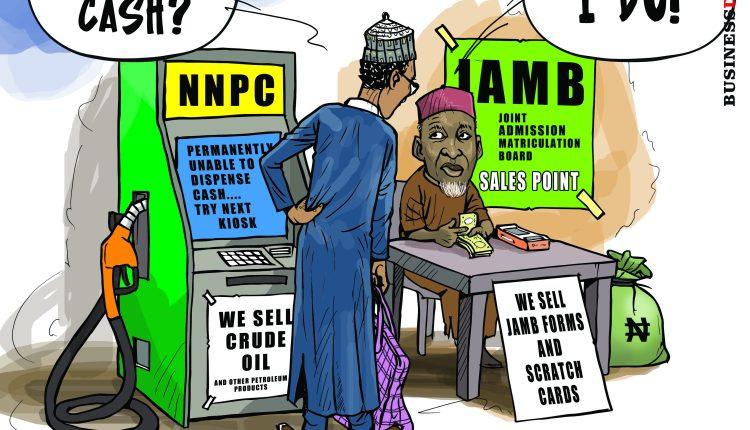 Ezra Yakusak, the Chief Executive Officer of the Nigerian Export Promotion Council (NEPC), said on Friday that the Federal Government earned exactly $4.82 billion from the non-oil export sector in 2022.

Yakusak made this known in Abuja during the presentation of the non-oil export sector performance for 2022 to newsmen.

According to him, this represented an increase of 39.91 percent over 2021.

He said that the figures represent data collated from the various pre-shipment inspection agents appointed by the Federal Government under the Pre-shipment Inspection Act, 2004.

He added that the result is the highest value ever achieved since the establishment of NEPC 47 years ago.

He said this current result lends credence to the fact that the several export intervention programmes initiated and executed by the Council and other sister agencies during the year under review were gradually yielding the desired result.

“About 214 different products, ranging from manufactured, semi-processed, solid minerals to raw agricultural products, were exported in 2022.”

“Of these products exported, urea and fertiliser topped the list with 32.87 percent.”

“It is worthy to note that our products were exported to 122 countries, with Brazil recording the highest import value of 12.27 percent,” he said.

Malam Mele Kyari, the Group Executive Officer of the Nigerian National Petroleum Company Limited (NNPC Ltd), said that the organisation is set to begin its first drilling operations in Nassarawa State in March 2023. An exercise that is a continuation of its oil exploration activities in the country’s inland basins.

Kyari stated this on Friday, when Nassarawa State Governor Abdullahi Sule and other dignitaries paid him a courtesy visit in his Abuja office.

He said in a statement read by Garbadeen Muhammad, Chief Corporate Communications Officer of the NNPC Ltd., that results of exploratory activities confirmed the presence of substantial hydrocarbon resources in the state.

He called for prompt action on the project as the global energy transition has led to a reduction in investment in fossil fuels.

“This work must be done very quickly because the whole world is walking away from fossil fuels due to the energy transition.

“The earlier you go to market, the better for you, otherwise, 10 years from now, no one will agree to put money into the petroleum business unless it comes from your cash flow,’’ he said.

Kyari described community support and a conducive environment as keys to a successful operation in the area in order to avoid the experience of the Niger Delta.

2023: Ooni charges INEC on successful conduct of the election

Oba Adeyeye Ogunwusi, the Ooni of Ife, has charged the Independent National Electoral Commission (INEC) with ensuring the successful conduct of the February and March general elections.

The Ooni gave this charge on Friday as he hosted Dr. Mutiu Agboke, the Osun State Resident Electoral Commissioner (REC), in the palace in Ile-Ife.

He promised to provide every support necessary to the electoral body but stressed, however, that the future of over 200 million Nigerians rests heavily on the outcome of the poll.

“I wish to laud this current administration for providing for the needs of INEC, and I also commend INEC for the introduction of high-powered technology to our electoral lives.”

“If you ask me, INEC has no reason to disappoint Nigerians, and I want to believe that that won’t happen.”

“The last election that was held in Osun is enough of a barometer for INEC to discover and overcome all possible hitches in its system so that we can have a perfect election.”

“The rumour that the election could be postponed has caused a lot of panic in the system, but I am also glad that INEC has debunked it and assured Nigerians that elections will hold as scheduled,” he stated.

A solutions platform developed by Goldman Sachs with the main objective of diversifying the investment bank’s earnings from its traditional mainstay of trading and dealmaking has cost the company a loss in excess of $3 billion.

Goldman Sachs Group Inc. reported on Friday that the loss persisted over a period of three years on the platform that houses transaction banking, credit card, and financial technology (Fintech) businesses.

According to Reuters, this is the first time that Goldman has given a detailed look into the financials for the consumer and fintech arms that were intended to diversify the Wall Street firm’s operations.

Oil up on China hopes, set for big weekly rise

With China’s growing demand for oil, a significant improvement in the relaxation of the “zero-COVID-19 policy” restriction has started to take effect as crude oil prices rose by about a dollar a barrel on Friday. This development sets oil up for its biggest gains in four months.

Brent’s recent rise started on Thursday and has so far gained 8 percent this week, while WTI recorded a similar gain with its 8 percent gain since, which is a good indicator for further rises next week.

However, the U.S. dollar lost strength this week, a situation many analysts see as a positive move for crude oil, making it cheaper for other buyers to buy oil.

Reuters also reported that recent Chinese crude purchases and a pick-up in road traffic in the country are also fueling hopes of a demand recovery in the world’s second-largest economy following the reopening of its borders and the easing of COVID-19 curbs after protests last year.