NRC keen about safety rules on Apapa freight on COVID-19 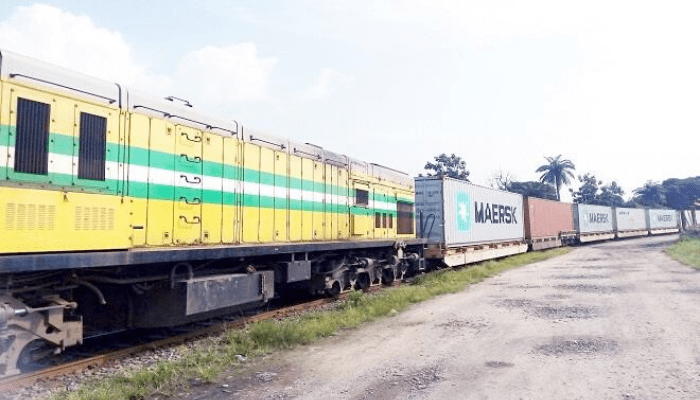 Despite the coronavirus-induced nationwide lockdown, authorities of the Lagos district of Nigeria Railway Corporation (NRC), says movement of imported goods into the country and taking in of export goods in containers for the APMT by the corporation is still ongoing as a way of decongesting the Apapa seaport.
Jerry Oche, Lagos regional district manager (RDM) of the NRC said a total of 19 numbers of the 40 feet containers or 38 numbers of the 20 feet conatiners are being moved on the existing narrow gauge line from the Apapa port to Ebute Metta Junction (EBJ) containing holding bay up to Ijoko station from where the owners of the said containers will move it to the destination points as well as dropping empty or fully loaded containers for exports.

He told BusinessDay on telephone chat last Monday, that the freight haulage out of Apapa port as complementary role to the Nigeria Ports Authority determination to decongest the ports was to scheduled to start on April 9, but could not begin as scheduled due to the series of health and safety training programmes given to the selected railway staff in line with the federal government guidelines on possible ways of containing the coronavirus pandemic.
Though Jerry Oche did not disclose the frequency and total number of containers moved out of the port and the amount of revenue generated by the Lagos district between the commencement date and at the time of filing this report, he said that, the services are being rendered whenever the Nigerian Railway Corporation is called upon to do so.

Official: German Bundesliga to return on May 15