Apapa differs from other locations as lockdown eases, Lagos residents troop out 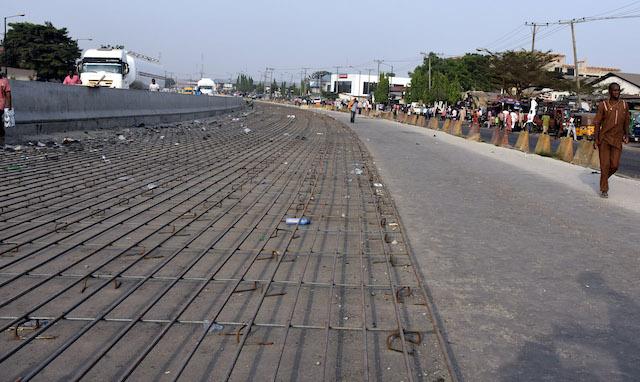 On the first day work resumed in Lagos after a month-long lockdown, Apapa, Nigeria’s premier port city known for its unnerving gridlock, chose to differ from other parts of the city by giving motorists free ride as the Apapa-Ijora Bridge, arguably the most stressed bridge in Africa, had no single truck on it for the better part of the day.

It is always a rare occurrence for the Apapa Bridge, which records over 1000 stationary trucks daily with more on thorough-fare, to be free of traffic as it was today when it was expected to be heavy.

“It is a pleasant surprise that on a day when people are rushing out of their homes and clogging the roads with gridlock, the trucks and their mindless drivers have chosen to leave the Apapa Bridge for other road users to enjoy. Where have all the trucks gone to?” queried Emma Ameke, a port operator.

“Apapa is defined by its own contradictions,” said Imeh Henry, a real estate industry expert, in a telephone chat, adding, “the city nourishes as much as it devours.”

He explained that as a port city that accounts for over 70 percent of import and export activities in Nigeria with an economy estimated at N20 billion a day, Apapa is also a hostile environment that has seen scores of businesses die and many landlords turned to tenants in other locations.

Driving through Lagos suburbs to the metropolis today, Monday, May 4, showed that this, indeed, was a day the residents, who had been on lockdown with a stay-at-home order, had been looking forward to.

The surge out of homes was incredible. Bus stops were buzzing with impatient passengers whose plight was not helped by the social distancing rule which demands that buses and tricycles maintain enough space by reducing the number of passengers they carry. Motorcycles are completely out of the way.

The surging traffic which defines Lagos roads has come back and was hectic on most of the routes taken. Travel time has increased significantly from what it was during the lockdown, meaning that Lagos is back or track, or so it seems.

BusinessDay observed that as the roads were busy, so also were banks jam-packed with customers in need of cash. All that the government and health experts had been preaching about social distancing was thrown to the trash can.

At the Gtbank branch on Isolo-Ejigbo-Ikotun Road, it was quite a crowd and many of them might not get attended to. Customers were seen pushing and pulling one another on long snaking queues.

The same scenario was observed at Access Bank branch in Aguda, Surulere where customers were not even allowed into the bank premises. Many of them were desperate, or so they seemed.

Melaye drags NASS, others to court over NCDC bill