...Targeted at the upwardly mobile with taste of distinction 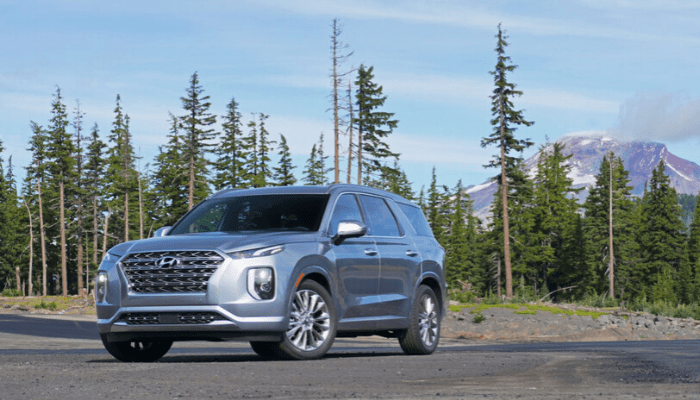 Despite the global threats of the ravaging coronavirus scourge, things are looking up in some local automotive dealer outlets and the first to lead the pack is Stallion Motors, following the arrival of the all new Hyundai luxury cross-over. The robust and exciting to drive luxury cross-over is being offered by the local franchisee with an introductory retail price of N28 million which company sources say represents value for money. The Korean automaker has taken a bold approach to crossover styling recently, and one of its most daring is the all-new Hyundai Palisade that debuted in the 2020 model year.

Palisade, a 5-door SUV with 8-speed automatic transmission is a mid-size sport utility vehicle manufactured by Hyundai Motor Company since late 2018. Like its predecessor, it features three rows of seating, with seating for up to eight passengers when equipped with a second-row bench seat. Launched in 2018 at the Los Angeles Auto Show, the Palisade was Hyundai Motor company’s flag in the sand and the biggest SUV the automaker ever built, as well as its most premium. It also rounded out Hyundai’s SUV lineup, having a model for the most economical to the most baller, with the aim of keeping buyers within the Hyundai family.

In terms of conceptualisation, design and over all delivery in terms of finishing, every detail was considered and it made a massive impression on everyone who climbed into its cabin during the show, exactly what Hyundai hoped would happen. Making a splash near the top of contemporary midsize SUV rankings, the all-new 2020 Hyundai Palisade comes with an abundance of cool technology, plenty of seating space, and a comfortable ride. Additionally, the safety and predicted reliability ratings are above average for the class. It may not be Hyundai’s first three-row SUV, but the latest Palisade certainly is its best and biggest that replaces the Hyundai Santa Fe XL, which suffered from a cramped third row fit for only occasional use. Its silky ride quality and premium interior appointments teeter at the edge of luxury.

With the Palisade SUV targeted at the upwardly mobile young executives with a taste of distinction, the Korean manufacturer appears to be a direct rival to Japan’s Toyota and Honda in terms of fit, finish, and affordability longer than it has not.
Executives at Hyundai Motor Company clearly want more, though in terms of huge spending on research and development (R&D) as well as building something with equal parts versatility, practicality, affordability, and comfort, with the major objective of taking out every other available SUV at the knees.