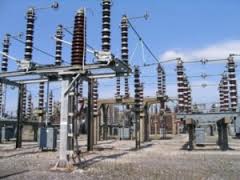 The Transmission Company of Nigeria on Sunday said it had restored full supply to the national grid at 4:54pm on the 10th of November, 2019, after the partial system collapse which occurred at 11.15pm on Friday, 8th November, 2019.

TCN noted that during the entire period however, the nation did not experience full loss of supply at the same time.

TCN in the statement explained that these made the grid to operate in two parts, with the second part which is the Western and Northern axis experiencing outage. It said that effforts immediately commenced to bring the Western and Northern axis back into circuit, and as soon as that was almost complete, meaning supply was available most of the areas, the Eastern axis went out.

According to the statement, as TCN went on to fully complete the restoration of the Western/Northern axis, it equally began the restoration of supply to the Eastern axis of the grid. It explained however that when the grid was almost fully normalized, there was a fire incident at the Onitsha Substation which necessitated the isolation of that substation, to save lives and properties.

At this stage, because the grid had not fully stabilized, the shutdown of Onitsha substation, led to the tripping of some power stations connected to the grid and supply loss in the North and Western axis.

Through the period of the power restoration process however, some other power stations equally tripped while others continued to supply the grid.

This means that there was no one time that the entire grid was down at the same time as TCN effectively utilized power from the power generating stations not directly affected by the incident to attempt to stabilize the grid.

TCN further noted that what had been described in the media as a second collapse does not exist as the process of restoration was still ongoing, during which technical hitches are expected.