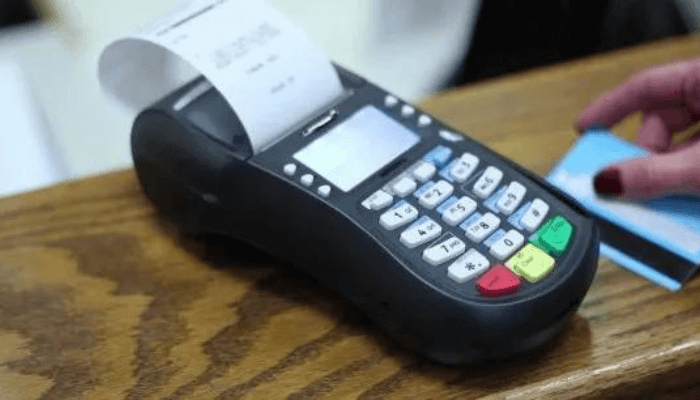 The apex bank had, in a letter to banks and other financial institutions on Tuesday, slashed the limits on cash withdrawals over the counter and via Automated Teller Machines (ATMs), Point of Sale (PoS), and cheques.

The CBN set N100,000 and N500,000 as the maximum limits for withdrawal over the counter by individuals and corporates respectively. The financial institutions are also mandated to load only N200 and lower denominations into their ATMs and the maximum cash withdrawal via the PoS terminals shall be N20,000 daily.

“In compelling circumstances, not exceeding once a month, where cash withdrawals above the prescribed limits are required for legitimate purposes, such cash withdrawals shall not exceed N5 million and N10 million for individuals and corporate organisations, respectively, and shall be subject to the referenced processing fees in (1) above, in addition to enhanced due diligence and further information requirements,” the bank said.

Although the CBN letter did not state the reason behind the policy, many experts have speculated that it is aimed at reducing vote buying during the February 2023 elections, boosting the cashless economy, and bringing more people under the financial system.

Kalu Aja, a personal finance expert, said the CBN may be hoping that limiting cash withdrawals will increase the value of the naira.

“For now, the CBN’s actions on the naira redesigning and limited cash withdrawals are still okay by me. (It needs to) ensure that PoS, mobile money, and other non-cash transactions are offered at reduced prices as well,” Aja said.

The policy, however, has put many stakeholders on tenterhooks. The Association of Mobile Money and Bank Agents of Nigeria said the cash limits will effectively run many of their 1.4 million members out of business. Victor Olojo, president of the association, said many of its members are already complaining about the plan, which could severally impact their source of livelihood. Hence, some members are calling for protests.

“Nigerians should brace up, as this is a challenge that the CBN is putting out to Nigerians to embrace technology. However, the difficulty would be felt as we still have a lot of transactions done with cash, especially those that are below the pyramid such as the market women and men who are petty traders,” he said. “This in essence means that once a bag of rice or flour is to be bought, is above N20,000, it has to be via e-banking. Looking at it, how many of these people are technology-savvy?”

Beyond the impact on banking agents or PoS operators, there is inadequacy in the PoS infrastructure. Between 2017 and 2022, the number of PoS terminals in Nigeria grew significantly, from around 155,000 to 1.1 million as of April 2022.

BusinessDay recently published a special report on the PoS market where it showed that while the PoS market is growing, with the total number of PoS agents hitting 1.9 million, distribution remains grossly lopsided. Cities like Lagos, Abuja, and Port Harcourt, where the income levels are high, command a large concentration of banking agents at the detriment of rural communities, which the agents were originally meant to serve.

Going by the SANEF data, the CBN’s new cash withdrawal limits, if implemented across the country, would ultimately push small businesses in these rural communities that depend on the few PoS terminals to the brink of collapse.

“It will encourage people to start saving their cash at home since they will be made to pay service charges on extra cash withdrawals. It will affect PoS businesses that have helped reduce youth unemployment,” Omonua said.

The policy may also be running ahead of the capacity of the existing payment infrastructure in the country. PoS transaction failures, merchant PoS apathy in a bid to avoid charges and delays in repayment, USSD service fluctuations and unavailability on weekends, regular banking app glitches or unavailability, delays in failed transaction resolutions, and high electronic banking charges are some of the issues that experts said they had hoped the CBN and its stakeholders would first address.

“Electronic transaction which has problems during the best of times will have significant issues presented with five times to 10 times of today’s volumes,” Adewale Adetugbo, a fintech expert, said. “Obviously, this was not modeled in any form and shows the lack of capacity and capability in public institutions. Have you asked banks to invest so they can handle the traffic peaks you envisage? Have you modelled the flows of physical cash?”

Taiwo Oyedele, head of tax and corporate advisory services at PwC Nigeria, said placing stiffer restrictions on cash withdrawals can drive a cashless economy. However, for him, a more effective strategy could have been to enhance the cashless economy infrastructure to remove or significantly reduce the challenges and irritations that people experience when transacting using electronic payments.

“Each of us regularly experiences unsuccessful electronic payment transactions either due to a bad network, switch failure, or even lack of electricity to charge the devices,” Oyedele said.

The CBN could have also opted to make the cashless economy more attractive by removing the frictions that create stumbling blocks to mass adoption, he added.