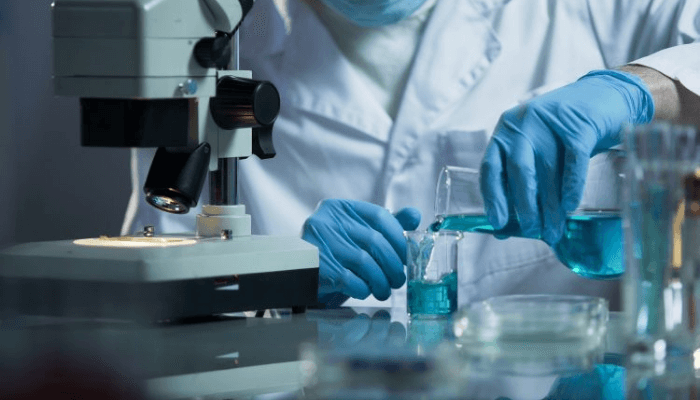 Nigeria’s low investment in scientific research has seen foreigners continue to dominate the country’s patent activities since 2011. The trend is unlikely to change given that the country’s entire budget of N157 billion for the Ministry of Science and Technology is still below the average spend on research by countries in Africa.

The foreigners – referred to as ‘non-residents,’ in a World Intellectual Property Organisation (WIPO) data, received 686, 300, and 642 patent grants in 2016, 2017, and 2018, respectively, compared to residents that got 200, 252 and 200 in the same period. Diaspora contribution to patent activities is not significant compared to peers like South Africa and Kenya. For instance, patent grants to diaspora Nigerians within the period were at 2, 11 and 5, whereas South Africa recorded 835, 992 and 862.

Although Nigeria has an enviable digital footprint with teledensity hitting 207 million in November 2020, it has often come at a very huge cost to the country’s economy, as almost all the technologies driving the digital boom are imported from countries with strong research industries. As of 2018, China, the United States of America, Japan, and South Korea owned the largest patents with 1.3 million, 285,095; 253,630, and 162,561.

Nigeria’s lag is not for want of human capital in science, some experts who spoke with BusinessDay said. There are hundreds of Nigerians working in well-recognised research facilities across the world and within the country in facilities sponsored by foreign institutions. In 2020, scientists at the Redeemer’s University were the first in Africa to determine the DNA of SARS-CoV-2 (COVID-19) and through their research found seven lineages unique to Nigeria of the virus.

The problem, according to the experts, has been that the Nigerian government has not paid particularly serious attention to scientific research. The country spent N2.5 billion on research in 2018, an expense a scientist in the US incurs in fixing his or her lab. South Africa spent about $20 billion on research in the same year.

Poor financial support is largely why scientists in the country are not motivated enough to make new discoveries or apply their minds to innovations that are patentable.

“Patent means nothing when you don’t have enough science activities. We are not scientific. We have a very good patent system, but foreigners are the ones benefiting from our patent policy. Most of the research in Nigeria is led by foreigners and many of them are initiated outside the country.

“Foreigners come here because they need the patents to protect their business, the foreigners come with global grants and lawyers are making a lot of money from patent registration. We have a disdain for science in Nigeria,” Emeka Azuka Okoye, CEO of Cymantiks, told BusinessDay.

Nigeria’s innovation space is governed by a Patent and Designs Act that was formulated in 1971 and has never been reviewed since then. There are experts who say that considering the longevity of the Act and the lack of attention by lawmakers in bringing it up to date with current realities, it could not be regarded as capable of meeting the current needs of Nigerians regarding the protection of their intellectual property rights.

This is because, for them, the law has failed to proffer solutions to some of the challenges faced by inventors during the process of registering a patent, such as the absence of a definite timeline for the registration process. This is due to the administrative bottlenecks and bureaucracies that characterise similar registration processes in most government agencies.

A patent refers to a right granted to an inventor by the Federal Government that permits the inventor to exclude others from making, selling, or using the invention for a period of time. The patent system is designed to encourage inventions that are unique and useful to society.

According to Danladi Verrheijen, managing director of Verod Capital Management, the future of innovation requires a policy in an environment that is in line with current realities.

Nevertheless, Nigeria is not the only country with an old patent policy.

Samuel Ireke, a lawyer and managing director of Law Nigeria, said the 50-year-old Patent and Design Act could also be an indication that Nigeria has had a stable legal policy framework that has been around for half a decade with minor disruptions except for complementary instruments like the Patents and Designs (Convention Countries) Order (1 December 1971), the Patents Rules 1971 made pursuant to the Section 30 of the Principal Act and the Patents and Designs (Additional Saving Provisions) Order (November 27, 1972).

For comparison, India has the Patents and Designs Act 1911; the UK has the Patents Act 1977 and the Copyright, Designs, and Patents Act of 1988; South Korea has the Industrial Design Protection Act of 1961 (last amended in 2009). In 2020, Indonesia enacted extensive reforms in their Intellectual Property regime that encompassed patents and designs too, while Jamaica repealed and re-enacted its Patent and Design Act. Ghana has separate instruments for both Patents and Industrial both of which were enacted in 2003.

“While it can sometimes look like the egg and the chick conundrum, it is generally the case that when it comes to patents and industrial designs, every country grapples with complex dynamics trying to balance its policies so as to help original local innovations while actively working to harness as many foreign innovations as possible to meet its pressing developmental challenges with the hope of leveraging – long to short term – the emergent opportunity to advance local innovation through collaborations, capacity building, corporate espionage, legal heist, and even outright theft,” Ireke said.

While it is true that countries approach science research from different angles, Okoye said in the case of Nigeria, there is no actual vision at work. Instead, there is more noise compared to real innovation. Digital innovation has grown on the hype of the so-called tech industry.

“What is happening with startups is not technology. It is the application of science, writing code on somebody’s platform is not tech. People need to understand this. We are not building software or the value chain, but we are doing it on the cloud so we can build an enterprise. Tech is the application of science. What have we been doing with science? The country is not doing enough,” Okoye said.

To change trajectory, the country would need to redirect its focus. Ireke suggests that Nigeria can build a corps of technical and vocationally competent professionals whose expertise and instinct is to improve things around them right where they are.

“Such communities are the sort that aspires after and commit to marginal innovations in the existing state of things – devices, tools, structures, etc – around them. That is how patentable assets and designs that are registrable emerge locally,” Ireke said.

TransferWise to make transfers from pounds to naira cheaper