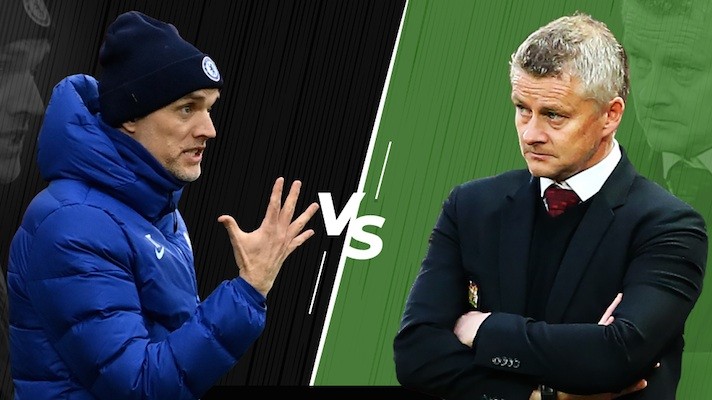 United manager, Ole Gunnar Solskjaer, believes the race for the Premier League top four will go down to the wire as Manchester United prepare to face Thomas Tuchel’s revitalised Chelsea on Sunday.

United were knocked off top spot by Manchester City on January 26 and a run of just two wins in six top-flight matches means they are now 10 points behind their rivals.

Second-placed United head to the Etihad Stadium for a Manchester derby clash on March 7 but before then they have back-to-back fixtures away to London clubs, with Sunday’s match against Chelsea followed by Wednesday’s game with Crystal Palace.

“We’ve got Chelsea just behind us, we’ve got City away in front of us,” said Solskjaer. “Of course we can’t let them run further away if we have ambitions of catching them and we can’t give Chelsea too much hope to catch us either.”

Solskjaer believes United are over their recent wobble ahead of the match at Stamford Bridge, where Tuchel has made an impressive impact since succeeding Frank Lampard last month.

The Blues have yet to lose under the German and can halve the six-point gap to United on Sunday as the race for Champions League qualification spots heats up.

“Tuchel has done really well. It’s never easy coming into a season halfway through so he must be pleased as well. Hopefully we can stop that run. That’s my job now.”

The Norwegian predicted a tense battle for Champions League places with a third of the season still to go.

City, United, Leicester and West Ham are currently in the top four but a clutch of teams, including Chelsea and champions Liverpool, harbour ambitions of dislodging them.

“I don’t think the positions will be decided early,” said former United striker Solskjaer. “With this season as well, it’s unpredictable.

“We’ve seen teams going through bad phases then a run and then who knows what’s going to happen with injuries, with how players react to the circumstances.”

Thomas Tuchel has been a breath of fresh air since taking the coaching reign at Stamford Bridge.

The enigmatic German is unbeaten since jetting in from the continent; overseeing four straight Premier League wins bookended by draws with Wolves and, last weekend, against stubborn hosts Southampton.

Two points is the gap between the Blues and London rivals West Ham in fourth place, with Tuchel’s pressing game prompting a rise back up the EPL rankings as the business end of the campaign approaches.

Thiago Silva is the only major doubt for Tuchel, who may have held the veteran back in the Champions League in midweek with an eye on domestic matters.

Old schemer Olivier Giroud will also hope his eye-catching European winner is enough to keep his starting berth up front.

Chelsea can boost their Champions League qualification ambitions with victory and also closing the gap to United to just three points.