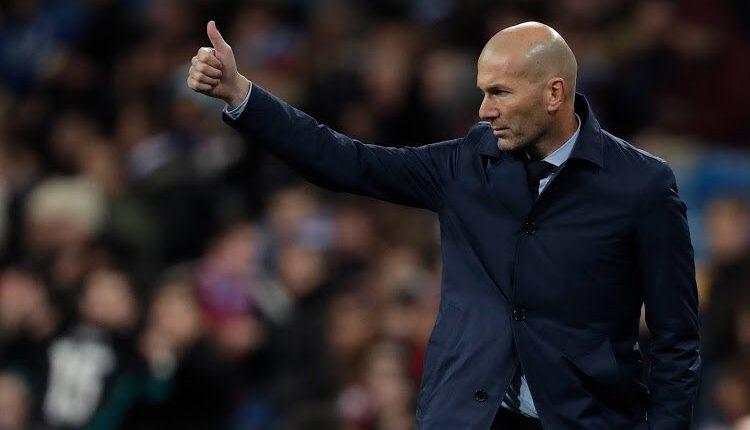 Real Madrid manager Zinedine Zidane insists nothing has changed in LaLiga’s title race despite Barcelona handing Los Blancos the chance to go top of the table if they beat Real Sociedad on Sunday.

Barcelona’s goalless draw away at Sevilla on Friday means Real Madrid will move above them with a win at Anoeta this weekend due to a superior record head to head.

After his team’s slip-up, Gerard Pique admitted it would be “very difficult to win this league” and said Real Madrid might not drop any more points during the run-in.

“Nothing changes,” said Zidane in a press conference on Saturday. “People can say one thing or another but what interests me is the game tomorrow. I have my opinions but I am not going to say them because the same could happen or the complete opposite.

“Everyone can give their opinion but we are thinking of the next match. It’s what engages us and nothing else.”

Real Madrid have beaten Eibar and Valencia since the return from the three-month suspension and Karim Benzema has continued his excellent season by taking his tally to 21 goals in 38 games.

Benzema scored twice against Valencia, with the second goal a stunning control and volley into the top corner.

“I don’t think much has changed with Karim, maybe just his age and experience,” Zidane said. “He has been here for many years now and to me he is the same player but he knows it’s always possible to improve and that’s what he is doing.

“He takes care of himself and has a lot of ambition. People are always interested in how much he is scoring and if he doesn’t score, everything is bad. But that’s not how I look at it.

“He gives us so many things and if he scores goals, all the better, but I am not interested in a number nine that only scores and otherwise doesn’t affect the game. Karim does both.”

Marco Asensio also enjoyed a special night against Valencia as he scored with his first touch after coming on to make his first appearance in a year. Asensio had been out with a anterior cruciate ligament injury.

“I am happy with what happened but he has to go step by step,” said Zidane. “We have time, we don’t now think that’s it, he must play every game, no, we have to stay calm. After a serious injury you have to go slowly and that is what we and him are doing.”