Football, the Nigerian gold begging to be mined

To describe football as an industry would be stating the obvious.

Club earnings in the English Premier League are the highest in the world. Aside from what every club gets from the league, win or lose, they still attract sponsorships and other forms of support from corporate organisations. This increases the revenue base of clubs who in turn deploy the multiple sources of funds to retool their squad capacity.

It is no more news that players like Pogba cost Manchester United a world record transfer fee of £89.3 million, and Lionel Messi’s two-year contract with PSG ensures a $41 million annual net salary. These monies find their way into the economies of the country these football stars play in.

There is no doubt that football is a money-spinning sport as the game is not only beautiful but also thriving in the Western world. As individuals, players earn millions from corporate sponsorships by brands that want to connect with their target market, not to mention cashflows from TV rights.

Brands like Nike, Adidas, Reebok, Puma, Umbro, among other sportswear brands sign various deals that see players put on branded boots anytime they play. But this is not restricted to sportswear brands as we have seen brands that have no direct affiliation with football exploiting the round leather game to connect to the emotional attributes of their markets.

A typical example would be the three-year sponsorship deal with current PSG FC and former Barcelona FC forward, Lionel Messi signed with Budweiser; a deal that was activated by customising 644 bottles of Budweiser in commemoration of the 644 goals the football maestro had scored at the time.

Psychographic marketing is deployed to identify what consumers like, do and why they like and do what they do. This insight helps the brands to understand the kind of programmes their consumers watch, the kind of clothes or designs they wear and their lifestyle. 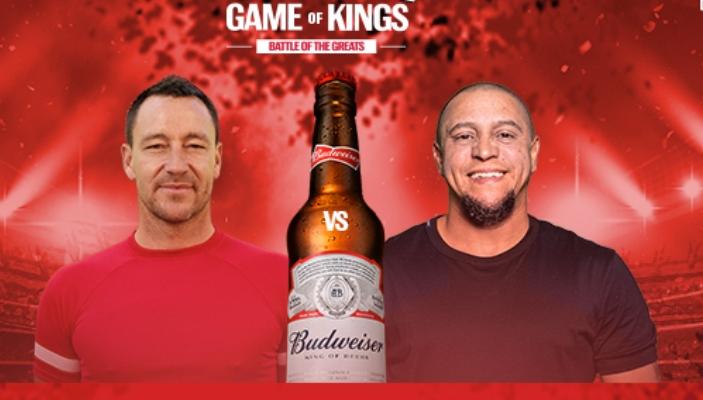 In Nigeria, however, brands seem to be in no hurry to catch up with the marketing trends of the rest of the world especially as it concerns football. The Nigerian Professional Football League is not as vibrant as its European or South American counterparts.

This has led some to wonder if football is dying in this part of the world because of apathy, especially, from the business community. Nigerians hardly watch local teams play unlike in the 70s where clubs had the support of the corporate world. The fan apathy persists even with security at the stadium except when the national team is playing. This suggests that the problem is not exactly security.

This need to replicate the love Nigerian football fans have for foreign football leagues here in Nigeria is one of the reasons Budweiser, an international premium lager beer from the stables of International Breweries Plc, a proud part of the world’s largest brewer with over 400 beer brands, AB InBev initiated the football-themed campaign tagged Budweiser Game of Kings.

Budweiser Game of Kings will see Nigerian football enthusiasts get a chance to coach a team that will feature two of the world’s biggest international football legends, former England and Chelsea central-back, John Terry, and ex-Brazil and Real Madrid left-back, Roberto Carlos who will play alongside select stars from the NPFL.

Budweiser Game of Kings is participatory and rewarding to fans and enthusiasts alike who believe they can coach a football team. It’s an opportunity for football lovers to demonstrate their mastery of the game and attempt to achieve where their team’s coaches have failed.

John Terry and Roberto Carlos will be in Nigeria for the Budweiser Game of Kings match and play with the best selection from the NPFL. Two lucky fans will have the honour of managing the teams on match day.

According to Tolulope Adedeji, the Marketing Director, International Breweries Plc, who urged consumers and fans of football to follow @Budweiser on social media for comprehensive information about the campaign, “Consumers can participate by buying a bottle of Budweiser and entering the unique code under the Budweiser crown cork on the website or texting the code to the USSD: 7827.

Consumers stand a chance to be selected either as team managers or get VIP invites to watch the match live in Lagos, Nigeria. If selected as team managers, they will be able to choose from a list of players in the array of clubs in the league to form their first eleven team players who will feature as teammates to John Terry and Roberto Carlos during the live match. The selected managers will also be sponsored on an all-expense-paid trip to watch a live EPL match (terms & conditions apply).”

Budweiser Brand Ambassadors and co-hosts of the Kings of Football show on SuperSports TV, Jimmie Akinsola and Ozoemena Chukwu, along with fellow brand ambassador, Ebuka Obi Uchendu will be handling the fan clubs for this highly tactical football game.

There’s excitement in the air as Nigerians await the football legends who will thrill football lovers with their dexterity on the field of play. The Budweiser management hopes that the campaign will reignite the interest and passion for the round leather game from fans who will get to see how their domestic stars fare against the international legends, and the corporate world, who will begin to view the Nigerian League beyond the narrow prism of sub-standard pitches, delayed salaries, and irregular calendars and see it as a football league that has the potential to be as big as any other league in the world.

The players and the league will benefit from the massive publicity of having Roberto Carlos and John Terry play in a match and it will be an unforgettable morale booster for the Nigerian footballers who will play against and with their football idols.

Budweiser is a sponsor of the English Premier League and the Spanish La Liga, two of the biggest leagues in the world. This is history being made, and a statement that football is not just a game but also a business that can transform the fortunes of any country.

Shoprite: How Nigerians can impact the economy leveraging local investors