For the fifth consecutive years of the Access Bank Lagos City Marathon, East African Countries have been taking home the prize monies in both male and female categories.

Also, Debeko Dakamo from Ethiopia (2:10:55) and Paul Chege (2:1123), Kenya were second and third in the men’s category, while Kebene Urisa and Tanui Jekporir also finished second and third respectively in the women class. And they got $40,000 and $30,000 each respectively courtesy of Access Bank Plc.

Speaking at the event, Lagos State Governor Babajide Sanwo-Olu, expressed satisfaction with the race and pledged his administration support to boost sports and tourism.

“We want to put Lagos City Marathon on the global marathon calendar and we are on our way there. Very soon, it will become a marathon that athletes from every part of the world will come and join us. Today’s event is the beginning of our administration’s tourism agenda,” he said.

The governor also added that the marathon had been able to boost the tourism potential of the Lagos state. 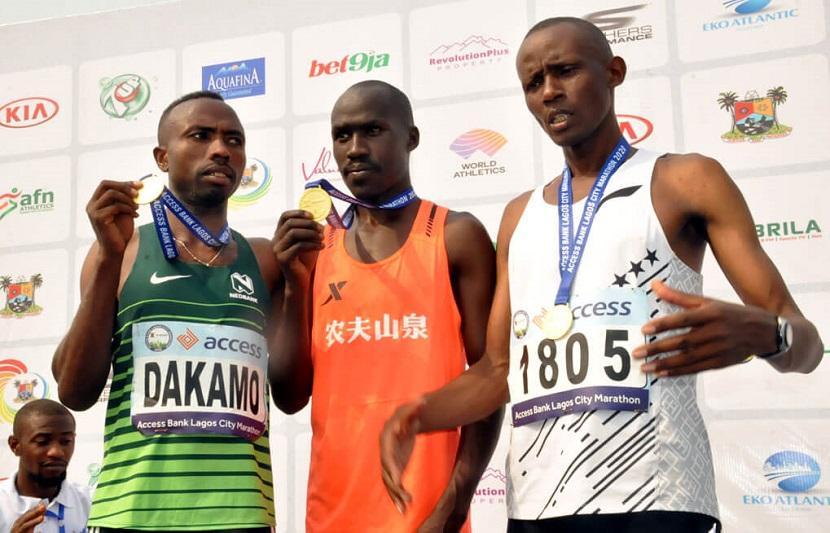 “We want Lagos to remain on the tourism master plan of athletes worldwide. We want the marathon to also become part of us because we all want to live a healthy life. We want it to be a work and play environment, we want to keep fit and we want to make healthy running a way of life for all of us so that we can reduce sicknesses amongst ourselves,” the governor said.

Dr. Herbert Wigwe, The Managing Director, Access Bank Plc, tile sponsor of the race thanked the governor for his unwavering support and cooperation for the success of the event. He promised that Access Bank would continually impact communities it serves through “eliminating environmental and economic issues, as well as investing in activities that have a strong impact on the social structure of these communities,” Wigwe said.

Meanwhile, Emmanuel Gyan and Deborah Pam finished first in the men and women’s categories by Nigerians.

The Chief of Army Staff, Lt Gen Tukur Yusuf Buratai fired the starter pistol at the National Stadium Lagos at exactly 6.30am. 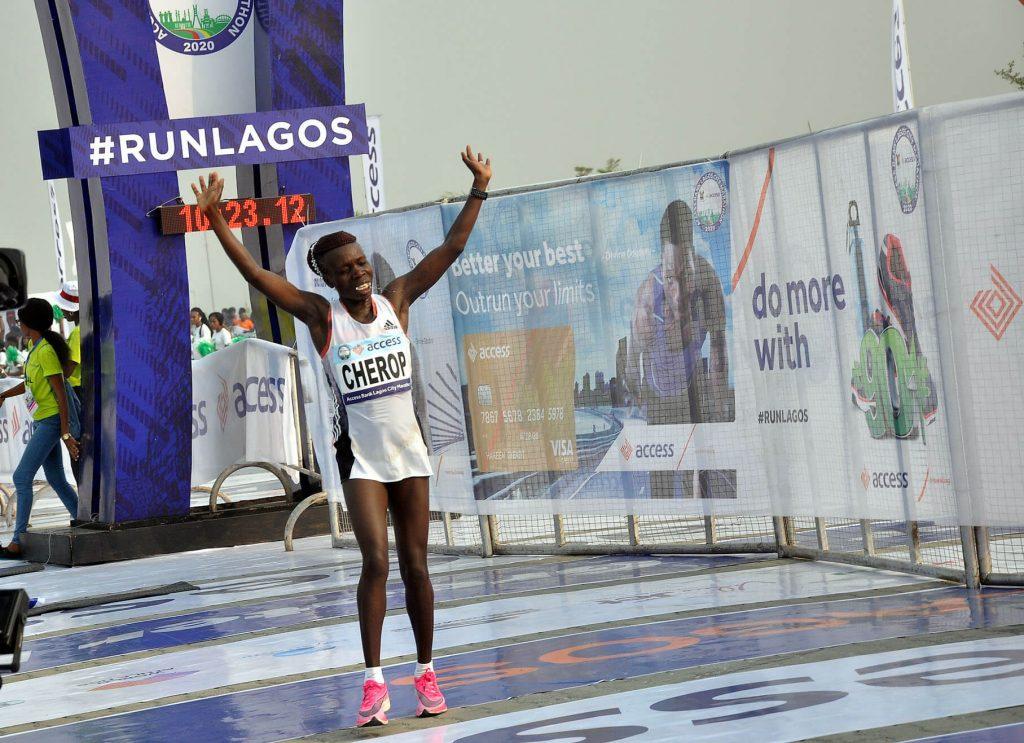 This year, both male and female 42km runners compete for the grand prize of $50,000 while the second and third place winners will get $40,000 and $30,000 respectively. The prizes go all the way to the tenth positions. For the 10km race, the first male and female runners will drive home in brand new Kia Rio cars while the second and third place winners get N1,000,000 and N750,000 respectively. With mouth-watering prizes such as these, it is expected that all the participants will have the required motivation to reach the finish line.

NAHCO profit increases by 431% in 2019 on cost minimisation

US Stocks Drop Most Since February 2018, Oil plunges

Reps renew calls for resignation of Service Chiefs over Boko…