Coppa Italia: Juventus through to final as Italian football restarts 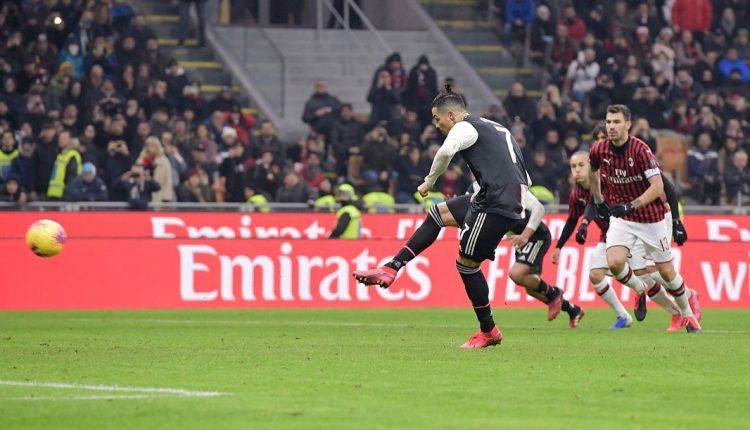 After three months of stoppage due to the outbreak of coronavirus, Italian football came alive on Friday Night, as Juventus were held to a 0-0 draw by 10-man AC Milan. Cristiano Ronaldo missed a penalty,  but the Turin side still squeezed into the Coppa Italia final.

Juventus qualified for Wednesday’s final on away goals following their 1-1 draw in the first leg of the semi-final, played on Feb. 13, and face Napoli or Inter Milan who meet on Saturday.

The two key moments happened within six seconds of each other early in the match played behind closed doors at the Allianz Stadium.

Juventus were awarded a penalty in the 16th minute after the VAR officials spotted the ball hitting Andrea Conti’s elbow but Ronaldo, whose late penalty in the first leg turned out to be decisive, slammed his effort against the foot of the post.

It was the second penalty missed by the 35-year-old in two seasons at the club.

Milan cleared the ball upfield but, as they did so, forward Ante Rebic aimed a wild kick at Danilo and was sent off, forcing the visitors to play for more than 70 minutes with 10 men.

Milan, missing veteran forward Zlatan Ibrahimovic with a calf injury, held out well but rarely threatened to snatch the goal that would have taken them into the final.

They caused Juve only one real fright when Hakan Calhanoglu was close with a diving header early in the second half.

“The emotions are strange,” said Juventus defender Leonardo Bonucci. “After 90 days, we were playing again in an empty stadium and it was strange at the start.”

Juventus coach Maurizio Sarri did not give a post-match interview while his counterpart Stefano Poli was left to reflect on the goal they conceded at home and Rebic’s red card.

“We committed the naive act of ending up with a man less. Then afterwards we had a great game and then we had chances to go ahead,” he said.

“The results are clear, two draws. The difference was subtle. I don’t think we played worse than our opponents in the two games.”

Oyo to Dualize Airport Road, reconstructs seven others across state