A Q&A with BusinessDay about Studying in Ireland 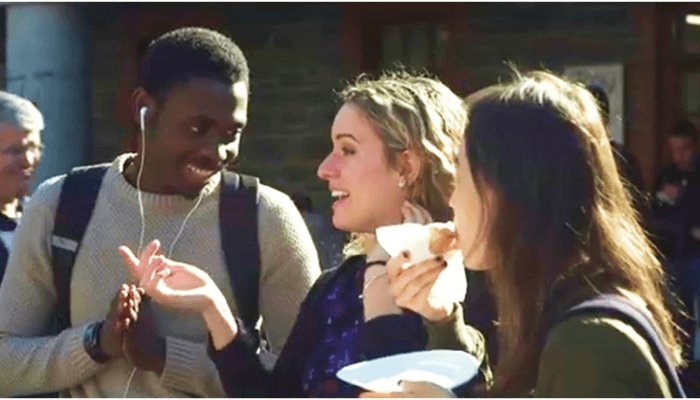 Why is Ireland an ideal study destination for Nigerian students?

Ireland is an English-speaking country with a long tradition in education. All of Ireland’s universities are ranked in the top 5% globally and Ireland’s Technological Universities are renowned for their close links with industry and their highly employable graduates. The country offers a buzzing, multicultural society where students will certainly find the highest education standards and warmest of welcomes. Ireland is also well known for being a safe, welcoming society. In fact, Ireland is one of the ten safest countries on earth, according to the Global Peace Index 2022.

In many rankings, Ireland emerges as a clear favourite for Nigerian students. For example, the country has the youngest population in the EU, the highest level of STEM graduates in the EU, economic growth of 13.5% in 2021, the 5th highest International Share of the Workforce, and globally it ranks 2nd in the Human Development Index. And I could go on and on. Studying in Ireland means that Nigerian students join a young, innovative country with a vibrant economy.

How does it differentiate itself from other higher education destinations such as the US, UK, Canada, and Australia?

A key advantage of studying in Ireland is that students at the post-graduate level can avail of a two-year ‘stay-back’ option after completing their course. At a time when other countries are tightening their visa rules for international students and graduates, Ireland has taken the opposite approach. Non-EU students in Ireland, when they complete their studies, can remain in the country for a further two years to seek suitable employment. As such, Ireland can be an ideal place for high-performing students to kick-start their careers.

Over 1,000 multinational corporations have situated their European headquarters in Ireland. Their education in Ireland will equip students with skills and knowledge most sought after by these companies. Many of these companies also run their EMEA activities out of Ireland, thus giving Nigerian students an opportunity to stay connected to their homes once they start their career at such a company.

Moreover, the proximity of Ireland compared to e.g. Canada and Australia is a plus. Parents of students in the undergraduate age appreciate that the country is in the same time zone (max 1hr difference) and just an 8-hour flight away from Lagos.

In the Brexit aftermath, will Ireland be a more attractive education destination? Why?

Since the Brexit vote, Ireland’s higher education institutions have seen a notable increase in applications and inquiries for higher-level programmes. It is expected that Brexit will lead to an increase in international students and researchers choosing Ireland. Ireland’s membership in the European Union has played an integral role in building Ireland’s reputation as a location for world-class research and as a centre of excellence in higher education. All of Ireland’s universities are ranked in the top 5% globally and in many fields of research rank in the top 1% globally.

In terms of post-study work opportunities for graduates, Brexit could also present an opportunity for Ireland. After Brexit, Ireland will be the only English-speaking country in the European Union. Many companies have relocated to Ireland after Brexit, thus fortifying the economy. Testament of this is that Ireland’s economy was the only one to grow in the EU during 2020 – when the covid-19 pandemic was at its worst.
One thing is for sure, students and parents who are looking at study abroad options should certainly consider Ireland as a destination. Students will experience one of the friendliest and most welcoming countries in the world. 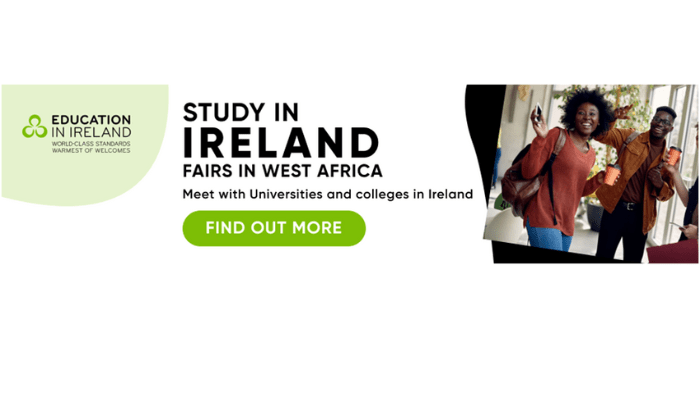 How does the Irish education system ensure students are equipped with the right skills that will land them jobs?

Ireland’s world-class education institutions have shown the ability to deliver ‘employment-ready’ skills so students can transition smoothly into the workplace. A real strength of the system in Ireland lies in the fact that its higher education institutes (HEIs) are not only dedicated to academic excellence but are highly innovative. Continuous innovation in higher education has been an important driver of Ireland’s knowledge-based economy; which has led us to be the fastest growing economy in Europe and the only growing one in the EU in 2020. Ireland is also one of the most innovative economies in the world. Ireland’s rapid rise in world rankings for Research and Development is notable. In 19 fields of research, Irish universities are in the top 1% of the world. For example, in recent years Ireland are ranked second in the world for nanotechnology, second for immunology, second for chemistry, third for material science, and fourth in the world for agricultural science. A network of applied research centers within Ireland’s higher education system, as well as a robust Ph.D. framework play important roles in fostering continuous innovation.

What are the policies related to ‘stay back options’ and getting work visas post getting a bachelor’s/master’s degree from Ireland?

Ireland’s Third Level Graduate Scheme or ‘stay back option’ allows international graduates the opportunity to remain in Ireland to seek employment in dynamic sectors such as ICT, biopharma, engineering, medical devices, food science, and financial services. If a graduate secures an offer of employment they may apply for a work permit, with the support of their employer. A work permit will allow the individual to stay on for a further period of time, depending on the terms of the contract.

For further details of the Education in Ireland fairs, visit:
www.educationinireland.africa