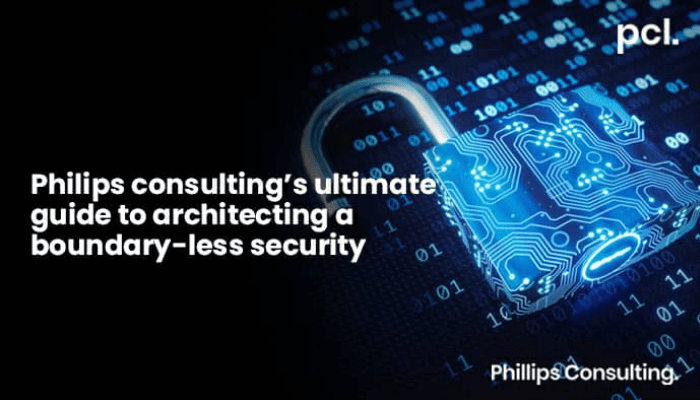 Many years ago, the firewall was everything. Defence-in depth was a concept defined as layered defence with multiple firewalls on the path. Behind the firewall was a fortress. Organisations designed networks with strong perimeters and demilitarised zones to ensure the crown jewels were well-protected. Attackers had a difficult time trying to break into the firewalls. On the physical layer, Network Admission Control (NAC) technologies were implemented to prevent intruders from having direct access into the network by preventing them from plugging unauthorised devices into the network. Before a device was admitted, it had to meet a minimum requirement defined by the organisation.

Those years are gone and maybe gone forever. Cloud computing, Bring Your Own Device (BYOD), Artificial Intelligence, Internet of Things (IoT), VPNs and Remote Working Capabilities have dramatically changed the way businesses run. These technologies have introduced a level of innovation and disruption that were unimaginable only a few years ago. They have resulted in the collapse of the traditional network perimeter, thereby increasing the attack surface for cyber-attacks. Enterprise networks coverage is today being extended beyond our imagination – outside the traditional datacentres to smartphones, cloud platforms, mobile computers and IoT interfaces without geographical boundaries. The bad guys now have a plethora of interfaces to launch their attacks on; they do not have to breach the network using traditional social engineering tactics physically. The recent changes in the work environment occasioned by the COVID-19 has further amplified the extension of network boundaries beyond the traditional datacentres. Employees work from home with devices and connections into the enterprise networks that were not originally designed for such. Improvised connections were made to allow functionality because the pandemic came without announcement.

The danger this poses is that some of these end devices were not originally designed with security in mind. Even if security was a consideration, not so much for enterprise data protection. These devices are most of the time not hardened, and their owners may not understand the effects on the overall organisational security posture. A handful of these devices are installed with default passwords, and most times, these passwords are not changed during or after installation. So it is easy to guess the password by manual methods or using advanced dictionary or brute force attack methods. Another risk posed by these endpoints is the lack of security updates and patches. Because they are sometimes not seen to be part of the enterprise network, they are not included in the patch management programme, and their presence introduces high-level vulnerabilities within the enterprise network. It then becomes easier to utilise malware that could tunnel through the firewall to breach the enterprise network, instead of spending months and years trying to break into the firewall or layers of firewalls. In recent years, large-scale attacks have been launched using malware by exploiting known vulnerabilities and security gaps on endpoints. For example, the WannaCry, Petya and another variant of Petya, the NotPetya were employed to launch attacks on enterprise networks through vulnerable endpoints. Another danger with this trend is potential data leakage because these devices are used to either temporarily or permanently store organisational data.

There is also concern about device loss. If these devices are lost, there is a risk of exposing the organisation’s data to unauthorised entities, and that could both result in financial and reputational damage. These dangers are also expanded by the impact of the COVID 19 pandemic, where organisations made ad hoc improvisions to support businesses while employees work from home. As commerce resumes, organisations are beginning to discover some capabilities to support their businesses remotely, and they are also rethinking their business continuity strategies. For some businesses, this is not just a temporal shift, but a change which has permanently altered the operational procedures of the organisation.

Legacy cybersecurity strategies, techniques and investments will not be enough to mitigate the rising cybersecurity concerns introduced by this new way of working. Protection has gone beyond throwing in uncoordinated technical solutions and efforts. Organisations need to rethink a new approach for the protection of their assets within the ever-growing complexity both to remain afloat and also to derive commensurate Returns On Security Investments (ROSI). A well-crafted strategy will ensure that cybersecurity efforts are coordinated within the enterprise, without duplication of efforts and resources, which will, in turn, drive down the cost of implementing cybersecurity initiatives.

To improve the security posture, organisations must do the following:
1. Continuously monitor the devices, applications, and processes running on the network.
2. Automate security monitoring and mitigation.
3. Implement systems that are capable of automatic detection, isolation and containment of threats within the network.
4. Ensure that monitoring covers event data, session data, and historical data on endpoint usages, such as past processes, network connections, and other information.
Another measure organisations should take is reducing complexities. The extension of the network boundaries has not stopped organisations from using existing network solutions to protect the enterprise network. However, in a bid to ensure the protection of the on-premise infrastructure and the ones beyond the organisational traditional network boundaries, organisations combine existing technologies with new solutions and the resultant effect is an increase in complexity. To effectively manage security, organisations should put measures in place to ensure a reduction in complexity and enhancing visibility. This can be achieved by unifying all efforts and technologies for managing both on-premise and off-premise infrastructure in a single platform. Beyond technical controls, organisations should develop procedures, standards, and policies for acceptable use of organisational resources.

Everything you need to know about Cryptocurrency