FCMB Group Records Impressive Half Year Results as Profit Before Tax Rose by 26% to N11.1 billion 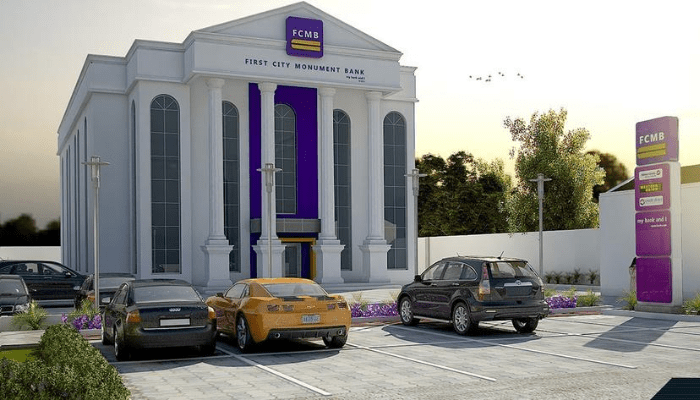 FCMB Group Plc has again proved its resilience and capability to deliver outstanding performance and returns to customers and shareholders going by the half year results of the financial institution released recently. For the six months ended June 30, 2020, the Group’s profit before tax (PBT) rose by 26% to N11.1 billion compared to N8.8 billion in the corresponding period in 2019. Profit after tax increased by 29% Year-on-Year to N9.7 billion. This translates to a return on average equity (RoAE) of 9.4% and earnings per share of 49 kobo, a Year-on-Year improvement of 16% and 29%, respectively.

The half year results also showed that the Group recorded an increase in gross revenue by 9% to N98.2 billion as against N89.8 billion for the same period last year. Net interest income equally rose by 17% for the first half of 2020 to N45.4 billion from N38.7 billion posted in the first half of 2019, while non-interest income stood at N17.5 billion, an increase of 14% compared to N15.3 billion within the six months period last year.

The subsidiaries of FCMB Group, who are market leaders in their respective segments, also performed satisfactorily within the six months period. The Commercial and Retail Banking arm (comprising First City Monument Bank Limited, FCMB UK, Credit Direct Limited and FCMB Microfinance Bank) reported a 42.9% Year-on-Year increase in PBT. This was due to an increase in net interest income, fixed income instruments, trading income and foreign exchange income. PBT also improved by 4.1% Quarter-on-Quarter due to an increase in fixed income instruments, trading income and FX Income, as well as a decrease in expenses due to operational efficiency.

Corporate & Investment Banking (comprising the Corporate Banking Division of the Bank, FCMB Capital Markets Limited and CSL Stockbrokers Limited) saw its performance improve Quarter-on-Quarter. This was driven by an increase in net interest income and non-interest income. CSL Stockbrokers returned to strong and sustainable profitability, moving from a PBT of N18 million in half year 2019 to N201million in half year 2020, representing a 1034% Year-Year growth.

Investment Management (comprising FCMB Pensions Limited, FCMB Asset Management Limited and FCMB Trustees Limited) grew its Assets Under Management (AUM) by 7% Quarter-on-Quarter and 28% Year-on-Year to N455 billion. The growth in AUM reflects the increasing effectiveness of product sales strategy, which leverages the FCMB Group’s distribution strength and digital innovation. The Group’s Pensions business contributed 75% of half year 2020 AUM, compared with 83% within the same period in 2019. Other business lines accounted for 53% of the N99 billion Year-on-Year growth in AUM.

Analysts are of the opinion that with this impressive performance despite the challenging operating environment, FCMB Group is on a stronger pedestal to sustain its leading position in the financial industry and the Nigerian economy.

Over the years, the institution has created tremendous opportunities and added significant value to customers, shareholders and other stakeholders through innovation and its customer-focused approach anchored on its culture of excellence.

Why Samsung Wants to Destroy LADOL