Bitcoin and Inflation: Everything you need to know 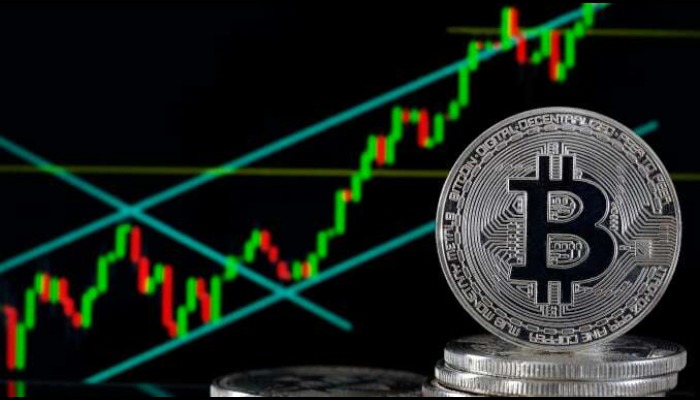 The idea behind the frequent promotion of Bitcoin (BTC) as an inflation hedge is the belief that fiat money would eventually lose value due to central banks issuing money. In contrast, there is a fixed supply of 21 million coins in Bitcoin. With a limited upper limit, Bitcoin has an advantage over inflation. But is Bitcoin immune to inflation?

Due to the COVID-19 pandemic, many nations printed more currency to meet their citizens’ need for stimulus measures, which increased inflation and hampered economic growth as it decreased the purchasing power of money. According to McKinsey Global, governments worldwide have contributed $10 trillion by June 2020 to help stabilise the economic chaos caused by the global crisis.

The value of limited assets like equities, shares, real estate, and Bitcoin increased while the value of fiat money decreased. Despite widespread unemployment and economic upheaval, these assets’ prices gradually increased. Bitcoin experienced a historic price run that saw the decentralised digital asset earn over 250%, thanks to the interest of traditional investors who recognised the cryptocurrency’s potential as a hedge against inflation.

The general characteristics of inflation include a rise in the cost of consumer items and a gradual decline in the value of currencies. Cryptocurrencies like Bitcoin often have low inflation rates due to their limited supply, thereby making Bitcoin trading profitable.

Even though the economics of the crypto market is complicated, some cryptocurrencies, such as Bitcoin, are built to either resist inflation or have predictable, low inflation rates. Staying abreast of Bitcoin news in Nigeria and across the globe, investors can predict if there will be a bullish or bearish Bitcoin market over time. Additionally, although Bitcoin is hailed as a hedge against inflation, recent economic changes have seen Bitcoin’s performance as a pure hedge decline.

What Is The Influence Of Bitcoin On Inflation?

The cryptocurrency market has become increasingly synchronised with overall fluctuations, mainly due to institutional investments. It indicates that if the market falls, Bitcoin is likely to fall as well.

As a result, when news of inflation emerges, the Federal Reserve will almost certainly implement a dual mandate. Policy interest rates will rise, and monetary conditions will tighten. As a result, the value of assets (including cryptocurrencies such as Bitcoin) will fall.
Is Bitcoin Inflation Proof?

Although gold is traditionally the best inflation hedge, cryptocurrencies like Bitcoin can provide excellent options.

Bitcoin is more an “inflation-resistant” asset than “inflation-proof,” implying complete impenetrability against outside influences. Since it is the biggest and most well-known cryptocurrency, Bitcoin is a reliable inflation hedge. It is even considered an excellent hedge compared to gold.

Bitcoin has excellent long-term growth potential and protects against inflation, although being more volatile than gold. How is Bitcoin an inflation-proof asset?
1. Limited Supply

Bitcoin is a good inflation hedge due to its fixed supply. There is a reduction in inflation risk when the asset’s supply is fixed and constrained, preventing the introduction of new coins into circulation.
2. Easily Transferable

Bitcoin is durable, interchangeable, limited, and secure, much like gold. Since it is more portable, decentralised, and transferable than gold, Bitcoin has an advantage. Bitcoin can be stored by anybody because of its decentralised structure, in contrast to gold, whose supply is regulated by sovereign states.

3. Bitcoin Is Not Tied To An Economy Or Currency

Like gold, Bitcoin is not a part of any economy, business, or currency. It is a worldwide asset class that reflects demand all across the world. Because it does not have to cope with the numerous economic and political dangers connected with stock markets, Bitcoin is a better option than shares. Therefore, you can sell Bitcoin in Nigeria on crypto platforms like Prestmit without economic or political influence.

What Will Happen To Bitcoin In A Recession?

Negative economic consequences from a recession can spread to nations with strong economic relations. Bitcoin can act as a recession-resistant asset due to its inherent diversification. Bitcoin is not restricted to any country’s loss or gain, unlike fiat currencies like the naira, dollars, and pound, which are susceptible to the advantages and disadvantages of the respective countries’ economies, including GDP, export prices, monetary policy, and currency demand.

Additionally, Bitcoin is valuable regardless of the state of the economy. It is due to the asset’s scarcity and security. It is also transferable everywhere. Since its primary use is as a store of value, Bitcoin is predicted to perform better during a recession than other cryptocurrencies like Ethereum.

Although it is doubtful that Bitcoin would displace significant centralised currencies, since its launch in 2009, it has altered the financial landscape. Its technology has enabled ground-breaking developments in decentralised finance (DeFi) and benefits unbanked customers in remote, low-income areas.

Blockchain technology’s main benefit is that it gives consumers a decentralised, secure, and permissionless way to transact money. Along with other crypto assets, bitcoin offers monetary alternatives immune to inflation and economic downturn.