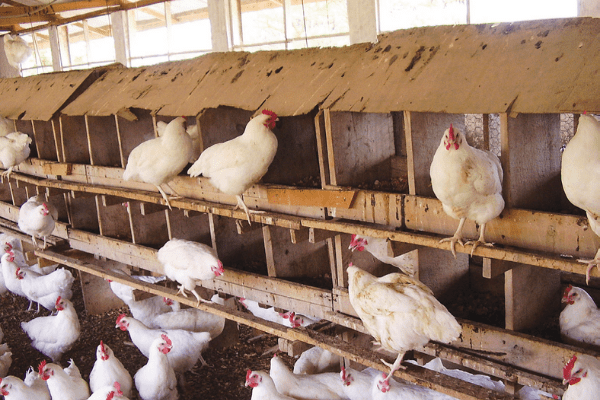 The scarcity of local chicken being faced by top retail stores in Nigeria like Spar, Shoprite and Hubmart may be over as these stores now say they are now getting supply.

According to BusinessDay conversations with the officials of these stores, the limited supply of local chicken which was attributed to border closure is gradually fading away as their vendors are now supplying them chicken.

A top official at Shoprite said, “About two months ago, it was hard for our suppliers to give us chicken due to the border closure. But now, it is readily available and I am positive that we will still have enough for Christmas.”

In August 2019, President Muhammadu Buhari announced the closure of the border, saying that it would avert Nigeria from becoming a dumping ground for imported products, and would also boost patronage of locally made products.

Prior to the border closure, local farmers could only meet 30 percent of local consumption while 70 percent of poultry products consumed in the country were imported.

The closure of  Nigeria’s borders which has led to a spike in the prices of imported frozen poultry like turkey and chicken has forced consumers to switch to local substitutes including for frozen fish and chicken.

“It is very available now unlike before where we had chicken coming but in limited quantities. What we received from the vendors was lesser than what we ordered for,” Kayode Oseni, a supervising officer at Spar said.

Usually in retail stores, the type of chicken usually patronized by consumers is the broiler. It is bred and raised specifically for meat production.

Akin Akanni, the supervising manager at Hubmart said that some months ago, they were experiencing some issues trying to get local chicken but now it has been resolved.

With consumers’ growing preference for local chicken, Nigeria’s poultry farmers who have before now suffered huge losses owing to their inability to sell their poultry products are now smiling to the bank as demand for local chicken rises and the price surges.

The situation has made poultry farmers ramp up production to meet the increasing demand for chicken by the country’s 200 million people due to the recent government border shutdown.

“The demand for local chicken has increased tremendously since the border closure. Buyers are visiting our farms daily to make orders which we have not experienced before,” said Onallo Akpan, director-general of Poultry Association of Nigeria (PAN).

“We have sold all our boilers and have restocked for December. Lots of farmers are now expanding their production to meet up with demand especially in December” Akpan said.

He stated that local production has increased to about 7,000metric tons while stressing that if the border closure persists, the country will raise its production to 1.5metric tons in six months.

Wine sales in Nigeria to fall 33% on COVID-19 restrictions

3 things you need to know about the Jumia brand festival