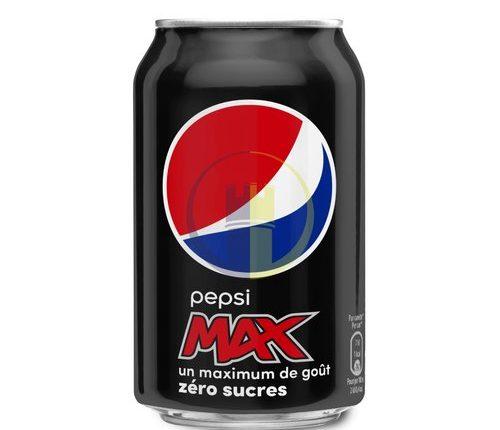 The increasing preference of consumers for drinks with low sugar content has propelled leading drink manufacturer, PepsiCo, to launch Pepsi Max as part of a strategy to stay competitive in the soft drinks industry.

Pepsi Max is a low calorie and sugar-free cola manufactured by PepsiCo as an alternative to Pepsi and Diet Pepsi.

Business Day earlier reported that taste was the new focus for soft drink makers to compete and gain market share as against price and quality. With the introduction of the zero-sugar drink, it looks like producing drinks with low or no sugar is the new tread.

According to Eronmosele Aziba, a Lagos based consumer analyst, the soft drink manufacturer is competing for market share by tapping in the increasing health awareness trend.

“Considering that Coca- Coke, the biggest player in the soft drinks market has such a product (Zero Sugar), it is no surprise that other competitors will introduce theirs as well,”

“And at the moment there is limited ability for them to adjust prices,   so they have to find other ways to compete for market share by introducing this product to the market,” Aziba further said.

When Bigi Cola, a major competitive carbonated drink produced by Rite foods limited was launched in 2014, it garnered patronage from consumers, owing to its low sugar and calorie content which affected Coca- Cola sales, making them to retaliate by introducing Coca-Cola Zero Sugar, also called Coke Zero or Zero Sugar between the periods of 2017-2018.

According to BusinessDay analysis of the sugar data from the National Sugar Development Council (NSDC), a parasternal of the Federal Ministry of Industry, Trade and Investment responsible for the regulation of all activities in the sugar sub-sector, sugar consumption steady decline by 20 percent to 1.25 million tonnes in 2018 from 1.56 million tonnes in 2016.

Ayorinde Akinloye, a consumer goods analyst at Lagos-based CSL Stockbrokers said that Nigerians are now adopting the lifestyle of healthy living by adapting for healthier sugar substitutes like honey.

Last year, a report by Euromonitor International, the world’s leading independent provider of global strategic intelligence said that producers of carbonated drinks may be challenged by the emerging health and wellness trend of consumers as they may shift to low sugar juice as an apparent healthier alternative.

“The juice manufacturers are set to derive further benefit from this trend over the forecast period and this development is supported by growing concerns over the health risks associated with high sugar consumption,” the report further stated.

Health experts believe that sugar consumption is a major cause of obesity and many chronic diseases, such as diabetes.

Also, the World Health Organisation (WHO) recommends that in both adults and children there should be a reduced intake of free sugar (monosaccharides and disaccharides) added to foods and beverages by the manufacturer, cook or consumers throughout the life course.

Nigeria has the youngest population in Africa which is enticing for any manufacturer with a product that targets young people. So it is no doubt, that it presents a huge opportunity for entrants into the food and drink industry.

Diet Pepsi Max was introduced in the United States on June 1, 2007, and in Canada in March 2008. “Diet” was dropped from the name in early 2009. On June 29, 2015, PepsiCo announced several product changes which, among other changes, announced that Pepsi Max would be renamed in North America as Pepsi Zero Sugar. A new logo was introduced in 2020