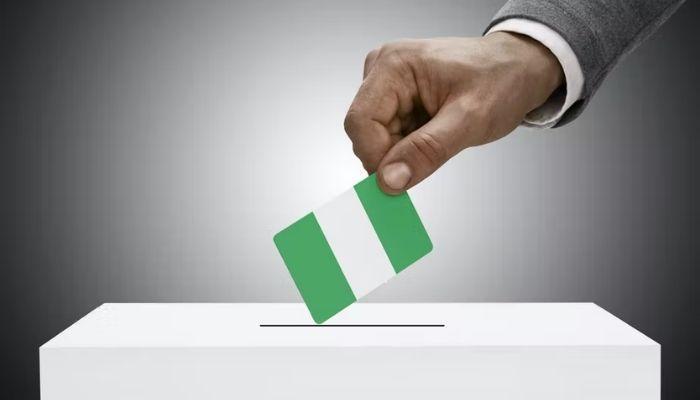 The news and political direction have dominated the different internet spaces in Nigeria, with a focus on the impending elections in 2023. There is a new level of involvement among the younger generation.

A growing number of individuals are using hashtags on social media to develop trends that are of interest to a wide range of people throughout the nation. In addition, banners and billboards are plastered around the nation, urging people to cast their ballots in the impending 2023 presidential election.

Millennials and Gen Xers are voicing their opinions on who they think should be the next president of Nigeria after the general elections in 2023 on social media.

Former Lagos state governor Bola Ahmed Tinubu has been chosen as the flag bearer of the governing All Progressive Congress (APC) party, claiming to be capable of service after eight years as governor of Lagos state, West Africa’s economic hub.

He believes that Nigeria’s economy is suffering owing to a shortage of energy while calling for support for his presidential bid. If the issue with the country’s power supply is solved, the economy will become stronger and better off.

The ex-governor outlined his government’s strategy in November 2021, on the Blueprint online platform, which includes the development of new firms that are competitive in the global market, the creation of infrastructure, and education. 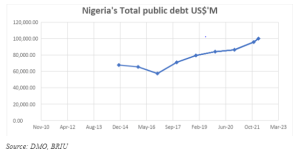 In an interview with Obafemi Hamzat, the deputy governor of Lagos State, Tinubu said the real estate market needs reform and that this is something he intends to look at in order to produce economic potential.

PDP, a well-known opposition party, has selected Atiku Abubakar, a former governor of Adamawa state and vice president of Nigeria, as its presidential candidate. There are many diverse organisations in the country that support him, and the economy will benefit as a result of his efforts. He has prioritised a set of economic ideals.

Reiterating one of his campaign platforms from when he campaigned for the same position in 2019, the first step is to emphasise the significance of private sector leadership and growth. It’s also claimed by him that all infrastructure sectors, including refineries, rail transportation, and power transmission will be opened up to private investors so that they can profit from the oil and gas and telecommunications industries, which have made huge returns for the government in recent years. It is Atiku’s third economic aim to give consumers a greater say in the setting of pricing. He believes this will stabilise the market.

As a former governor of Anambra State, Nigeria’s fourth-largest economy, and a leading candidate for the general elections of 2023, Peter Obi, of the Labour Party, is a formidable opponent. He has pledged to reinvest and radically transform the economy of the nation. Nigeria’s economy exhibits all the indicators of a messed-up condition, yet Obi claims to be able to mend it despite this fact. This will be accomplished by shifting the economy of the nation away from a sharing economy toward a manufacturing economy.

This is feasible because to the abundance of natural resources in Nigeria, including cocoa, oil palm, rice, diamonds, salt, and many more. Obi, the former chairman of Fidelity Bank PLC, is splattered all over social media. Following Obi’s message on Labour’s official Twitter account in May 2022, the account’s 12,000 initial followers had grown to 112,900 as a result of their actions.

There has been an 840.8 percent growth rate in only six days, which indicates that Obi’s followers are not only digital, but also between the ages of 18 and 35, which is crucial in the digital arena and on the micro-blogging site, Twitter.

In terms of the country’s debt and how it will be handled, these presidential hopefuls are yet to speak out. Over the last several years, Nigeria’s debt has risen significantly. Nigeria’s total national debt has risen from N12.60 trillion, at the end of 2015, seven months after President Muhammadu Buhari was sworn in, to N24.38 trillion at the conclusion of his first term. It was N28.62 trillion at the beginning of his second term and N41.60 trillion end of March 31, 2022.

According to past governments, state debt has increased the most during President Muhammadu Buhari’s watch. Nigeria’s debt woes might become worse if crude oil prices fall, which is the country’s primary source of foreign money.

In its April Fiscal Monitor, the International Monetary Fund (IMF) predicted that Nigeria’s total public debt would climb gradually to 44.2 percent of GDP by 2027. When asked about Nigeria’s projected future debt service costs, Fund resident representative Ari Arisen said the government may spend as much as 92.6 percent of its gross domestic product (GDP) if action is not taken to decrease its level of debt. On the list of the ten nations with the greatest level of debt exposure, the World Bank placed Nigeria as the fifth-highest ranking country.

In addition, none of the leading competitors have provided sufficient information on a crucial issue: insecurity. If any of the contenders wins the 2023 elections, there is little to no information on how the country’s instability would be handled over time. If any of the presidential contenders are serious about improving Nigeria’s economy, they must address issues like these.

Something Interesting to note about the three presidential hopefuls is that all three have once emerged the political office as Governors.