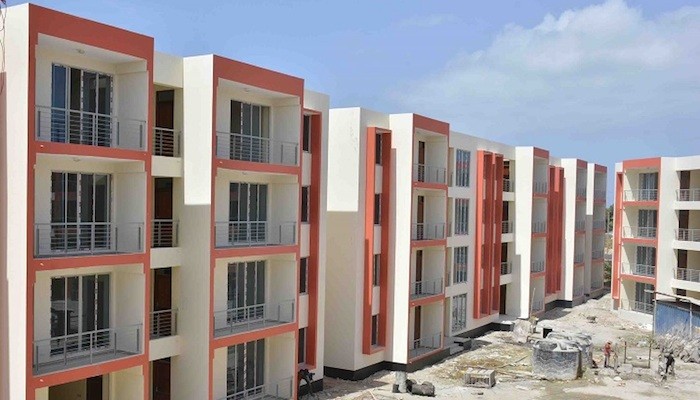 For various reasons, people buy into housing schemes. One of such reasons, which is hard to find, is delivery of the project in time and on budget. This reason is so strong that it can make or mar a project.

Early delivery of a housing scheme affects positively all parties to the development including the developer, financier, contractor and the buyers/subscribers. It makes everybody happy. And this is what Sterling Homes, a real estate development firm, stands for.

Prompt delivery means the developer is saving himself the headache of credit review and contract revaluation. Similarly, subscribers will be happy to take possession of their houses in good timeto avoid upward price review. With that both developer and contractor can move to a new site.

Sterling Homes believes this is the way to go as it moves into a new dispensation of massive housing delivery in good environment and gated communities which, it says, encourage good family culture.

Recently, the company rebranded with unveiling of a new logo after 10 years of strong footprints on the Nigerian real estate market. This, according to Kunle Adeyemi, the company’s CEO, is the first of many steps into their next level of excellence-driven service and product delivery.

We are commitment to helping individuals, corporate organizations and Nigerians in Diaspora to become landlords at no extra cost,” Adeyemi said in an interview on the sideline of the rebranding event. This means that their projects delivery is not delayed to a point where prices are renegotiated several times to the disadvantage of investors or buyers.

The CEO is worried with the slow pace of housing delivering in Nigeria in the face of a staggering housing deficit, citing the Federal Housing Authority (FHA) which, in its 30 years of existence, has not built up to 50,000 housing units across the country.

He is worried the more that over 87 percent of Nigeria’s household population still lives in rented apartments which, according to him, tells how dire the housing situation in Nigeria is.

“We are therefore rebranding because we want to get into massive housing delivery to help reduce this deficit. We are going to do this in each of the six geo-political zones of the country. We are starting from Lagos where we will be breaking ground tomorrow (last Saturday) for 50 housing units. We have just 90 days to deliver that project,” he assured.

The company is also planning another project in Obudu, Lagos that will deliver 100 housing units before the end of this year. It is also planning to partner with some state governments to deliver more houses that will help reduce the housing deficit in the country.

“We are unveiling a new brand that suggests a new vision. Right now we have our office in Lagos, but by the end of this year, we intend to be in Port Harcourt, Rivers State,” Adeyemi who is also the General Secretary of the Real Estate Developers Association of Nigeria (REDAN), South West Zone, said.

The company has other initiatives coming up such that, besides the 50 and 100 housing units it is starting with, which will be delivered within the third quarter of this year, it also plans to do more 150 units in the South South region before the end of the year. Its plan for next year is to produce about 500 housing units for Nigerians.

“Part of what we are embracing in our new dispensation is Private Public Partnership (PPP) and we are going to be having a whole lot of discussion with the government. This explains why we are expanding our frontiers to the various states of the federation,” he said.

But it is not unmindful of the limiting impact of a slowing economy which is shrinking individual and household income, reducing purchasing power and creating affordability issues in the property market.

“Besides after-sales-service which stands us out among our peers, we have good payment structure that ensures our products are affordable. We offer flexible payment plan at zero interest,” he disclosed, adding, “we are excellence-driven, bound by our words which means we are reliable. We are also time- driven which means that our projects are not delayed unduly.”

Adeyemi said they were not only committed but also passionate about what they were set out to do. But, there are challenges that border on inconsistent government policies, poor infrastructure and regulatory issues, especially the long time and high cost of perfecting land titling, etc.

He therefore urged the government to encourage private developers by making the operating environment enabling for profitable investment in this sector.