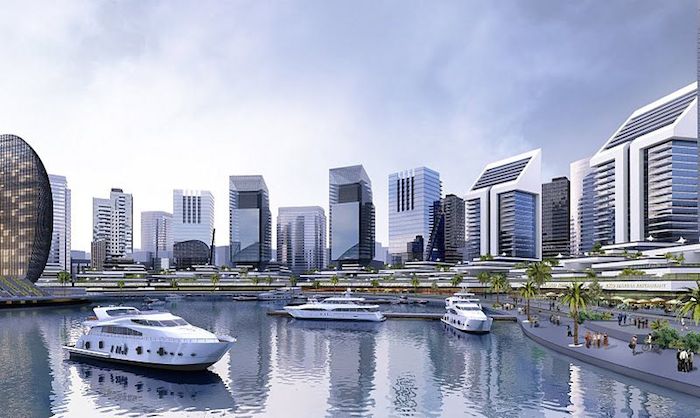 For its inadequate and decaying infrastructure coupled with increasing densification, property value in Lagos Island is on a downward slope, making the neighbourhood a low-yield investment destination.

But, for its world class infrastructure and low density population, Banana Island remains the most expensive destination in Nigeria. This is the country’s most exclusive and most sought after location for investors and home buyers who can afford it.

The man-made island whose name derives from its distinct shape, is in the league of San Diego’s La Jolla, New York City’s Tribeca, Tokyo’s Shibuya and Paris’ Seventh Arrondissament.

It is small island in the Ikoyi neighbourhood of Lagos completed in 200. The island is billionaires’ paradise, harbouring mostly Nigeria’s richest and most well known families who savour quiet and peaceful atmosphere far from the clamour and crowds of Lagos. Security is at the core of the island’s exclusive feature.

A recent survey on the Lagos property market shows this location commands the highest value across all property categories, while Victoria Island, which is home to luxury apartments, flats, and penthouses recorded a relatively high rental and sale price for 4-bedroom houses.

The survey tagged ‘Lagos Property Market Consensus Report H1 2020’ was conducted by the Lagos State branch of the Nigerian Institution of Estate Surveyors and Valuers (NIESV) with the purpose of providing data and market information to guide investors and home seekers on available opportunities.

“While most advanced economies have moved ahead with the availability of big data for development and investment decision-making by both public and private sector players in real estate and housing, the Nigerian market still suffers from a dearth of data availability,” Adedotun Bamigbola, the institution’s chairman, noted.

Bamigbola reasoned that, with the real estate sector still contributing low to Nigeria’s GDP at 7percent, and in view of the expected growth by all players in private and public sectors over the years, there is need for data to aid the growth of this all-important sector of the economy.

The survey which covers the first half of 2020, from January to June, provides data on rental and sales values of residential and commercial properties from 30 major neighbourhoods across Lagos State.

According to the survey, in terms of house and office types, Banana Island and Old Ikoyi are the upper class markets with both recording an average of ₦143, 333 per square metre and N105, 263 per square metre respectively for office space.

With these, NIESV has provided data for investors and home buyers on land prices, 3 and 4-bedroom apartments for rent and sale, and office space prices, in the various locations. The data shows that locations within Island 1 zone recorded the highest land prices with N322, 229.00 followed by Mainland 3 with N149, 034 per square metre.

The high rental and sale prices in these two zones reflect the level of commercialization happening there just as increased developments in emerging Island 2 locations are also reflected in their high price of land averaging ₦112,021 per square metre.

The median yield in the state, according to the consensus analysis, is 4.32 percent and this is found in Yaba, the new tech hub in the state that has become a preferred destination for start-up businesses.

The survey anticipates land and house prices in Island 2 and Island 3 zones to keep rising on the back of new developments which include the Dangote Refinery, Lagos Free Trade Zone, 4th Mainland Bridge and the Alaro City. All these are expected to come on-stream in a few years during which they will push property values to new levels in the zones.

It is interesting to note from the survey the pivotal role infrastructure plays in the property market. To underscore this, the NIESV chairman links the capital value increase in Mainland 4, especially in Ogudu and Magodo Shangisha areas, to the presence of supporting infrastructure in those locations.

“Ikeja GRA and its surrounding areas like Maryland, Mende, Shonibare estate remain the most expensive locations on the mainland part of Lagos. This is expected to continue as more residential and commercial developments come up in these neighbourhoods, particularly Ikeja GRA, in few years’ time,” he assured.