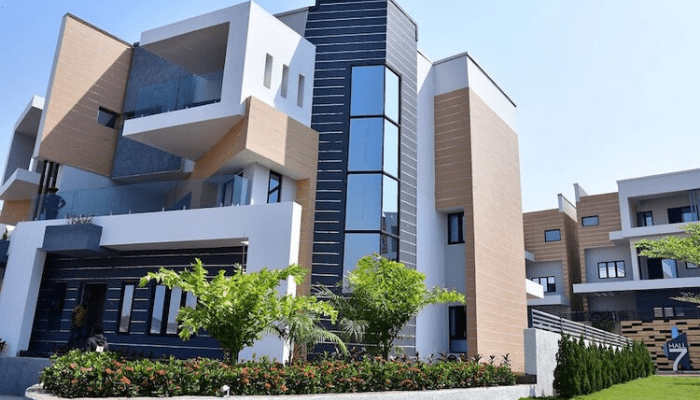 Most of the big real estate transactions in Nigeria’s property market are usually executed informally and as a result, the National Bureau of Statistics (NBS), the government-funded data agency only has a record of the real estate services, checks by BusinessDay shows.

Since it started publishing the performance of Nigeria’s property industry in 2016, NBS has been using the data collated from certain real estate services to determine the sector’s contribution to the Nigerian economy, data from the state-funded bureau shows.

The fear of not been investigated or questioned for the source of funds amid the anti-corruption war by the current administration is one of the reasons why some developers and property buyers prefer to keep most transactions under wraps, checks by BusinessDay shows.

“The same government that funds NBS is the same one that controls the Economic and Financial Crimes Commission (EFCC) and also controls the Federal Inland Revenue Service (FIRS), so if a certain transaction shows up, they will look for everyone involved in it,” a real estate consultant who asked not to be identified told BusinessDay.

According to the Lagos-based consultant, the above reason is why real estate service providers have chosen to keep transactions quiet

“My resolve is to ensure that reforms are deepened such that there will be no hiding place for corrupt persons and proceeds of corruption. Also, I aim to ensure that no government financial transaction is done in secret and all are subjected to public scrutiny,” President Muhammadu Buhari said.

The anti-corruption war is one of the key agenda of the Buhari-led-administration and since assuming office in 2015, it has channelled a lot of resources into curbing corruption in Nigeria.

Buhari’s administration has been working closely with the US, the UK, and various Middle Eastern countries to seize and repatriate assets from public officials that are suspected to have been purchased with illicit funds. Nigeria’s leading anti-corruption agency, the Economic and Financial Crimes Commission (EFCC), has also become more active.

But Nigeria still ranks low in the global Corruption Perception Index (CPI). Africa’s largest economy ranked 146th with a score of 26 points in 2019. The 180 participating countries were ranked on the scale of 0 to 100 where 0 score means highly corrupt and a score of 100 indicates an absence of corruption.

The CPI report indicated that the ranking was predicated on the relationship between politics, money and corruption. According to the report, Nigeria dropped from 144th position with a score of 27 points to 146th in 2019.

The informal transaction recorded in Nigeria’s property market makes it difficult for the government to keep track of the sector’s performance, industry experts said.

According to the industry players, the lack of sufficient data about the real estate sub-sectors is also a constraint to foreign investment into the sector.

For instance, the often-quoted housing deficit of 20 million units has remained unchanged for over a decade even though Nigeria’s population growth rate has been at 3 percent per annum.

Analysis of the Q4 2019 report by NBS revealed that the contribution from real estate services to Nigeria economy was down 0.39 percentage points from 6.60 percent in Q4 2018 to 6.21 percent.

The sector contributed N13.36 billion to Nigeria’s economy in 2019, this made it the 6 largest contributors after Agriculture, trade, information & communication, manufacturing, and mining & quarrying sectors respectively.

“The real estate contribution to GDP does not include all transactions, only services of a certain size. The really big transactions don’t get reported,” Ayo Ibaru, COO /Director – real estate advisory, Northcourt confirmed.

Industry experts defined real estate services to mean any services relating to the occupation or use of a Nigerian property or the carrying out of either the enterprise business or other businesses at a Nigeria property, including, without limitation, cleaning, garbage disposal, repair, maintenance, receptionist services, utilities, mail delivery, copying and facsimile services.

COVID-19: What a viable mortgage industry can do when economy is in crisis

COVID-19: What a viable mortgage industry can do when…