Real estate developers gained more in pandemic than ever before, here’s how 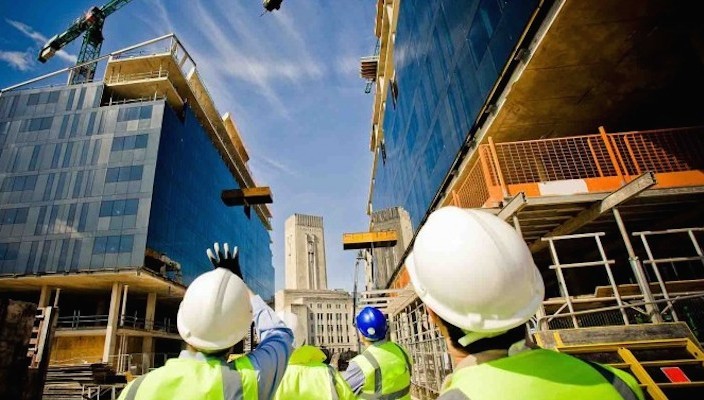 While many businesses in Nigeria suffered in 2020 due to the impact of the COVID-19 pandemic that dragged Africa’s largest economy into its worst recession in 25 years, real estate developers explored the headwinds to make a profit that is highest on record.

A poll of five real estate developers in Nigeria shows industry players made more money in 2020 than they did in the past years, thanks to investors who trusted them with cheap capital amid scarce investment opportunities.

“We made more money in the pandemic than ever before. I guess the case is the same for others, maybe they are not just talking,” Wale Ayilara, CEO, Landwey Properties, said.

According to Ayilara, a recession, like the one reported in the third quarter of 2020, when Nigeria’s economy contracted for the second consecutive quarter to September by 3.6 percent, does not mean that money has disappeared, instead, it moves from one sector to another.

With that understanding, the real estate developer said his company had to re-strategise and channel its resources to develop products that were in high demand.

“Before the pandemic happened, we were about to start a project, but we had to move the funds to a different location,” Ayilara said.

Issues around naira devaluation, economic uncertainty and high investment risk, which forced many investors to adopt the watch-and-see position, were some of the reasons also highlighted as to why investors redirected their funds to the property industry in 2020.

Interest rates on the less risky government instruments like Treasury Bills and Bonds touched a low record last year, as a policy by Central Bank of Nigeria (CBN) crashed yields on investment, a development that led to high liquidity in Nigeria’s financial system.

According to Jide Adekola, lead partner, HomeWorks Consultants, a lot of investors observed players in the real estate industry and gave their funds to those they believe stood the test of time; “I think that helped us as well.”

“It was shocking to know that we made the most during the pandemic,” Adekola said.

The claims by the property developers can be confirmed from the real estate GDP growth reported in Q4 2020. Nigeria’s property market grew quarter-on-quarter by 25.45 percent as of the three months ended December 2020, the highest quarterly growth reported on record for the sector.

The sector contributed 6.38 percent to real GDP in Q4 2020, higher than the 6.21 percent it recorded in the corresponding quarter of 2019, and accounted for 5.66 percent of real GDP in 2020, as compiled from the data by the National Bureau Statistics (NBS).

“I will join my colleagues to say that surprisingly, 2020 wasn’t a bad year, business-wise,” a top executive at Mixta Nigeria, a subsidiary of Mixta Africa, a real estate development company, said, adding that the industry players also “went through a tough time.”

From entering its worst recession in four years at -21.99 percent in the second quarter of 2020 fuelled by the impact of COVID-19, Nigeria’s property industry, which was also affected by the property vandalism from the hijacked EndSARS protest, is one of the sectors of the Nigerian economy that was badly hit by the challenges of 2020. But it also brought some gains for some of the market players operating in the residential, industrial and construction arm of the sector.

Despite its large-size population and the self-acclaimed biggest economy in Africa, Nigeria is crawling behind its peers in terms of homeownership level.

Whereas, homeownership level is 84 percent in Indonesia and 75 percent in Kenya, Nigeria with the largest population in Africa estimated at 200 million stands at 62 percent. Going by United Nations’ projection, the country’s population will be as high as 400 million in 2050.

Why Surulere, Ijegun are attractive locations in Lagos