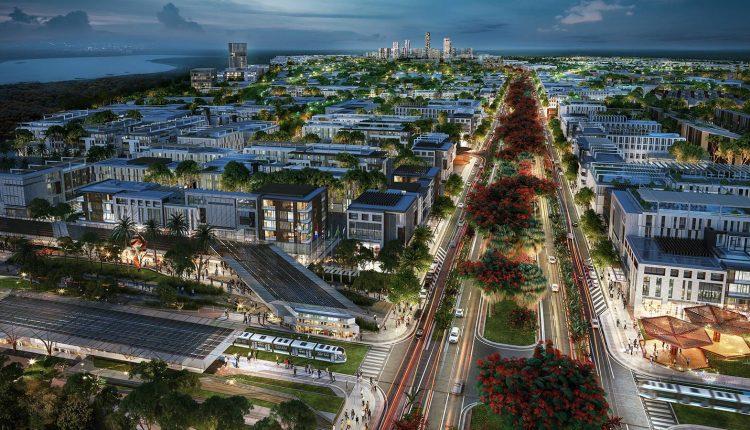 Though Covid-19 has dislocated economies and development projects across the globe, it appears that with grit and vision, some governments and projects will buck the trend of downward spiral.

The proactive decision by Governor Babajide Sanwo-Olu of Lagos State to launch the commencement of the construction of the 8.5km Lekki Regional Road on May 30,  starting from Victoria Garden City (VGC) in Ajah and ending at the foot of Freedom Way in Lekki Phase 1, is one of such positive moves.

The road,  to be constructed on a 45 metre wide Right of Way (RoW) will have, at least, 3 bridges and 15 culverts. Contract for the project has been awarded to the well known infrastructure construction company, Hi-Tech. Construction is projected to be completed within two years.

The interesting thing is that the announcement of the construction of the regional road is already impacting positively on real estate in the Ajah and Elegushi areas, and more specifically, on  major new city projects happening on the new Lekki Central Zone and the new Lagoon District,  both located within the Lagoon water body to the north of Lekki-Epe Expressway.

According to the Special Adviser to Governor Sanwo-Olu on Works,  Aramide Adeyoye,  a major beneficiary of this project  is Gracefield Island in Lekki Central. Another gainer is Orange Island and Ostia, also located within the Lagoon District.

A recent independent market survey is already showing a 25-percent increase in value on Gracefield Island within Lekki Central where, on completion, the Lekki Regional Road brings commuters within 10 minutes from  Ikoyi and 5 minutes from Lekki Phase 1, on a road that will be devoid of social distractions.

It is expected that, with the commencement of the Lekki Regional Road, the premium real estate sector now has a bigger and more viable terrain to explore potential across the span of the upcoming road.

The Lagos State Commissioner for Physical Planning and Urban Development, Idris Salako, while on enforcement duty in Banana Island on June 10, warned developers to keep away from the RoW  of the proposed Lagoon Highway.

This is a major road infrastructure that will run from the Free Trade Zone across Badore Road,  on the Lagoon, behind VGC , to the south of Gracefield Island, behind Pinnock Beach, to link up with both the regional road and the Third Mainland Bridge.

Jaco Van Heeyl, an Engineer and Construction Manager of Gracefield Island, had earlier said  the development would benefit greatly from both the proposed Lagoon Highway and the Lekki Regional Road but, in his view, the Regional Road was of immediate importance.

Just like Salako emphasised, Van Heeyl urged developers within Lekki Central and Lagoon District to respect the RoW of the proposed Lagoon Highway, as it would happen, at some point in the near future, to ensure the enduring viability of the new Lagoon District.

With the emphasis of Governor  Sanwo-Olu himself on orderly development of municipal Lagos and outlying areas, it appears Lagos State is on the path of ridding out the negative impact of Covid-19 to a significant extent, with regard to prime real estate,  which should have a multiplier effect on the sector in general terms.

But a note of caution is necessary here. Even as Lagos State government is creating new Island communities on the Lagoon, it must do so with adequate regard to possible negative environmental impact.

Therefore, both Lagos and Federal Governments must insist on comprehensive environmental impact studies for these expansions. Lagos State government must also pay due attention to Traffic Impact Assessment. It should not build new roads and, in turn, crowd them with unintended estates that do not feature on its masterplan. Some proposed new island projects are hanging at the moment, due to poor or non-existent access.

To protect comfortable mobility of Lagosians, on both land and water, the state government must empower its Ministry of Physical Planning and Urban Development to protect the masterplan and cooperate with the Federal Government in ensuring that jetties, harbours and waterways are not impaired by indiscriminate reclamation.

How Yobo-Lifecard Empowerment Fund enables Nigerians to own homes, land