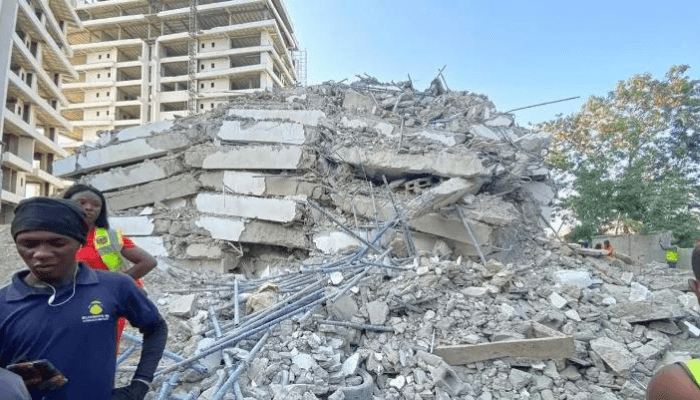 Apparently rattled by the high incidence of building collapse, even in the least expected locations, in the state, the Lagos state government has bared its fangs against property developers who contravene extant laws and regulations guiding building design approvals in the state.

The state is currently in an aggressive push for solutions and prevention of further building collapse incidents which have become a huge threat to investment in, and growth of its real estate market.

Though building collapse incidents happen in most Nigerian cities, Lagos leads by a very wide margin with an uncountable number of collapses involving even big-ticket building projects in highbrow locations where only the best and near-perfect should be expected.

The frequent building collapse in the state speaks volumes that a lot needs to be done because buildings have continued to fall in the state like a pack of cards despite subsisting rules and regulations including the building control law of 2010 which should guide the building and construction industry in the state.

Still smarting from the shock, embarrassment and high casualty figures that trailed the collapse of a 21-storey building still under construction on Gerald Road, Ikoyi in November 2021, the state on September 4, 2022 recorded another high profile building collapse involving a 7-storey building still under construction in the Oniru area of Victoria Island, killing some people and injuring many others.

For these reasons and to prevent future occurrences, the state has directed owners of buildings under construction that have exceeded the approved building plan to revert to the original plan approved and granted to them by the relevant agencies of government.

This directive reminds Lagosians of the flaws in the collapsed 21-storey building in Ikoyi part of which was greed on the part of the developer who, in disobedience to approval laws, raised the building to 21 floors from the 15 floors approved for him.

“We have directed developers of buildings under construction that have exceeded the approved building plan to revert to the original plan approved and granted to them by the state government,” Gbolahan Owodunni Oki, General Manager of the Lagos State Building Control Agency (LASBCA), said.

Oki who spoke through LASBCA’s Director of Enforcement, Olusoji Olopa, during the agency’s routine monitoring and enforcement exercise in Eti-Osa and Surulere areas of the state recently, noted that some builders had exceeded the number of floors approved by the authorities without proper procedures and insisted that they should revert to the original plan.

He stressed the need for strict adherence to the new directives by property developers, explaining that the current push by the government was meant to compel compliance to building approvals as part of strategies to nip in the bud the menace of building collapse in the state.

“This new directive is a decision taken by LASBCA towards ensuring the prevention of building collapse and the attendant consequences that come with it, such as the loss of lives and properties,” Oki said.

“The monitoring and enforcement exercises carried out today by the agency was to ensure that buildings under constructions that were earlier sealed were not broken by the owners without doing the needful. It is also to ensure that the buildings that have exceeded the number of floors approved by the government without proper procedures are reverted to the original plan,’’ he added.

Besides sealing seven buildings during the monitoring exercise, the agency ordered non-destructive test on a building block at 1004 Estate in Victoria Island. The test, the agency explained, was aimed to ascertain the structural stability of the block which was suspected to be visibly distressed.

Meanwhile, professionals in the built environment who were invited to a round table to proffer solutions to the incessant building collapse in the state blamed the incidents more on attitudes of both developers and professionals as well as the government than the quality of materials used.

While the government was blamed for lacking the political will to enforce the relevant laws and punishing those who flouted building approvals, the professionals were blamed for being negligent and compromising on specifications, quality assurance and supervision.

Kunle Awobodu, former president of Nigerian institute of builders (NIOB) recalled that, as professionals, they had proffered many solutions to building collapse in the state, but enforcement and implementation remained.

Abiodun Kosegbe, the permanent secretary in the state’s ministry of physical planning, noted that all the relevant professionals including architects, structural, mechanical and civil engineers, all know the building codes to use, pointing out that it was not now about the codes, but the attitude of those who should use the codes.