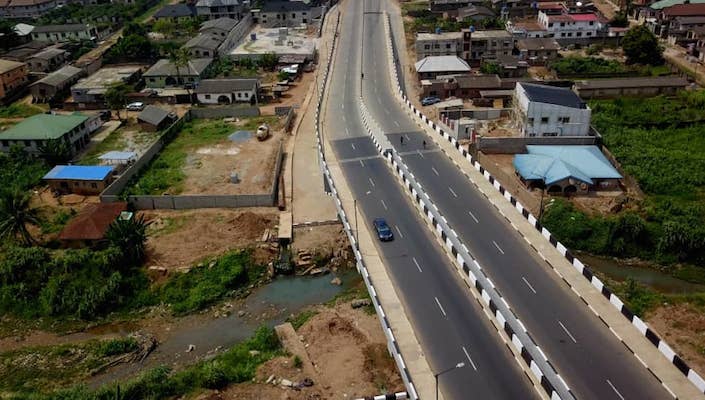 Besides fulfilling the promise to complete all outstanding projects inherited from previous governments and furthering good governance, Lagos State government says it embarked on roads infrastructure projects along its boundary with Ogun State because of their strategic importance to business and living.

Babajide Sanwo-Olu, the state governor, explained while inaugurating four roads in Agbado-Oke Odo LCDA and Alimosho Local Government Area in the second phase of the projects, that the roads were in response to the need to improve connectivity within communities.

According to the governor, improving connectivity within the communities means reducing travel time, loss of man hour as well as boosting trade, commerce and investment opportunities in the area.

“Having realized the critical importance of road infrastructure to the opening up of the state, our administration, in accordance with its THEMES Agenda, especially the Traffic Management and Transportation pillar, decided to demonstrate the attendant impact of road infrastructure on business and commercial activities, welfare and productivity of the people.

“The delivery of this road will boost trade, promote commerce and investment opportunities for our people. Consequently, the construction of this Phase II was necessitated by the need to complement the network of 21 roads and two bridges executed in Phase I and abate perennial flooding in this axis,” the governor added.

He explained further that the reconstruction of the roads was in direct response to the urgent need to provide an alternative route to Lagos-Abeokuta Expressway to reduce constant traffic bottlenecks often experienced on the express road due to bad road and commercial bus activities.

One of the reconstructed roads, which is parallel to Lagos Abeokuta Expresssway, is a functional alternative as motorists can now connect Ota from Abule Egba-Ekoro through it.

According to the governor, the brief for new road projects entailed creation of new road alignment and expansion of existing pathways, including massive earth movements and relocation of public utilities such as water pipes, electric poles and transformers within the Right of Way, to achieve the road linkage.

He said that the new 6,264m network of roads, spanning Adekoya Road, Makinde Road, Suberu-Oje Road and Old Otta Road with bridge would further consolidate the gains from the network of 21 roads with two bridges which were earlier commissioned in the first phase of the projects.

The governor urged the traditional rulers in those communities to take ownership of the roads by ensuring adequate and regular maintenance of the roads and also preventing them from any form of abuse or misuse. He reminded them that public infrastructure was provided with tax payers money.

“As beneficiaries, we must note that adequate and functional maintenance of the roads is the responsibility of not only government but the society at large. We will continue to collaborate with the community both at the local government and CDA levels to promote and develop local initiatives for the community to participate in the maintenance,” he assured.

“Let me use this opportunity to urge you to refrain from acts that could undermine the durability of the road. We know we can reduce rate of theft of electrical cables and careless damage of the road. The road was provided with tax payers money which could be used to provide other projects for other communities,” the governor said.

Lessons learnt on infrastructure in year of pandemic

Why Surulere, Ijegun are attractive locations in Lagos