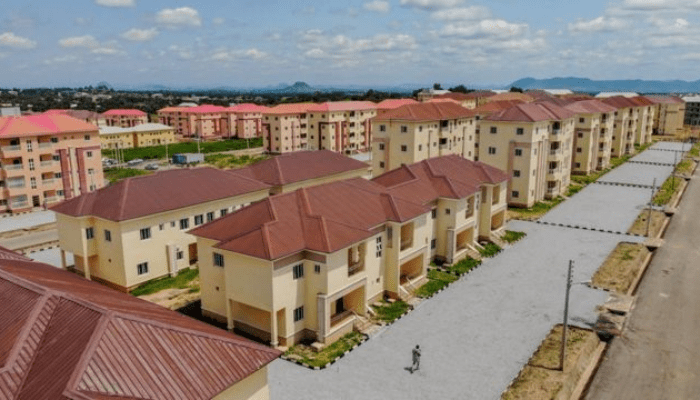 Stakeholders, especially private sector players, in the Nigerian housing sector have intensified calls for the federal government to quit housing provision, following a significant drop in the 2023 budget for the ministry of works and housing.

For them, the dwindling budgetary allocation portends a lot of negatives for the government’s housing schemes, which, according to them, will be made worse by budget performance which hardly achieves up to 60 percent in any given year.

From the ministry’s N515 billion allocation in 2022, the budget dropped to N356 billion as contained in the 2023 estimates, meaning that less work will be done on the roads infrastructure, while fewer homes will be provided for a largely unhoused population.

These fears were confirmed when Babatunde Fashola, minister of works and housing, interacted with the National Assembly. The minister said the National Housing Project was on course but the problems of the paucity of funds through drastic budget slash and outstanding liabilities of N191.75 billion needed to be urgently looked into.

He said the challenge of highways development remained inadequate funding, adding that the government owed highway contractors about N10.4 trillion, while about N765 billion was unpaid certificates for executed works.

Put in proper perspective, out of the N515 billion budgeted for the ministry in 2022, N441.1 billion was allocated for works, meaning that the balance of about N74 billion was for housing. For 2023, the ministry’s N356 billion appropriation has about N288.4 billion component for capital projects while overhead costs will take N667.8 million and N11, 240, 487.122 for personnel costs.

Road construction will take about N175.4 billion and out of this sum, N62.2 billion is to be spent on road rehabilitation and repairs, while N45 billion is allocated to the housing sector.

The N62 billion for road rehabilitation and repairs nationwide in a country where almost 50 percent of its road network is in deplorable condition means that all ongoing road repair work may not be completed before the end of President Muhammadu Buhari’s administration.

The stakeholders said that given the inflationary situation in the country and its cost-push effects on both building material prices and labour costs, there is so little the budget allocation can do for the sector.

“This is why we had said it before and we are saying it again that government has no business in the business including housing development. Its remit, as far as we in the private sector are concerned, is to enable the environment by providing critical infrastructure and coming up with good policies,” MKO Balogun, CEO of Global PFI, said.

“We have a situation in our hands where government tends to be in competition with the private sector – in some cases trying to crowd them out, yet they don’t get it right because it is not their remit,” Balogun added, advising that government should focus on governance and leave the private sector to do the business.

Though Adetokunbo Ajayi, CEO of Propertygate Investment and Development Company Plc, agrees with Fashola that government should be involved in housing provision for the people, he said their role should be limited to providing the enabling environment.

“They will always get it wrong because there is, most of the time, political consideration in virtually all stages of development, ranging from location to procurement and award of contract for the job,” he said, adding that apart from delaying project delivery, this also inflates construction cost.

Johnbull Amayaevbo, president of Nigerian Institution of Estate Surveyors and Valuers (NIESV), was reported recently to have said that the small allocation to the two critical sectors of the economy showed Nigeria was yet to appreciate their contributions to socio-economic development, especially in reducing unemployment in the country.

“Housing, they say, is next to food and in a country where we have a huge housing deficit and 133 million people that are poor, according to the National Bureau of Statistics, it shows that there is a big problem. N45 billion, where the inflation rate is so high, shows that we have not started in the area of housing and the situation would continue to be a critical challenge,” Amayaevbo was quoted as saying.

He said that funding challenges were a wake-up call for the Federal Government to collaborate with professionals in the housing industry to proffer solutions and reduce the housing deficit in the country.

He said the government couldn’t do it alone and needed to partner with the private sector, and create an enabling environment for citizens to trust the government in terms of infrastructure provision, security and political will.