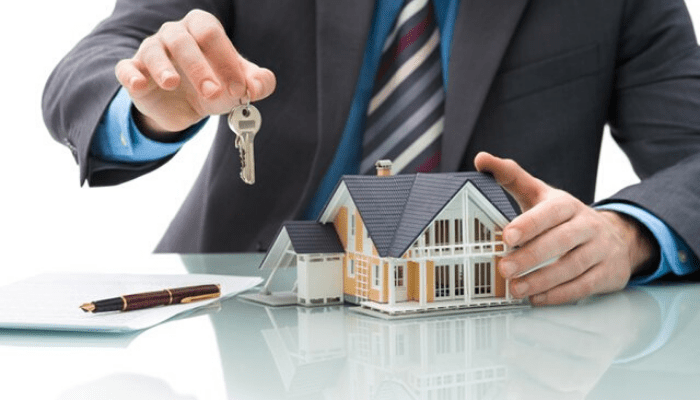 Contrary to the treatment of real estate investment trusts (REITs) globally as tax neutral vehicles, Nigerian REITs has been faced with the risk of multiple taxation which has dampened investors’ appetite.

But with the new Finance Act, there are expectations of attaining global best practice.

According to section 23 (1) of the Company Income Tax Act (CITA) as amended in the Finance Act of 2019, “the dividend and rental income received by a real estate investment company (REICs) on behalf of its shareholders” shall be exempted from Company Income Tax (CIT) “provides that a minimum of 75 percent of dividend and rental income is distributed “within 12 months of the end of the financial year in which the income was earned.”

“By amending the CITA provision on ‘Payment of Dividends by a Nigerian Company’ and including an exemption for distributions made by a REIC, this risk, and the obvious disincentive to invest in REICs, is managed,” KPMG said.

President Muhammadu Buhari signed the Finance Bill, 2019 (now Finance Act) into law in January and it was specially designed to support the implementation of the 2020 National Budget and to create an enabling environment for businesses.

Commenting on how the new Act will impact the real estate industry, Albert Folorunsho, the Managing Consultant of Pedabo, a Lagos-based auditing firm said it will be encouraging for real estate investment as the company income tax will not be charged on the minimum 75 percent dividend.

“It is a major leap, and the provision can support the housing need of the public,” Folorunsho told BusinessDay.

According to industry experts, REIT provides a practical, effective and efficient avenue for investing in real estate through the transfer of legal interests and has an enormous impact on economic performance as a result of increased activities in both the capital markets and the real estate sector.

“With the Finance Act, they will become more attractive as the tax effect produces the same result as REITs. As such, this initiative has the potential to encourage public investments and mobilise more liquidity for real estate projects with a corresponding positive impact on the capital market,” Oyedele said.

A survey by KPMG on the impact of REITs in the US shows that the total economic contribution of the US REITs in 2017 was an estimated 2.3 million full-time jobs and $140.4 billion of labour income. REITs also contributed approximately $19 billion in property taxes in 2017.

“Clearly, REITs are a significant contributor to the US economy in terms of jobs, economic activities and tax generation. The impact of REITs in other African economies, such as South Africa and India, is also worthy of note,” the survey read.

The prospects for REIS in Nigeria is perceived to be strong due to the high demand for, and undersupply of, real estate assets, and limited institutional investment. However, the absence of an enabling tax framework had hindered investment in REITs and failed to unlock the potential benefits attributable to REIT activities, as compiled from industry sources.

Adeniyi Akinlusi, president of Mortgage Bankers Association of Nigeria (MBAN) and CEO, Trustbond Mortgage said the new Finance Act will encourage people to invest in real estate and when that happens the investment companies will have more funds at their disposal to execute projects.

“With more REITs fueled by an increase in investments the real estate investment companies will be able to increase the supply of products; residential, commercial. They can be able to also promote mortgagee and may even begin to consider setting up a mortgage trust fund,” Akinlusi projected.

According to industry experts, the impact of the new Finance Act could mean that potential homeowners and even tenants can be able to get real estate properties at a more affordable rate.

Before the Finance Act of 2019 which has now presented the real estate investment industry with new tax benefits, rental, dividend or any other income received by a REIC on behalf of its investors (beneficiaries) were first meant to suffer tax of 32 percent (CIT and Tertiary Education Tax) in the books of the REIC, before redistribution to its investors – as dividends. Upon distribution of dividends, a REIC would be statutorily required to deduct 10 percent withholding tax.

“It is expected that with supporting tax legislation, a REIT can serve as a tax-efficient ‘pass through’ vehicle for investment in real estate and stimulate the growth of the capital markets, the real estate sector and the economy at large,” KPMG said.

Having the least investment options among the listed asset classes on SEC, the real estate funds grew its asset under management (AUM) to a new record of N46.16 billion in 2019 but was behind fixed income and money market funds.

The asset managed by the real estate funds appreciated by 6.04 percent in 2019 to post a high net asset value (NAV) compared to the 2018 record, SEC data analyzed by BusinessDay show.

The total asset managed by the real estate funds accounted for 4.59 percent of the mutual funds entire market which has a NAV above the N1trillion threshold.

Further analysis of the data from SEC, the industry regulator, revealed that UPDC real estate investment fund raked the highest share of the real estate funds with a NAV of N 33.99 billion, 72 percent of the entire N46.16 billion. This was also higher than the N31.44 billion reported by the fund in the corresponding period of 2018.

Managed by both SFS Capital Nigeria Ltd, Union Homes REITS and Skyle Shelter Fund shared the remaining asset in the real estate funds. They both posted a NAV of N9.79 billion and N2.38 billion respectively.

“Real Estate Fund is an investment vehicle that can be used to address Nigeria’s housing shortage and encourage economic activity in the real estate sector,” said Ayo Akinwunmi, head of research at FSDH Merchant Bank.

The new Finance Act also holds an opportunity for small and medium enterprises (SMEs) with a turnover of N25 million and below as they will no longer pay company income tax (CIT). This means real estate start-ups with a profit of N25 million will be exempted from paying CIT, initiative experts have said will spur growth in the sector.

“The amendments contained in the Finance Act should positively impact companies operating in the real estate sector and thus spur the growth of the industry. The tax-exemption of small companies and the reduced CIT rate for medium-sized businesses, for instance, will increase their capacity to absorb the shocks in the Nigerian macroeconomic environment and improve their cash flow position,” Akinlusi said.

According to estimates by BusinessDay, Nigeria may require monetary terms, between N170trillon to N200trillion to bridge the housing gap if each unit is estimated to cost N10million.

In the last decade, Nigeria’s housing deficit has widened to more 20 million units fueled by; lack of patient capital for developers to constructs affordable housing for the growing low-income earners who account for the larger populace of Africa’s most populous nation.

Real estate developers have continually been in search of viable alternatives sources to funding real estate projects in a country where the cost of funds has made bank credit inaccessible, unaffordable and unattractive to the sector.

Figures by the National Bureau of Statistics (NBS) for the third quarter of 2019 as analyzed by BusinessDay revealed that the property industry was among the least attractive industries to the country’s commercial banks as it got one of the smallest portions of the loan in the review quarter.

Banks’ confidence in the sector waned as credit allocation to real estate tumbled to its lowest level at 3.62percent since 2015.

“Finance is a key strategy for everything. The reason why the prices of properties are high is that the funding comes at a cost, and all those costs are buried into the cost of construction,” Adekunle Abdul, Managing Director, Metro & Castles Homes said.

UI ASUU gets new Chairman, as Omole bows out

‘With ‘LiveVend’ platform, Nigeria will go far in closing the country’s housing gap’

5 reasons why real estate is an attractive investment option…