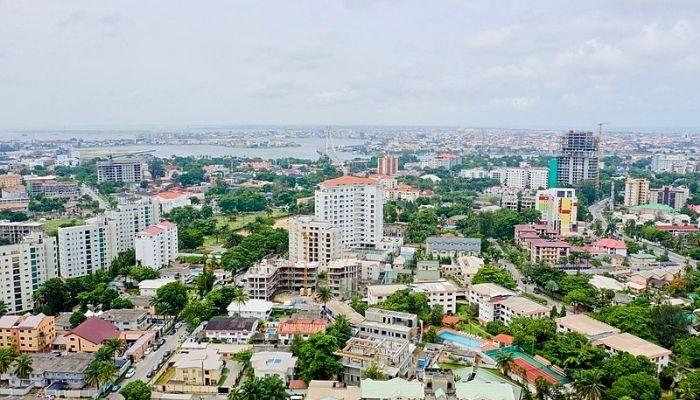 With a housing deficit at approximately 17 million and increasing annually by 20% according to the World Bank, affordable housing remains a key topical issue in Nigeria. Is there a solution? Is it possible to deliver affordable homes priced at below 4 million Naira anywhere in the country for instance? Simply put, Yes! with visionary leadership and support, an enabling real estate environment, and innovative implementable solutions. Jumoke Akinwunmi, Co-founder of Alitheia Capital and Chair of Purple, has proven that not only is this possible, but the local economy and communities can also benefit tremendously; a true trickle-down effect.

Jumoke Akinwunmi achieved this great feat while serving as the GM Ogun State Housing Corporation and Special Adviser, Housing Development to Ogun State Governor Ibikunle Amosun from 2013 to 2019, where she focused on providing innovative housing solutions for public servants and to the lower end of the pyramid. Upon taking the role, Jumoke had a very clear objective. “What I wanted to demonstrate is that it was possible to deliver (affordable) housing even in a desired location. The thinking with most people on affordable homes is if you want to build them, you have to go into the bush, no access, no infrastructure… I needed to break that long held belief. That simply wasn’t true.”

But how could she achieve this goal of establishing housing within desirable locations while retaining project affordability? Jumoke came up with a new definition of affordability as based on “need” and not on “want”. When it comes to homeownership, most people have very lofty dreams which typically and sadly does not match their earning realities. As Jumoke explained, “the truth is, what type of housing you can have is dependent upon what you earn and nothing else; especially in the absence of programs that support the ownership of affordable homes.”

Given her personal philosophy about affordable housing, when challenged by Governor Amosun “to make sure you do something about this before you leave this place” in reference to the lack of homeownership amongst the staff in the Agency she headed, Jumoke and her team got to work on exploring ‘out of the box’ solutions. Really quickly they realized that they could not address all the challenges existing within affordable housing. Instead, they focused on what could be achieved based on the enabling environment present within Ogun State. More specifically, Governor Amosun had given his housing team free reign to design solutions and the Agency had a land bank with clear titles. With this background, Jumoke and her team fixated their efforts on the issues around cost, affordability, and accessibility.

Their first step was to find out exactly what the proposed beneficiaries could afford. They invited a third party to carry out an affordability assessment. The results indicated that homes for about 30% of the sample date (200 public servants) needed to be delivered within the price range of 2.5 – 3.5 million naira, even with access to an in-house financing arrangement. “I think the results made me ill for about a week because I was shocked at the income and relating that to what people could afford as a home. It was terrible. But it was also a challenge” she stated.

Never one to back away from a challenge, Jumoke next focused her efforts on value engineering. They established an efficient master plan which helped save on infrastructure costs which easily could account for up to 40% of project costs if not effectively managed. She explained, “we knew that if we used the land effectively, we would get more out of it. So that was our master plan. We also knew that if we designed with a lot of sense, used the spaces properly and not waste space, that will also contribute to a cheaper build.”

With the master plan in place, Jumoke’s team of designers then came up with a no-frills affordable housing design – a 45sqm box located on a 220sqm average lot size which housed all the ‘wet areas’ including kitchen, bathrooms and toilets. This one-bedroom box, could easily be expanded to two and three bedrooms by minor adjustments to existing walls and windows, and by providing additional walls and roof extensions. The internals of the homes were intentionally not finished completely in order to enable staff obtain financing. As Jumoke suggested, “it was more important that these people could afford it than that it looked pretty at purchase”. Instead, internal items such as tiling, painting, sanitary wear, light fittings and sockets etc. were offered as a separate to be purchased package or individual home homeowners could provide them for themselves. Products such as aluminum windows and roofing sheets were bought in bulk. Typical project wastes were managed and avoided via quality control mechanisms and pricing was strictly controlled and reviewed down to nearest 100 naira.

These no-frills boxes, were initially not accepted by the public servants. “One of the biggest challenges” Jumoke highlighted, “was getting them to accept that this is what they could afford. That took months …. because all of their lives, all they had imagined themselves owning, without thinking how they will own it, was a four-bedroom house on a land, compound, with a garden and even a farm at the back of the house. When they saw the project and the box as we described it, it was difficult for them to match that with their dreams.” Jumoke and her team took proactive steps to educate the staff on the benefits of homeownership as a financial investment more so than and emotional one. Floor models of the 2- and 3-bedroom increments were built and displayed so that the people could better understand what they would be getting – a 45 sqm home with an option to expand to a three-bedroom semi-detached home in a serviced gated community, within a broader gated community, with friends and colleagues as neighbors. This option was then compared with the alternative which was for people to build individual homes, block by block, in an un-serviced plot without the benefit of a gated community security.

Jumoke eventually won over the public servants who ended up buying in droves. Special attention was particularly paid to the women. As Jumoke enlightened, “I remember dragging the women even after we’ve had the town hall meetings; I called for a separate meeting of the women who had indicated interest to come to my office. And the reason why I did that was because a number of them were women who lead their own households, or were single women, and I felt that this may be the only opportunity that they would have to become homeowners. And I just was not prepared to let them not fight for that. So, I was very, very pleased when quite a number of them became homeowners.”

Community impact was extremely significant to Jumoke. It was essential that the local community played a role and their livelihood improved by the presence and their involvement in the project. Jumoke and her team hired local “mom and pop” contractors, upskilled them via training and development, and put them to work on the project. She explained “while we were prepping for this project, we built a database of small contractors. We called them Task Managers. We pre-qualified them properly and we knew who we could call on in that ecosystem of small construction companies to build for us. It worked so well because in the space of a few months, you could see buildings rise and roofed. The best part of it was just seeing this ecosystem develop because in the process of building, we received support from development agencies who provided on-site training.”

The Task Managers played a key role in retaining the affordability of the development. They understood the role they were playing and participated in continuous process improvement steps with zeal; they took pride in the work they were accomplishing. “So, we would have our weekly meetings and walk around and talk about who had done something properly, and who had not; and how, ‘ok, let’s go and look at Mr. So and Sons Limited who has done a good job here’, and then ask them to demonstrate and explain what they did. Everybody listening. Then we’ll go to one that wasn’t’ done properly and we’ll talk about what they failed at and what they could do better. By the next week, you could see an enhancement of that particular element across the entire project.” explained Jumoke.

The homes were ultimately delivered for sale at a startup price of 3.2 million naira. The project was done in 9 months; 112 homes were delivered on time and within budget. In addition, several people opted to increase their homes to 2 and 3 bedrooms straightaway. These people relished the fact that they were now homeowners and that they could use their homes as a proper investment; an option they ordinarily would have struggled to attain.

As Jumoke concluded, “there is an economic empowerment that comes from homeownership and people need to understand it more from an economic activity than from an emotional investment.” Solutions such as those proposed by Jumoke and her team while in Ogun State showcase what is possible when real estate practitioners, together with government, work within the confines of their existing enabling environment to find creative possibilities. Step by step, the use of customized options can slowly chip away at that 17 million deficit in order to arrive at home ownership solutions for the wider Nigerian audience. It is in this way the dream of ownership can actually become a reality.

She has over 20 years of experience in the real estate asset management operating at CEO and C-suite level across the public and private sectors within the US, France and Africa. She holds an MBA from Harvard Business School and a BA (High Honors) from Dartmouth College. Ms. Ajene-Sagna is also a Senior Fellow at the Lagos Business School teaching in the Strategy department.