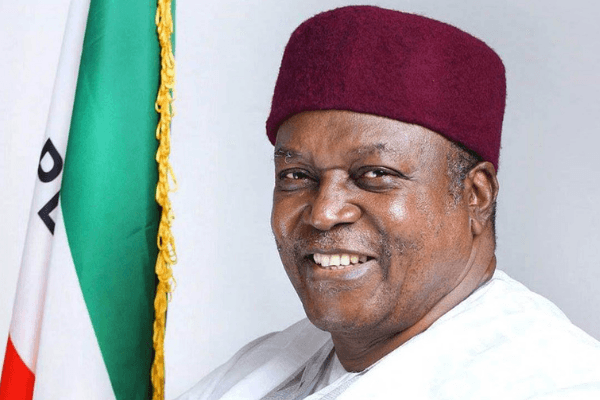 Share
The Taraba State Independent Electoral Commission (TSIEC) Wednesday evening declared candidates of the People’s Democratic Party (PDP) winners of the sixteen local government Councils of the state in the Tuesday June 30th 2020 local council polls.
Seventeen political parties participated in the polls while the major opposition in the state the All progressive Congress APC earlier withdrew from the elections for they described as inadequate time for the party to prepare for the polls.
Declaring the results of the local government polls which was conducted on Tuesday, 30th June, 2020, the chairman of the commission  Philip Duwe said candidates of the PDP for chairmanship  won the elections across the sixteen local government Councils of the state.
Duwe said though the results for the 168 councilors in the state were earlier announced at the ward levels immediately after the elections on Tuesday, the commission was yet to compile the accurate results for the councilors which he said would be announce shortly.
He urge those who lost in the polls to accept defeat and agree that leadership comes from God.
Earlier on Tuesday in Takum, Governor Darius Ishaku of Taraba state shortly after casting his vote for the council election describe the election process as peaceful, transparent and impressive.
The governor who cast his vote at Kurupanti polling unit Gutu ward Takum along side his wife Ann Ishaku expressed happiness over the peaceful results, he gathered during and after the election process.
“Before coming to my polling unit I have gone to observe other polling units and I can tell you that the process is peaceful and transparent, I have also heard from my deputy who is voting at Gassol LGA and he said everything is going on peaceful and other places have also reported peaceful conduct of the exercise so I can tell you it is all peaceful”
Contrary to the insinuation that council executives were imposed on the people against their choice by the government, the governor stressed that the selection process of the party’s flag bearers was transparent and consensus were reached even at the primaries to avoid crisis.
” I am the Father of democracy I can never allow the imposition of candidates against the will of the people, that is why right at the primaries we decided to go by consensus so as to avoid crisis and the people decided who should represent them”.
The governor said the boycut of the council election by the All Progressive Congress party APC, was constitutional, noting that the participation in the council election was optional and the part have it’s rights not to participate.
It will be recall that the All Progressives Congress earlier boycott the elections, accusing the Taraba Independent Electoral commission of not providing an enabling environment for all political parties to participate in the Council polls.
The state Independent Electoral Commission TSIEC had earlier stated that seventeen out of eighteen registered political parties in the state were participating in the state council election.
Share

We plan to create jobs, enhance wellbeing of Abians- Ikpeazu