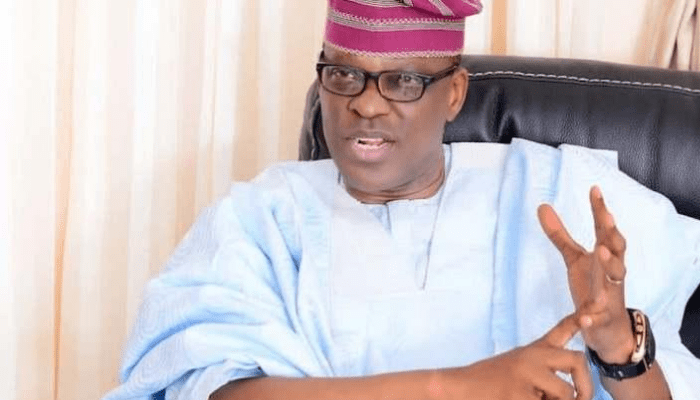 A group, known as Vanguard for Justice and Fairness in PDP ( VJF) has called on the National Working Committee (NWC) of the People’s Democratic Party (PDP) and other party leaders to give total support to the governorship candidate of the party in Ondo State, Eyitayo Jegede (SAN) to enable the party emerge victorious in the October 10 governorship election.

VJF in a statement by its President, Abubakar Abagi expressed concern by the disaffection noticed among high ranking members in the PDP following the victory of Jegede at the primaries over their preferred candidate.

Sequel to the ongoing contention of who becomes Jegede’s running mate, Abagi cautioned the party leaders against doing anything that could ruin its chances of winning the election.

He also called on PDP NWC and other party heavy weights to prevail on the Ondo State Deputy Governor, Agboola Ajayi to work in the overall interest of the party and not defect to the Zenith Labour Party despite his inability to clinch the party’s governorship ticket.

“It has come to our knowledge that some top party leaders are not happy over the victory of Mr. Jegede over Ajayi’s loss at the PDP governorship primaries and are beginning to show tacit support for Ajayi to leave the party and withdrawing their support for Mr. Jegede who clearly won in a transparent process.

“We are fully aware that Mr. Jegede is seen by these unhappy leaders as being a follower of the political ideology championed by the former vice president and PDP candidate in the 2019 presidential election, Atiku Abubakar. However, Mr. Jegede still remains the choice of the people of Ondo

State and the entire PDP followers in the state and that should be respected.

“We can’t to go into the election with a divided house as APC members in the state are on a daily basis uniting and closing ranks while we are busy with antiparty activities that may ruin our chances of kicking Rotimi Akeredolu and his All Progressives Party (APC) out of power and free people of Ondo State from the grip of poor governance”, Abagi said.

He noted that Governor Akeredolu had presented his running mate, Lucky Aiyedatiwa, to one of his erstwhile political antagonists, Bola Tinubu, adding that such development is a pointer to the reality that discord among top PDP stakeholders in the state at this crucial period will cost the party dearly.

“If Akeredolu could unite with Tinubu, I don’t see why the victory of Jegede should be a problem to our leaders.