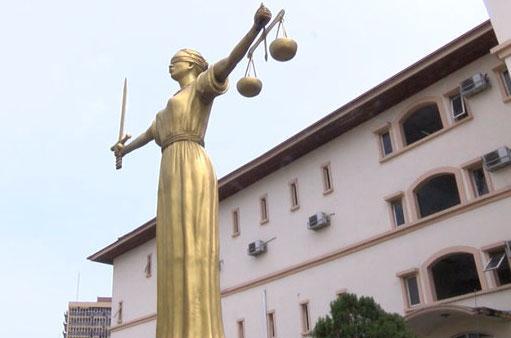 As preparations for the September 19 gubernatorial election in Edo State intensify, the political tension in the state has aggravated in recent days, between the incumbent Governor, Godwin Obaseki, candidate of the People’s Democratic Party (PDP) and his main rival, Osagie Ize-Iyamu of the All Progressives Congress (APC).

Obaseki’s second term bid has been assailed by disturbances, and war of attrition against political foes who have determined to see his back out of the Government House without him having a chance for a second term. For a very long time now, Obaseki has been at loggerheads with his predecessor and erstwhile benefactor, Adams Oshiomhole, who until recently was the national chairman of the ruling APC.

After Obaseki’s controversial disqualification from the APC primary election believed to have been influenced by Oshiomhole and the subsequent emergence of Ize-Iyamu as the APC candidate, it seems Oshiomhole, appears hell-bent on making sure that Obaseki is defeated in the September 19 gubernatorial election or perhaps, removed from office before the election.

One of such moves was last Thursday’s attempts by some pro-Oshiomhole lawmakers to forcefully take over the state Assembly.

Trouble started when lawmakers in the camp of Oshiomhole, led by Yekini Idiaye, the deputy speaker, endorsed Osagie Ize-Iyamu, the pro-Oshiomhole lawmakers and thereafter, relaunched the move for their inauguration.

It was said that the lawmakers took their oath of office at a hidden location in the state last Thursday.

Their intention may not be clear, however, but sources say they were mandated to remove Obaseki just one month to the gubernatorial election.

A faction loyal to the governor had been in charge of the Assembly while the loyalists of Oshiomhole were left out despite attempts to hijack the inauguration and possibly remove Obaseki.

Few hours after their removal, Frank Okiye Speaker of the Assembly had raised the alarm that there was a plot to forcefully take over the Assembly.

On Thursday morning, security operatives stormed the Assembly complex, which led to a protest by indigenes of the state and supporters of the governor.

Speaker of the House and loyalist of Governor Obaseki, Frank Okiye had alleged that the national leadership of the APC was behind the action of the security operatives.

Governor Obaseki had also stormed the Assembly complex with his Deputy, Philip Shaibu and hundreds of supporters, in a show of wits, asserting that no business of legislature would ever take place at the complex until after the forthcoming election.

According to him, “I want to assure you that as governor of the state, I will do everything within my power to protect the sovereignty of the House.

“For us as Executive, we will use the instrument available to us constitutionally to protect the House and the state.

“Nigeria is governed by the constitution and President Muhammadu Buhari has always said we must follow the rule of law and do things according to the law,” he said.

To give vent to his pronouncement, Obaseki immediately directed that the roof of the Assembly Complex be pulled down, even as tipper loads of sands and granite were being off-loaded at the complex to begin massive rehabilitation that would make it impossible for legislative business in the near term.

But Ize-Iyamu, in a statement by Chairman of APC campaign council in the state, John Mayaki, debunked allegations that Oshiomhole and the Federal Government brought Police from Abuja to block the Edo Assembly complex.

He accused Obaseki of carrying out several onslaughts against the constitutional independence of the legislative arm of government by attacking its members-elect and denying them representation.

Ize-Iyamu insisted that the governor was responsible for numerous other sieges on the Assembly complex, and that he was in the best position to tell the world who was behind the Police blockade on the Assembly.

According to him, “It is a known fact that the outgoing Governor,  Godwin Obaseki, has treated the House of Assembly, an independent and co-equal branch of government, as a mere extension of his office through the brutalisation of members-elect and the denial of representation to the majority of members.

“In Gestapo style, the outgoing governor hijacked a tiny minority and purportedly inaugurated them in the dead of the night.

“The sham inauguration was condemned and set aside by both arms of the National Assembly after their separate investigations revealed that the members, and indeed the Clerk, were forced to participate in the illegality under threat to life”.

With a few weeks left to the gubernatorial election in the state, political observers are, however, worried about the aggravating political tension in Edo State and its implication for a peaceful conduct of the September 19 election.

Currently, there are fears in some quarters that the situation in the state would worsen and could lead to serious chaos if not checked in the next few weeks as the two camps attempt to gain superiority and public support ahead of the polls.

Though the Independent National Electoral Commission (INEC) has warned political parties and their candidates that there would be no result if there is violence in the election; observers say that the electoral body and security agencies must go beyond lip service and make sure that there is punishment for anyone found causing trouble in the state before and during the election.

“At this stage, it is do-or-die, the political life of so many of them is at stake and it is going to crash if they lose. It is only stupid people that would allow himself, to be used,” Tade Ademola, a political commentator, said.

“Government has a responsibility to make sure that the atmosphere is conducive and peaceful for the voters” Ademola further said.

A political pundit, who spoke on condition of anonymity, said that the Edo gubernatorial election would not be different from others since 2015.

“If you have followed the pattern of elections in the country since 2015, it has been violence-prone. A lot is at stake in the Edo election, both on the side of the APC and the PDP. They are simply testing their might. In fact, the election means more to Oshiomhole than to Ize-Iyamu. They are going to use intimidation. It is going to be a serious fight; we are already seeing that,” the analyst said.