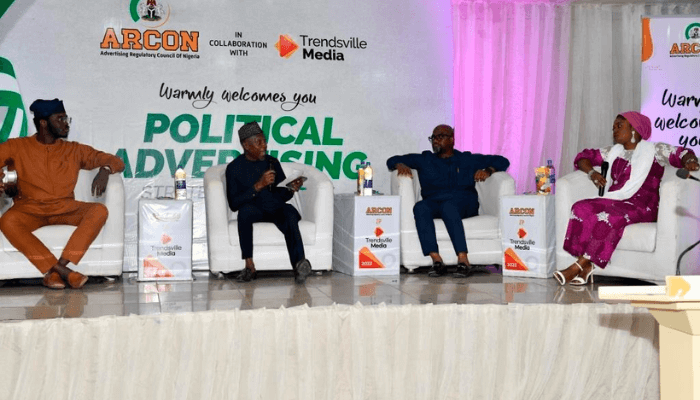 Ahead of the forthcoming general election, an appeal has gone to the politicians and their supporters in the country to abide by the law regarding erection of campaign materials for peace and harmony to reign during and after the election.

Olorunshola Omotayo, director-general of the Kwara State Signage and Advertisement Agency (KWASAA), gave the plea in his office when he received Yusuf Abdullatee, the Head of Ilorin zonal office of Advertising Regulatory Council of Nigeria (ARCON), who paid him a courtesy visit.

Omotayo, reiterated the commitment of the agency to restructure outdoor industry in the state for growth and development.

He emphasised the need for the two agencies collaborate so as to guard against flouting of advertisement laws and for the betterment of Kwara State and the nation at large.

Read also: How voting system has evolved since 1999

Omotayo charged the practitioners to adhere strictly to the rules and regulations of the industry.

Earlier, the zonal Head of the Council, Yusuf Abdullateef, explained that ARCON had opened a window of opportunity for politicians and political parties to have an accelerating vetting in their campaign materials with token amount.

Abdullateef, who used the opportunity to appreciate KWASAA for its cooperation with the council in the past, requested for more cooperation as a sister agency in the advertising and outdoor industry in the state to further enhance progress.

He therefore, called on politicians to do everything with decorum in the best interest of Nigeria and Nigerians, stressing the need for them to play the game in accordance with the rules and regulations.

Also speaking, the Secretary of KWASAA, Imam Ismaila Asukuti thanked the entire management of the ARCON for their visit which according to him would further cement the good relationship between the KWASAA and ARCON.