How voting system has evolved since 1999 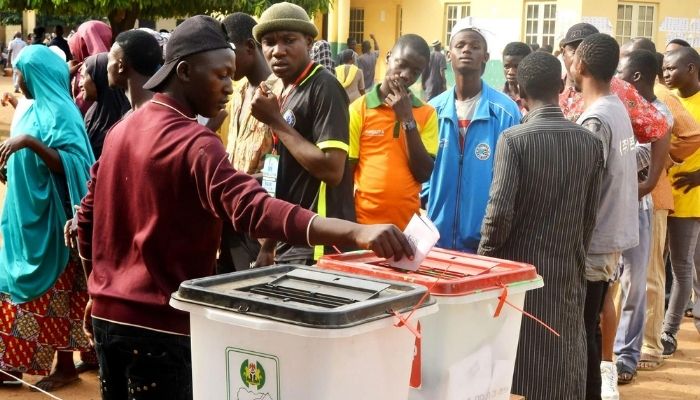 The electoral methods Nigeria has chosen since the turn of democratic rule in 1999 have failed to deliver one of the basic ingredients of a democratic dispensation: credible elections.

The new electoral law assented to by President Muhammadu Buhari is considered as being capable of delivering credible elections.

While this is the first time the country would be using internet-enabled machines to begin and end the voting process, authorities have made efforts in the past to introduce some form of innovations to the electoral process to ensure a level of credibility; however, their dependency on human actors were their pitfalls.

The administration of democratic elections in Nigeria dates back to the period before Independence when the Electoral Commission of Nigeria (ECN) was inaugurated in 1958 to conduct the 1959 federal elections.

The technology that was used during this period was manual balloting, which lasted until 2015 when the smart card reader method was introduced. Manual voting involves voter registration, voter register exhibition, voting, vote counting, collation, and publication of results.

Registration of voters enables eligible voters to have their names entered into a document (Voter Register), with the aim of offering the person the opportunity to exercise their franchise on the appointed day of voting. Nigerian law states that an eligible voter is one who is 18 years of age or above, a national and resident in the country.

Materials used by the ECN to register eligible voters during the period under review include scannable forms, pencils, photographs (or thumbprints) of the voter, and indelible ink. The Voter Register is considered provisional, so that changes may be made, until such time when it has been pushed to the Voter Register Exhibition stage.

Barcodes are to help detect forged registration forms to enable the validity of the forms to be easily ascertained.

There is also the use of indelible ink to guard against double registration and a unique voter registration number, which is given to every registrant.

The exhibition of the voter register involves the display at each polling station once the registration is over. This is for the public to come and check that there are no discrepancies.

Research shows that to a large extent, the success of an election is determined by how accurate the voter register is.

Voting (manual) is the actual process of casting ballots. Eligible voters go to the polling station where their names are registered and show their voter identification cards to the polling officials for inspection. Based on the (unique) voter registration numbers on the cards, the officials look up the names of the voters.

When it is ensured that no votes have been cast by the voters, they are issued ballot papers with the left thumbs marked with indelible ink to indicate that they have voted.

In an enclosed space, they select their candidates of choice on the given ballot papers and thumbprints in the space allotted for the candidates. The voters then carefully fold the ballot papers (to avoid the fingerprint soiling other parts) and deposit them into the ballot boxes provided.

Read also: INEC to fix BVAS, other impediments before 2023 polls

Vote counting and publication of results – ballot counting is done manually, with results collated through a bottom-up process. This means that counting is first done at the lowest level (the polling station level) and the results are collated from that level up to the constituency level and then to the national level.

At the highest level, the overall votes of various candidates are ascertained. After this, the ECN publishes the final results.

In the buildup to the 2015 general elections, the Independent National Electoral Commission (INEC) introduced smart card readers for the verification of voters and their voting cards to minimise the incidence of fraud and rigging.

The INEC card reader is a portable electronic voting authentication device configured to read only the Permanent Voter Cards (PVCs) issued by the electoral body. The card reader was designed for the accreditation process to collate the authentication of eligible voters before voting.

The automated fingerprint identification system was used in the 2011 general elections to eliminate multiple registrations from the voter list, but it was not capable of verifying the identity of voters at the polling stations.

Consequently, INEC adopted the use of the permanent voter card (PVC) system and introduced smart card reader technology, a device used to scan PVCs to verify the identity of voters at the polling booth.

During the elections, two new technologies that are more advanced were introduced. The PVCs contain voters’ biometric information in an embedded microchip and replace the temporary voter’s card that was used in the 2011 general elections.

It is positioned by its operators to read the embedded chip on the voter’s PVC. The card is placed into the device, which then displays the voter’s details. The voter places a thumb on the device, and his or her identity is confirmed through fingerprint authentication, which takes about 10 to 20 seconds to validate a voter.

The biometric voter accreditation system (BVAS) is a device that replaces the smart card reader, which was used in 2015. INEC decided to use this technology in the 2023 elections but made its first outing in the Isoko South I State Constituency Bye-election in Delta State on September 11, 2021.

The goal of the BVAS, according to Mahmood Yakubu, INEC chairman, is to guard against identity theft where one person uses another person’s PVC to vote using the incident form.

Although there are controversies regarding the success of this technology, as some experts say it is geospatially dependent, since it has only been used in three locations. Also, it will require a strong connection around 4G to function effectively.

As Nigerians anticipate the 2023 presidential election, which will capture a larger percentage of the population, there’s a call on INEC to put necessary measures in place to avoid hitches as seen in the previous elections where the BVAS machines were deployed.