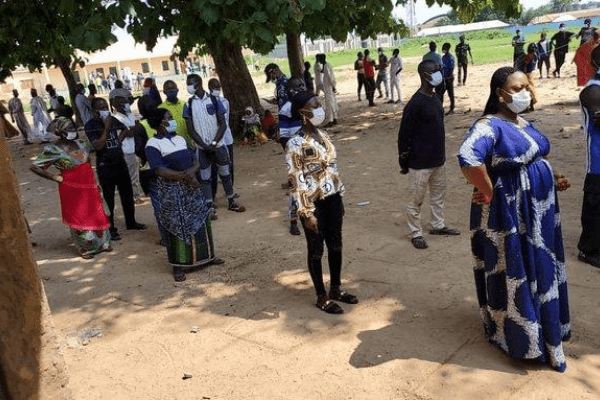 Share
The Candidate of the All Progressives  Congress (APC) in the just-concluded Nasarawa State House of Assembly by-election for Nasarawa Central constituency, Ismail Danbaba has been declared the winner for the election.
Danbaba (APC) scored 7,475 to defeat Bage Nuhu of Peoples Democratic Party (PDP) who got 4,608 votes.
Declaring the result last Saturday night in Nasarawa, the Returning Officer, Iiyasu Umar said by Election had 12,217 total votes cast out of which 12,083 were valid votes with 234 rejected votes.
Umar stated that the election was peaceful and hitch-free, and appreciated all that ensured the success of the poll.
The results of the election were announced under the supervision of INEC National Commissioner in charge of Kogi, Nasarawa and Kwara states, Mohammed Haruna amidst heavy security personnel presence.
Share