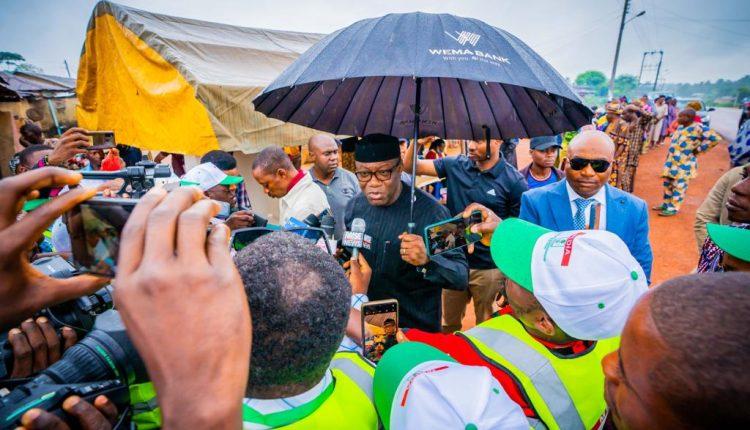 There is large turnout of voters for the ongoing Ekiti governorship election in many parts of the state including Ado-Ekiti the state capital.

Hundreds of voters trooped to polling units from 8am, when election materials and officials of the Independent National Electoral Commission (INEC) had not arrived.

Reports show that there is a heavy presence of security officials in several polling units across Ado-Ekiti, the state capital and several other local government areas in the state.

There is, however, reports of inducement of voters in some polling units in the state capital.

According INEC, 16 political parties are presenting candidates for the gubernatorial election.

Read also: Ekiti Decides: Accreditation, voting begin at 8:30am in 16 LGs of Ekiti

Pundits say that the contest would be a three horse race, between Oyebanji of the APC, Kolawole of the PDP and Oni, former governor of the state and candidate of the SDP.