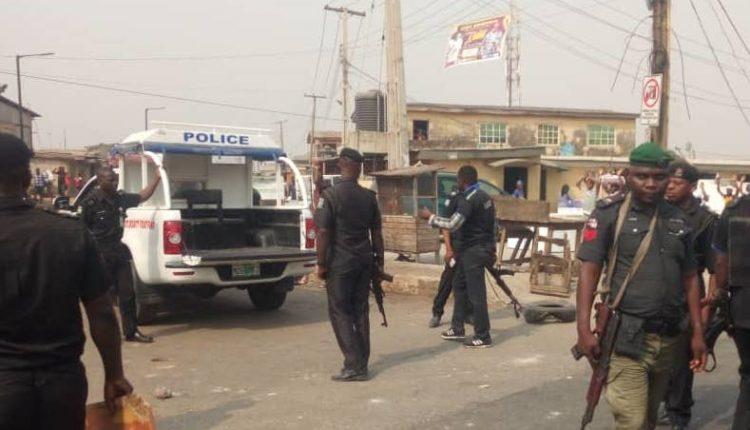 Seven persons have been reportedly arrested by the Edo State Police Command in connection with Thursday’s siege on the Edo State House of Assembly complex.

The arrest was said to have been sequel to an emergency call from 17 elected members of the Edo Assembly who were prevented from holding plenary session at the assembly complex.

When contacted for confirmation, the state police command image maker, Chidi Nwabuzor said it will be premature for him to comment on the crisis in the state house of assembly.

He however, said that the state commissioner of police, Johnson Kokumo will before the end of the day make a public statement on the crisis.

According to him, saying anything now on what happened at the Edo State House of Assembly yesterday is rather premature. The command is looking into it and at the end of the day, the commissioner of police will make a statement of it.

Nigeria, Congo Are Among Worst Hotspots for Hunger – Bloomberg