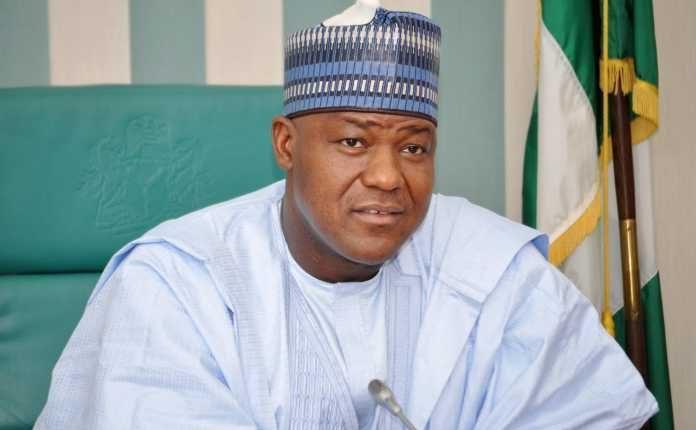 While the pomp and ceremony that greeted the recent defection of the former Speaker of the House of Representatives, Yakubu Dogara from the People’s Democratic Party (PDP) to the All Progressives Congress (APC) is gradually dying down, facts have emerged that his return has unsettled the House leadership.

Dogara, who had in the build up to the 2019 general election dumped APC for PDP, also rejoined the ruling party on the allegation that the mistakes the former administration in his home state of Bauchi made were being repeated by the incumbent Governor Bala Mohammed administration

The lawmaker, representing Dass/Tafawa Balewa/Bogoro Federal Constituency of Bauchi State in a letter written to the Chairman of the PDP Bogoro ‘C’ Ward, Bogoro Local Government Area of Bauchi give many reasons he was resigning from the party.

In the letter dated 24th July, 2020, Dogara said he left the PDP because of failure of governance and mismanagement of resources in Bauchi, which have remained unanswered to him.

The letter read in parts: “I write to formally intimate you of my decision to resign my membership of the People’s Democratic Party. This became necessary because the same reasons why we fought hard in 2019 to effect change in the governance of our dear state are festering now.

“I intend to bring these issues to the front a burner once again as the fight to instill decent and egalitarian government in our dear state continues.

“Specifically, I intend to ask questions about the following: What has happened to LGA allocations since May 2019? What happened to our campaign promise to conduct LGA elections within six months of the PDP government?”

Among other areas of grouse as contained in the letter, he also said: “Mr. Chairman, you will agree with me that I cannot raise these issues and many more questions without a charge of disloyalty leveled against me if I were to remain a member of the PDP.

“I cannot also fail to raise these questions now, having raised similar ones during the administrations of Governors Isa Yuguda and Mohammed A. Abubakar, if I abdicate this responsibility on the altar of partisan loyalty, I will be the most irresponsible and unprincipled politician in Bauchi state.Thus, by this letter, I have resigned my membership of the PDP to enable me keep faith with my principle of fighting for good governance in our dear state”.

His return to the APC was counted as one of the big achievements by the Governor Mai-Mala Buni-led Caretaker/Extra-Ordinary National Convention Planning Committee’s reconciliation efforts.

However, the APC-dominated leadership of the House of Representatives under Speaker Femi Gbajabiamila BDSUNDAY reliably gathered is not too comfortable with the return of Dogara to the ruling party.
According to some lawmakers who would not want to be mentioned, the defection of the former Speaker to the party with the majority in the House is a disturbing situation to the leadership which is now in a quandary on how to handle him.

One of the lawmakers who craved anonymity said now that Dogara is in the ruling party and with his position as a former Speaker, he must be part of any major decision by House leadership and this would naturally not augur well with the leadership.

Another lawmaker noted that Dogara and the present Speaker are not best of friends since he defeated Gbajabiamila in the contest for Speakership in 2015, expressing fears that the development would open room for another fight for supremacy.

“You know that when he was in PDP the Majority Caucus which calls the shots in the House affairs needed not to consult him, but now that he is in the ruling party, he must be part of whatever they do as a former man in charge”, a lawmaker said.

A ranking member of the House also told BDSUNDAY that: “Dogara coming back to APC which controls the House is not going to be easy for the House leadership because he cannot just be a floor member but a voice to reckon with in the scheme of things.

“Though he may not be made Speaker or Principal Officer, but something big must be given to him. May be, a special Committee would be set up for him to chair or there would be a reshuffle of the existing Committee leaderships to create space for him. For now, he is not a Chairman of any Committee. All this would put pressure on the House leadership”.

Speaker of the House, Gbajabiamila on the other hand has remained silent since his predecessor rejoined him in APC and efforts to get his response to the intrigues proved abortive as his Spokesman, Lanre Lasisi could not reply to questions by Correspondent.
Reacting to this, APC Deputy National Publicity Secretary, Yekini Nabena said Dogara cannot be Speaker again as the party had zoned the seat to the South.
“He has been a former Speaker and cannot be Speaker again. He has been a Speaker and you know the Speakership is zoned to the South; so, he cannot be a Speaker. Back to his State (Bauchi), it is all about service – to serve the people. He is a leader,” Nabena said.

Asked whether the party would influence his appointment as Chairman of a juicy Committee, Nabena said: “That one is within the legislature. The most important thing about his coming back is about service. He has seen both sides and he is ready to serve his people”.