Decade after arab Spring, are there gains? 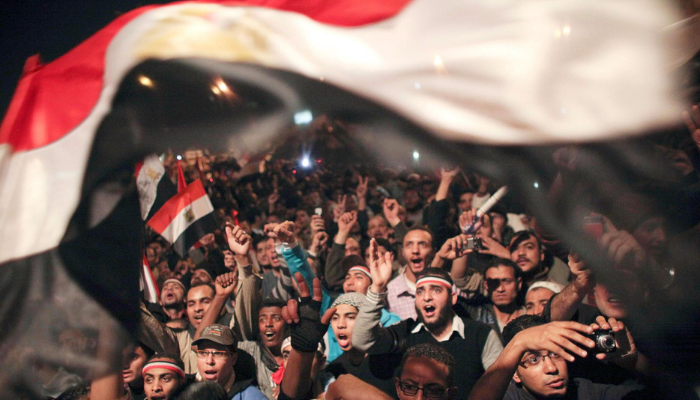 It has been ten years since Mohamed Bouazizi, a fruit seller, set himself on fire in protest outside the provincial government headquarter office in the little-known town of Sidi Bouzid. That bravery act on December 17, 2010 in protest against local officials who had seized his cart and produce was the turning point and defining moment that engineered protests culminating in a revolution, which swept across the Middle East and North Africa, bringing down corrupt, power drunk and oppressive regimes, which hitherto ruled countries in the region for decades with iron hand.

Within the first 18 days of Bouazizi act and subsequent death on January 4, 2011, protests and revolts spread like wildfire in Tunisia culminated in dethroning the government of Zine el-abidine Ben Ali, a dictator, to its knees and ultimately forcing him to cede power 10 days after the death of the fruit seller.

The revolution spread across the police states of the region in Egypt, Bahrain, Yemen, Libya and Syria. In Egypt, despotic ruler Hosni Mubarak, who had ruled for about four decades, was also toppled.

Similar situation occurred in Libya, where Muammar Gaddafi, who had ruled ruthlessly for 40 years, was also toppled and killed. So, it was in Syria, where Hafez al-assad had bequeathed the most tightly managed police state in the region to his son Bashar, who now faces sustained threat to his family’s dynastic rule.

However, a decade after that famous revolution, observers say that the event had shaped societies in the region. Though the revolution came with much hope, and expectations, especially considering that thousands of lives were lost; questions have been asked if the revolution has brought the much desired change, democracy and freedom?

A look at the region shows that the uprisings have produced modest political, social, and economic gains for some of the region’s inhabitants. While also sparking horrific and lasting violence, mass displacement, and worsening repression in parts of the region, with the much soughtafter democracy and free society continuing to be a mirage for several countries.

Several of the rulers, who came to power after the spring in countries such as; Egypt, Libya, Bahrain, and Yemen, are turning to dictators, intolerant of opposition or dissent, while arbitrary arrest, detention and death are now commonplace. One can say that thousands of people, who lost their lives during the revolt and even those alive, perhaps may be terribly disappointed in the state of the region and individuals in power now.

Though analysts say the longtime benefits of revolution may take time to manifest, others have also cautioned that the Arab Spring was not a revolution; they argued that though there were revolts by the people with western powers helping to toppled regimes. They said the original intention of the protesters may have been derailed.

According to Sylvester Odion Akhaine, professor of Political Science, the situation in the region is worse than it was before the revolution, as the governments have become more authoritarian. He blamed western powers for trying to forge their brand of democracy in the region.

The professor noted that, “In the early days, Egypt had a military dictator who transformed the country to an authoritarian state, Mubarak came to power toed same line and same thing happened in Tunisia and Libya, which replaced existing monarchs before they were killed and toppled during the revolt. If today you had not established democracy, it is difficult to say it is democracy because the fundamentals of society have not changed.

“So in the case of Egypt, there is an authoritarian regime and Tunisia is not faring better, these Arab states cannot be analyzed based on one parameter. Look at Algeria, they fought the war of liberation and the movement that won that war is in power and they became the dominant force governing that society. It is not enough to say that any society must do western norms to qualify as democracy; there is contextual parameter for every state.

“I cannot believe what happened was a revolution, so you cannot be talking about counter revolution, Arab Spring sprang up but it has not moved.

“What people do is to use one event to say that a revolution has taken place that is why it is difficult to say what is going on. In Egypt you cannot say the western force was not involved in the overthrow of Hoseni Mubarak. The man who succeeded him did not succeed, the Islamic Brotherhood who won the election was removed, but they were democratically elected”.

Odion further stated though the people were anxious to bring down the authoritarian regimes, the kind of societies they wanted afterward was not clear, adding that despotic leaders should learn that the people would always react one day when constantly oppressed.

“Do you know that Egypt has become one full authoritarian state where people are detained even in the stadium? So, when you want to say a revolution you must ask what? A revolution means a complete change. They are still in an authoritarian context.

“The only lesson is that wherever there is oppression there would always be correspondent resistant one day? That is the lesson here; you have to be clear about your destination. The whole movement derailed if they wanted western democracy,” he added.

However, Wale Ogunade, a political analyst, said the revolution has brought some gains to the people who fought it, stressing that the societies were now freer, while the people were now more conscientious about their rights and need to hold the government accountable.

“The gains of the Arab Spring are there, you cannot totally ignore it and say there are no gains. I think firstly, it has made the people of the region to become more conscientious about their rights, the need to protest and hold the government accountable. We had people rule for 40 years plus before unchallenged that has ended.

“The governments in those countries now know it is not a straight jacket, in Lebanon they were holding elections the other day, it was not the case before. Even here in Africa and Nigeria leaders now know that the people are not fools”, Ogunade said.