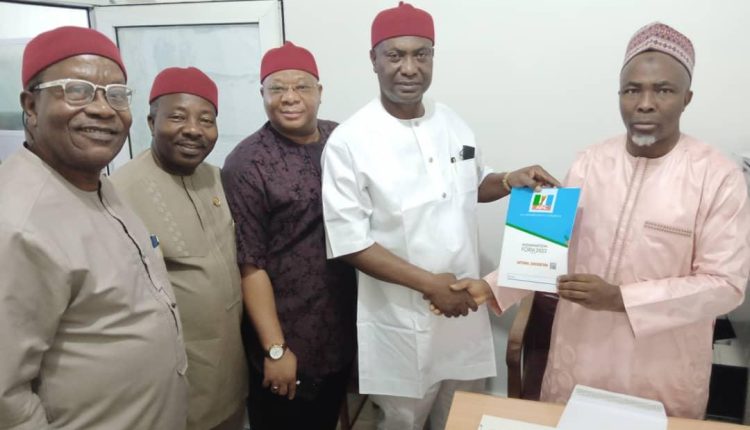 The Abia State chapter of the All Progressives Congress (APC) has adopted Ikechukwu Henry Ikoh as its candidate for the post of National Vice Chairman, South East.

A letter dated March 17, 2022 addressed to Hope Uzodinma, governor of Imo State, which was sighted by our correspondent, was signed by fourteen eminent members of the party, including Uchechukwu Sampson Ogah, minister of State, Mines and Steel; Senator Chris Adighije; Senator Nkechi Nwaogu; Emeka Wogu, former minister of Labour and Productivity, and Stanley Ohajuruka.

The 5-paragraph letter, titled: ‘Adoption of Chief Ikechukwu Henry Ikoh as Our Candidate for the Post of National Vice Chairman, South East’, reads in part: “Your Excellency, if you could recall a delegation of stakeholders of Abia State APC paid you a visit on the 4th March, 2022 after her meeting on 3rd March, 2022 to solicit your support for the position of the National Vice Chairman South East to be ceded to Abia State which your response was in the affirmative.

Following the development, Ikoh has since purchased his nomination/expression of interest forms, and has also successfully submitted same back to the APC National Secretariat.

In a campaign flyer, Ikoh said that a vote for him by the delegates was a “Vote for generational change; for capacity, and for humanity.”

The All Progressives Congress will be holding its National Convention, where fresh members of its National Working Committee (NWC) would be elected on Saturday, March 26, 2022.
Ikoh is from Ahuwa Oboro in Ikwuano Local Government Area of Abia State; a former commissioner for Industry in Abia State and founder of Harmony Foam Nigeria Limited.

In a recent interview with BusinessDay, when asked to comment on the increasing voter apathy arising from the belief by many Nigerians that their votes would not count and their unwillingness to participate in the voting process in 2023, Ikoh said that the coming elections would be different with the new Electoral Act in force.

“I do not believe that votes do not count in Nigeria. But if there had been any of such, with the new Electoral Act in force, I assure you there would be no such thing as votes not counting,” Henry Ikoh said.

The industrialist-turned politician further said: “Voting during elections is one of the constitutional civic duties of every Nigerian up to age eighteen plus (18+). Independent National Electoral Commission (INEC) is the body statutorily vested with the responsibility of conducting free, fair and credible elections in the country. This means that as citizens of the Federal Republic of Nigeria, every citizen is expected to register and to also vote during elections. They cast their votes for their preferred candidates. I must tell you that their votes must count this time around.

“INEC over the years has been carrying out its responsibilities creditably; hence, we are confident that votes will count in 2023. Those who say their votes won’t count are those who are ignorant of the workings, processes and procedures of elections conducted in this country. Those who do not believe in the credibility of such elections have another option of seeking redress in law courts; l mean courts of competent jurisdiction or Election Tribunals. Once elected, the electorate (body of voters) should hold their elected representatives and all those elected into public offices responsible to account for their mandates. This can be monitored by asking constructive questions at scheduled Town Hall meetings.”