Buhari must be decisive in addressing security challenges in Nigeria – Okorie 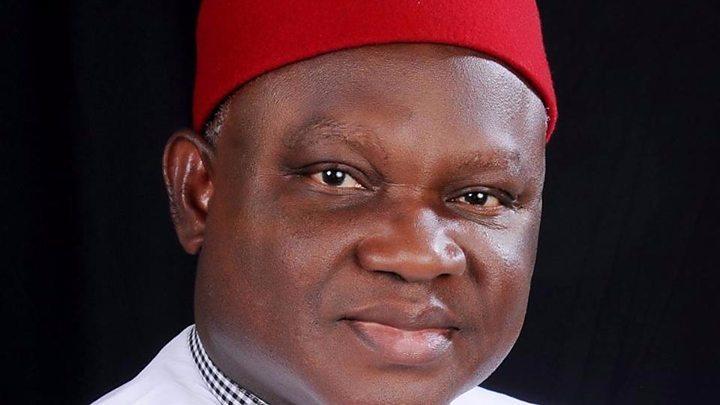 Chekwas Okorie, a former national chairman of the defunct Unity Progressive Congress (UPP) in this exclusive interview with INIOBONG IWOK, assesses the state of the nation, insecurity, among other issues. Excerpt:

What is your view about recent allegations against Ibrahim Magu?

For me, in recent times there have been accusations and counter accusations, but now the President in his wisdom set up a panel of enquiry to verify what really happened in the EFCC. When you look at what has transpired, and look at the petition, I think Justice Ayo Salami is a jury of impeccable character. Many people including myself are confident that he would do a thorough job. It is unfortunate that the matter is presently in the media, more of media trial going on, but if you look at Magu’s lawyers’ views and what they have been saying, they are maintaining that he may be accused wrongly. But it may not be appropriate to jump into conclusion; we would know
the trust soon. That panel is responsible to the President alone; but because it is a public case, we suggest that the outcome is made public. Personally, I would not join the media trial.

But some Nigerians are of the view that President Buhari encouraged him by leaving him in office despite allegations against him by the DSS and the 8th National Assembly?

Well, I think looking at the result Magu has posted, comparing him with those before him in terms of convictions and trials under his
watch; one would say he has done relatively well. But I would say corruption would always fight back. That is why I do not want to blame anybody until the report comes out. His lawyers have said some of the accusations are not true; like the one that he sold billions worth of properties to friends. They said not a single property has been sold under his watch. They
also said the misappropriation allegations were not true. So, how can one merge this together with what we are hearing? It is until the
report is out. And the man the President has appointed is someone whose integrity
cannot be faulted. So, I would urge Nigerians to wait till the report is submitted. If people are saying he was arrogant or whatever, well, I don’t know. He would not want to be seen socialising with people who he is presiding over their cases in his court. So, someone like Magu trying to avoid social engagement may portray
him as being arrogant. It is not about socialising, because the job is not a job that requires public relations but to be strict and disciplined. So, it requires that certain individuals who head that office must be
a principled person to succeed. But, you also must consider that nobody left that organisation unblemished and it would look as if there is no good person in Nigeria. Because people who have held that office left there meritoriously,
none has been subjected to this kind of panel which is why I am interested. So, I urge Nigerian to wait and see.

How do you react to the drama in the NDDC?

Everybody who knows how much has been released to NDDC from inception knows what is going on there. I am from that region, I know the situation there. There are those who are far worse; imagine the environmental pollution, a lot of money passes through NNDC and nothing is done. We all know what the Senators and House of Representatives members are doing there over the years. I am a contractor, I know what is happening; I have not been able to do a single job over the years, even when we applied based on advertisement you don’t get the job, except you pass through a Senator or Minister and it is not my character to do that to collect a job. So, the advert is just to collect public money, but we know that if you
go, you would not be given fair chances. So, the forensic audit that the President has ordered is the best thing that has ever happened in the NDDC. But the other woman, Joy, is saying that there is no forensic audit
going on there, and it could be true. I want to know if it is going on; some of the companies doing it are unknown; why not go for known
organisations rather than office of the Auditor- General of the Federation. We should bring an international reputable organisation that would work together with the office of the Auditor-General of the Federation to solve this problem. Recent denials by lawmakers that they did not collect contracts from NDDC could be checked by a forensic auditing. All this back and forth between the Minister and the lawmakers is
diversionary; let the forensic auditing be done so that Nigerians can know what happened. So, with that those who collected money and did
not do the jobs can be held accountable.

What is your take on ethnic leaders taking President Muhammadu Buhari to court over lopsided appointments in his administration?

Why not? I do believe that any group that decides to resort to court to address its grievance is doing what is normal in civil society. The group can decide to fight the country and Nigeria would not be safe for everybody, but they choose the pact of the court which is the right thing to do. Now, the court can look at the issues with integrity and dispassion. We would see whatever comes out there; we expect the two sides to respect the decision of the court. It is the right thing to do.

Your party recently fused into the APC; what is your position in the party now?

Once we have dissolved into APC, it is the weaker party dissolving into a stronger one. We are now members of APC; all our members have registered in their wards. We instructed them to do that. But you know the party had already held its primaries when we came in,
another opportunity would come soon when a new primary is here later and we can benefit. There are people who just joined; even Dogara just joined the party now.

What is your take on the killings in Southern Kaduna?

What is going on there is unfortunate, the Governor is doing his best, the army and the police, but they have not gotten a solution. The ultimate solution is for those people to live in peace. But if I have my way I would advise that a bill be proposed to make open grazing of cattle, livestock illegal. So, whether it is Ruga, or cattle colony, anyone that would work in a
state should be adopted. For example, the whole of the Southeast may not be big like the
whole of Niger State, so, when you talk about cattle colonies, it can be done in a place like Niger State. Ranching is a private business, if this is adopted the issue of herdsmen having clashes with farmers would end and the livestock rearing would produce results. Those of them who are roaming about would be more confined to a location where some of these young boys can go to school. You would
see that if this is done 90 percent of these clashes would end. We would now be left with banditry, and the rest. Government should
find a solution; we cannot just allow these killings to go on.

What is your take on the September gubernatorial election in Edo State?

INEC must apply technology; people have forgotten that Kaduna State government ones allowed electronic in the conduct of local government election in the state and because that system does not allows
manipulation, and PDP which was the opposition party won six LGAs in
Kaduna. That is different elsewhere, where the ruling party often wins 100 percent in Local government elections. So, after that the Kaduna State Governor reversed that and returned to writing of votes. If the Edo election is free and fair, the votes would count; our democracy would experience something good, there would be less violence. But if it is as usual, there may be violence, result challenged, and we
may not achieve much. Having said this, let me commend President Buhari, who in recent
elections had never shown interest in his party candidates or any person, until a winner is declared. I hope INEC conducts a free and fair election.

We plan to create jobs, enhance wellbeing of Abians- Ikpeazu