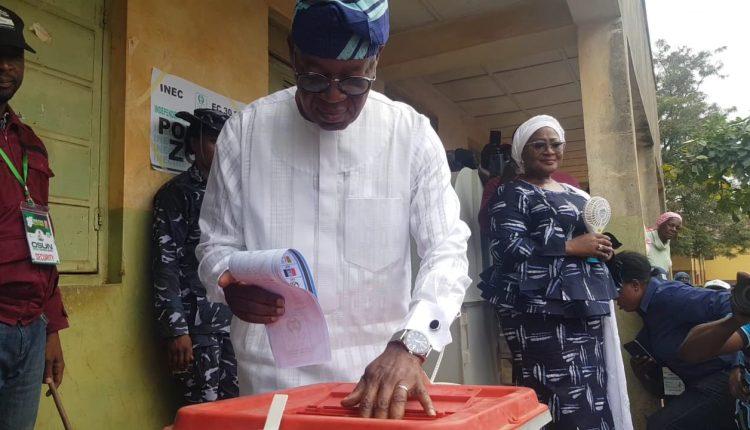 Adegboyega Oyetola, Osun State Governor and governorship candidate of All Progressives Congress (APC), says he has taken cognisance of the results of the governorship election in the state as announced by the Independent National Electoral Commission (INEC) and will respond appropriately.

The governor, who was defeated by Ademola Adeleke of the People’s Democratic Party (PDP) in the recently concluded governorship election, said he would need time to study the results as declared by INEC and consult with some critical stakeholders of the party, before a response.

In a statement issued by his Chief Press Secretary, Ismail Omipidan, Oyetola called on his supporters to remain calm, and the people of the State to go about their businesses without let or hindrance.

Peter Obi received in a grand style by people of Adamawa, pledges to move Nigeria…

How tribe, poverty will influence 2023 elections