APC and the endless reconciliation committees 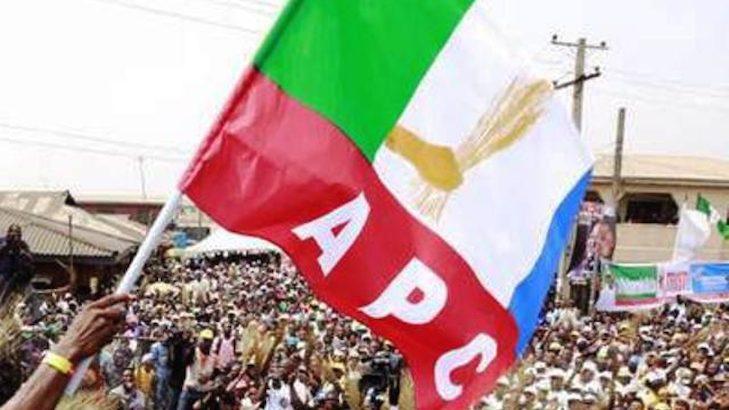 In political associations, as in all other human institutions, people agree and disagree on issues.

Even in natural families, people who are biologically related still disagree among themselves.

In politics where personal interests override national interest, politicians are easily offended when others try to get in their way.

This has been the lot of the All Progressives Congress (APC) since it came to power in 2015. The party has oscillated from one internal wrangling to another, necessitating formation of many reconciliatory committees to calm frayed nerves.

The APC seems to be in what could be described as “an endless search for peace.”

Since after the 2019 general election, particularly, the party has continued to constitute one reconciliation committee or the other.

Unfortunately, none of the committees has been able to achieve its mandate until it is either overtaken by events or another one is formed.

The party’s crises became more pronounced when it made Adams Oshiomhole its national chairman in 2018.

when he deviated from the normal indirect mode of primaries and introduced the direct method in which all registered party members participate in the nomination process, unlike the indirect method where only selected delegates vote.

That was almost contrary to the position of the highest party organ, the National Executive Committee (NEC) that states should choose among; the direct, indirect and consensus method based on their individual priorities.

Rather than allow states to choose for themselves, the modes of primaries they found convenient, the then APC National Chairman imposed on each state the primary method that pleased him, which some members said were aimed at getting at some of his “enemies”.

This generated lots of crises as different factions in many states used both direct and indirect methods, leading to parallel primaries with serious acrimonies and altercations that made APC to go into the 2019 general election wounded as fractured eagle.

The direct primary method pitted many governors, ministers and senators who were stripped of powers of selecting delegates that could do their biddings via indirect primary, against Oshiomhole.

Party chieftains blamed Oshiomhole for APC predicament in Zamfara where all its elected candidates including the governor were sacked by the Supreme Court.

The then APC Chairman also came under attack for his alleged role in the emergence of Biobarakuma Degi-Eremienyo, the Bayelsa deputy governorship candidate, whose inconsistent records led to squashing of the joint ticket with Lyon, who was hours away from being sworn in before the Supreme Court verdict.

Oshiomhole was sent packing, following a resolution of the National Executive Committee (NEC) of the party which dissolved the entire National Working Committee (NWC) he was heading.

Before his exit as the NWC chairman, Oshiomhole had already constituted a high-level 10-member National Reconciliation Committee headed by the President of the Senate, Ahmed Lawan.

Lanre Issa-Onilu, the then APC national publicity secretary, said setting up the Committee was in line with the November 22, 2019 resolution of the Party’s National Executive Committee (NEC).

Issa-Onilu had stated that the Committee was empowered to address grievances of party members and resolve existing conflicts, all with a view to fostering unity and oneness within the party.

While the Lawan-led Committee was yet to be inaugurated, APC under Oshiomhole reviewed it with Bisi Akande as chairman, Governor of Niger State, Abubakar Sani Bello, Governor of Osun State, Gboyega Oyetola and Senate Leader, Yahaya Abdullahi as members.

In his opening remarks at the inauguration of the reviewed Committee, Oshiomhole had said the constitution of the Committee to be supervised by President Muhammadu Buhari was part of the recommendations of the last National Executive Committee (NEC) of the meeting.

Oshiomhole said the basic terms of reference for the Committee included identification of intra-party squabbles, co-opting persons who can make useful contributions and make appropriate recommendations that would turn around the party.

He however, stated that other details of what is required of the Committee would be discussed behind closed doors as journalists, staff of the party and other guests were asked to leave the hall where the inauguration took place.

“It is customary for a progressive party to have internal contestations we disagree but agree. Your acceptance shows that we have members who are desirous to make peace in our party,” he said.

In his acceptance speech, Chairman of the Committee, Akande had said they have accepted to serve and they would do everything to the best of their abilities to resolve the crisis rocking the party.

“I felt trembled but when I read names of my colleagues I am emboldened. On behalf of members of the Committee, Mr. Chairman, we accept to serve,” he assured.

It was however, not certain whether the Akande Committee carried out its duties until Oshiomhole was removed and the Governor of Yobe State, Mai-Mala Buni and former National Secretary of the party was appointed Caretaker Chairman.

Buni on the other hand, constituted and inaugurated Reconciliation Committee but for Imo and Ogun with the Governor of Jigawa State, Mohammed Badaru as the Chairman and Governors of Ekiti, Kayode Fayemi; Plateau, Simon Lalong; Nasarawa, Abdullahi Sule as well as Gombe, Muhammed Yahaya as members.

In his address at the inauguration, the APC Caretaker/Extraordinary National Convention Planning Committee, said the constitution of reconciliation team was part of some peace building and true reconciliation mechanisms, to give every member a sense of fairness and belonging initiated by the caretaker.

The Yobe State governor expressed confidence in individual and collective capacities of the members of the committee in executing the assignment with sense of fairness, justice and responsibility, placing party interest above personal interests.

“I am equally fulfilled that our exploits in reconciling our members in Edo and Ondo states has strengthened the party and further expanded our chances with assurances of winning the governorship elections in the two states with landslide victories,” he said.

“Let me also add that the on-going reconciliatory initiatives of the All Progressives Congress, will soon shock Nigeria’s political space with massive return of former members who felt aggrieved and unwillingly went to other political parties.

“Therefore, it is in the spirit of the ongoing reconciliation that the chairmen and members of the Imo and Ogun states reconciliation committees were carefully selected to reconcile aggrieved members and groups within the party,” the governor further said.

Addressing journalists, the Committee Chairman, Badaru said the team so selected was conversant with the party’s situation; had carried out similar assignment and knew the problem, hence it would know how to resolve the issues.

Two weeks later, President Muhammadu Buhari, leader of APC himself, inaugurated a Tripartite Consultative Committee of the Executive, Legislature and Leadership of the APC at the State House for amicable resolution of conflicts in the party through regular consultations to create more understanding.

Others were: Attorney General/Minister of Justice, Abubakar Malami; Secretary to the Government of the Federation, Boss Mustapha; Chief of Staff to the President, Ibrahim Gambari and Secretary, APC Caretaker Committee, Akpan Udoedehe.

“Our party commands a clear majority in the Senate and the House of Representatives. The Vice-President, the distinguished Senate President, the Right Honourable Speaker and I all belong to APC and the working relationships between the Executive and the Legislative have been excellent so far. Our joint responsibility is to keep things that way and see where we can improve our communication and coordination.

“But we must admit to ourselves that our party has been too often embroiled in bitter and on occasions, totally unnecessary squabbles costing us seats in legislative and gubernatorial elections.

These never should have happened. We are here to make sure such occurrences do not happen again. We must now ensure regular consultations between the party and the governments”.

Recall that in February 2018, President Buhari had designated Bola Ahmed Tinubu to lead the consultation, reconciliation and confidence building efforts in the APC.

Tinubu’s assignment had involved resolving disagreements among party members, party leadership and political office holders in some states of the Federation.

His appointment came at a time when the party was bedeviled with crises in many states, including Kano, Oyo, Rivers, Kogi, Kaduna, Zamfara and Osun.

Attacks on protesters is a declaration of war against Yoruba -YWC