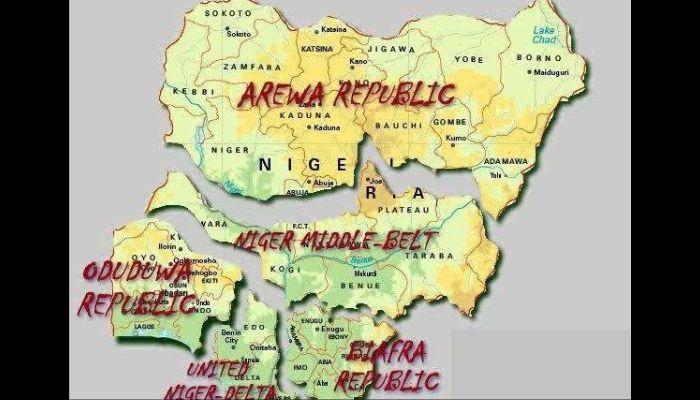 Few weeks to the commencement of the campaigns ahead of the 2023 general election, Nigerians have demanded that restructuring should be the cardinal issue in the agendas of the presidential candidates.

Speaking in separate interviews, they said restructuring the country along regional lines would help to ensure equity, justice, peace in Nigeria.

They added that it was imperative that Nigeria is restructured to make it functional optimally as a country of multiplicity of languages, cultures and religions.

Idowu Omolegan, activist and lawyer, noted that restructuring of the country was the most important campaign agenda that many Nigerians want to see and hear in the agenda of the candidates.

He said: “You know I don’t believe in this system. I believe that there is no issue more important now than the need to restructure present-day Nigeria.

“I am of the view that if the presidential candidates are serious about solving the problems we have today, it is to restructure Nigeria. We have to go back to our original federal system, not this unitary system imposed on us by the military, we have only retarded as a nation.”

Femi Okurounmu, a former federal lawmaker and chieftain of the pan-Yoruba socio-cultural organisation, Afenifere, said the country had no future with restructuring, adding that it was necessary for the country to move forward.

He said: “There is no future for Nigeria without restructuring the country. Look, the country is more divided now than before and it is because a particular ethnic group has been imposed on the country; they dominate everywhere.

“Nigeria is not one nation; until we realise that, we would not move forward.”

In recent years, there have been increased debates on restructuring of Nigeria; agitators say there was the need to embrace true federalism to be able to overcome its current woes.

However, Atiku Abubakar, former vice president and presidential candidate of the People’s Democratic Party (PDP), has made restructuring one of the focal points of his agenda if elected president in next year’s election.

Atiku also promised to focus attention on the unity of the country, insecurity, economy and education, among others.

For Chijioke Umelahi, a former Abia State lawmaker, the country has been static across all developmental indices since the turn of democracy in 1999 because of the lack of restructuring.

He said: “We are facing serious security challenges, underdevelopment and corruption in the country today because of the lopsided laws and policies, overbearing power at the centre, unrealistic revenue sharing formula, among others.

“If the states have autonomy to raise their own security outfits, each will deal with banditry, kidnapping, unknown gunmen, herdsmen attacks and Boko Haram in its own way. Imagine most states living on revenue from a few states and yet the states they are milking have nothing to show for it.

“Restructuring will engender competition, excellence and peace because the ball is in the court of the states and they know the implication of playing it over the goal post.”

Looking at the three major contenders for the presidential seat in 2023, Sam Onikoyi, a Nigerian researcher in Belgium, said it is only from Peter Obi’s angle that restructuring seems possible because solving all the issues he is bringing to the table is equal to restructuring.

“Atiku Abubakar has been clamouring for restructuring in all his former campaigns, but it seems he is silent now because he does not want to offend some vested interests, same as Bola Tinubu because both think winning the election is what matters most now than the topical issue that needs to be addressed.

“For me, restructuring, across all sectors is what Nigeria needs, starting with security and the economy because business cannot thrive in insecure environment, economy cannot grow when there is no business and there will be no money to run the country and provide all the fantastic amenities they promise during campaigns,” Onikoyi said.

He further noted that the quality of education is going down because of lopsided policy that favours a section of the country, aviation and seaport activities are restricted to some areas because of same lopsidedness in policy, hence need to restructure the country as a whole, review the constitution and ensure true federalism.

“I don’t think Nigeria is up to 200 million people, and the proposed census should be cancelled in the face of insecurity. We need restructuring first to ensure we are playing at the same and fair levels or else the country will heat up and blow up soon. People are tired of the injustices, manoeuvrings and intimidations that have seen exodus of people from the country in the last seven years,” he warned.

Umelahi, on his part, reiterated the need for restructuring, saying that running the country in the next four-eight years without restructuring would be tantamount to digging the grave for the country as lingering insecurity, harsh economy, resultant exodus of Nigerian professionals abroad, continued dependence on imported fuel, and favouritism would sink the country.