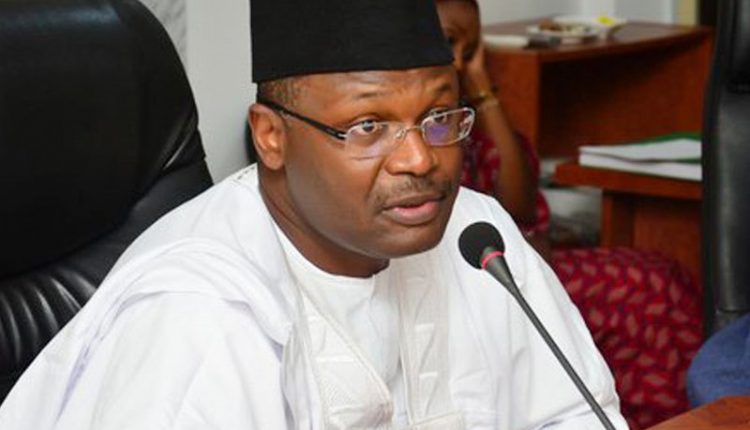 The House of Representatives has directed the Independent National Electoral Commission (INEC) to refund the extra N73 billion released to it for the 2015 elections instead of the N45 billion approved for the Commission to the Federal Government treasury.

The Green Chamber also accused the Accountant General of the Federation of engaging in extra budgetary expenditure contrary to the powers conferred on the office by approving additional funds for the conduct of the 2015 general elections.

The Chairman, House Committee on Public Accounts, Oluwole Oke who stated this Tuesday at investigative hearing also asked the Accountant General to provide a balance of N16.9 billion from another N36.9 billion approved for INEC by the Presidency, out of which only N10 billion was paid to the Commission for the 2015 elections.

Oke stated that the approval of N107.7 billion for the electoral body and the disbursement of the additional N73 billion against the N45 billion budget for INEC amount to gross application and abuse of office by the Office of the Accountant-General which is in charge of public treasury.

Making reference to another audit query from the Office of the Auditor-General of the Federation, Oke said N37.428 million was also withdrawn from the 10% rice milling funds for the election.

The Public Accounts Committee Chairman demanded that the Accountant-Generel should explain the direct deduction of the fund from the Federal Government’s account.

Responding, representative of the Accountant General and Director of Accounts, Emma Olawale said the funds advanced to the electoral umpire were approved in 2014 by the then President, Goodluck Jonathan.

Olawale explained that the Accountant General Office wrote to the Presidency and the then Coordinating Minister for Economy, Ngozi Okonjo-Iweala and got the approval to advance the funds to INEC.

Amina Zakari who acted as INEC Chairman at the time of the release told the Committee that the Commission wrote to the Presidency and the Accountant-General’s Office and got approval for the funds.

While Zakari said INEC was not mandated by law to refund any fund approved for it for election purposes, the lawmakers insisted that the approval of the funds by the Accountant-General’s Office was in breach of the financial regulations.

The Committee Chairman therefore demanded that the request and approval memo of the funds be made available to the Committee and invited the Director-General, Budget Office of the Federation, Ben Akabueze to appear before the probe panel at the next adjourned date for clarifications.

Also, the Comptroller General of the Nigerian Customs Service (NCS), Hamid Ali faulted the claim by the Accountant General that the N38.6 billion released to the Service in 2014 was a loan, saying the money was part of the statutory budget of the service.

He informed the Committee that the amount represented an intervention fund that was duly appropriated for in its budget for the year and was not meant to be a loan.

Ali said a presidential directive to the Accountant General approved the payment, disclosing that the final amount was N67 billion short of the over N100 billion approved for the Service to meet the contingence of the time.

But Olawale who represented the Accountant General said, following the presidential directive to make the money available to the NCS, the Office made extra-budgetary mopping up of funds from other sources to meet up the payment.

He said in consultation with the Director of Budget, it was decided that the payment be turned into a loan to be recovered from the agency’s in the following year budgetary allocations.

However, Ali countered him, saying at no time was the Service informed that the money so approved and released to it was a loan.

The Committee Chairman demanded evidence of having recovered the said loan over the years and directed the Director of Budget to appear alongside the Accountant General at the Committee’s next sitting to clarify the issue.