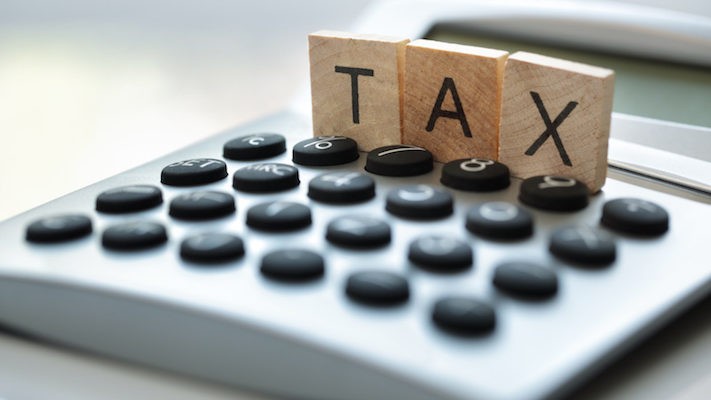 This article is spurred by an investigative report I read on Premium Times titled, SPECIAL REPORT: Exploitation, eviction threat ‘killing’ residents of a Lagos island and published on April 15, 2021. The report covered the residents of Sagbo Kodji who were threatened with eviction notices. The fact that the eviction was not what really caught my attention must indicate how numb I, like many other Nigerians have become to such issues (perhaps because I have read or/and seen a lot of cases like this). However, I guess a humanity check spurred me to write on this after reading the plight of the residents. Point to note was the experience of one Mrs Taiwo who spends about N1600 a month on daily water purchases and another Ms Deborah, who sells cornmeal (ogi) to the residents: “If I fetch the water, I will wait for some hours to allow possible dirt and particles to settle. Any day I don’t see colourless water, or there’s no water at all [at this well], I end up spending N600 on water that day.”

In a recent project embarked by an NGO trying to provide potable water to a Lagos community, the possible intervention of waterpreneurs (as described in the report) was a risk factor highlighted by the participants because once a solution is provided to communities in need of water, these private ‘investors’ are out of business. So, they will do anything within their power to prevent and thwart any possible intervention. In the first place, this sort of project should not be handled by a NGO – ha, the irony of it. A non-governmental organisation intervening in a government’s responsibility. Now, why and how does this concern taxes?

Whenever I listen to educated people talk, I sometimes take a break to really align the theories espoused to the realities of everyday Nigerians. I try to link the theories taught in school to real-life scenarios. I ask myself, are we just speaking from a privileged position or trying to impress the audience with our knowledge? Or, are we theoretically knowledgeable but not practically exposed enough to the system? Often times, I hear some presenters and analysts say, “Nigerians don’t pay taxes, so they can’t expect to get ABC” or statements like, “Nigerians have a bad attitude towards paying taxes, thus we can’t expect the government to provide DEF”. While true to an extent, I think we need to review such thinking in line with the 36 states and FCT, 774 local governments of the 206 million people of Nigeria. Perhaps, those who tend to make these statements come from a formal sector, thus, ‘paying taxes’ connotes formal filing of taxes annually, as is done in more developed economies. The informal sector who do not kowtow appear irresponsible in their submissions.

Using Investopedia’s definition, “taxes are involuntary fees levied on individuals or corporations and enforced by a government entity—whether local, regional or national—in order to finance government activities”. Whilst in school, I recall learning about the different types of taxes, particularly, direct and indirect taxes. While the direct tax must be paid directly by the taxpayer and cannot be deflected to someone else, the indirect tax is indirectly paid by the taxpayer and can be passed on to someone else. In simple English, a direct tax is directed at the taxpayer – you must pay it, it is issued by the government to you to pay on any income or profit you make. Examples include income tax (including employment), corporation tax, capital gains tax and wealth tax. The indirect tax on the other hand, using the logic used for direct taxes are not paid directly; they are paid through an intermediary to the government. Examples are sales tax, VAT (Value Added Tax), customs duty among others.

This is not a technical article trying to teach people what taxes are but permit me to highlight some benefits and disadvantages. While direct taxes are equitable (the higher you earn, the higher your taxes and vice-versa) and used to redistribute income (the rich pay more), tax evasion is the king here as people try to underreport their income or wealth. For indirect taxes, the poor (who have been saved by tax equity under direct taxes) pay their indirect taxes as civic duties to the government. Indirect taxes are also easier for governments to collect than direct taxes. Thus, when the prices of goods and services go up, the poor pay too. They simply cannot escape it!

In the recently published statistics by the National Bureau of Statistics (NBS), last year, Nigerians paid 1.5 trillion naira as VAT (indirect tax) compared to 1.4 trillion in company income tax (direct tax). Comparing VAT to company income tax in terms of percentage contribution to the non-oil sector, VAT vs CIT for 2015 was 39% vs 61%; 2016 – 43% vs 57%; 2017 to 2019 – 44% vs 56%; and 2020 – 52% vs 48%. The figures for VAT were 884 million naira in 2015; 2016 – 777 million naira; 2017 – 972 million naira; 2018 – 1.11 trillion naira; 2019 – 1.18 trillion naira and 2020 – 1.53 trillion naira. Looking at these figures, we can see how ‘progressive’ VAT has been – in 2019, the Nigerian government disclosed the increment of VAT from the previous 5% to 7.5% citing poor collection rates, the need to meet NLC’s minimum wage requirement and to finance capital expenditure. Thus, the increase in VAT should not come as a surprise. A further breakdown of last year’s VAT provides insight into the top contributing sectors – professional services including telecommunications (the everyday Nigerian recharges their phones and buys data), other manufacturing (everyday Nigerian buys goods in the market), commercial and trading, breweries, bottling and beverages (no need explaining how much we love to eat and drink!), state ministries and parastatals as well as transport and haulage services (no surprises here especially due to the lockdown but Nigerians also move from one place to another).

Data from the Central Bank of Nigeria’s annual statistics also reveals that, for local governments, after the Federal Allocation (about 70%), Value Added Taxes (about 23%) are the top contributors to their revenue. For the states, data released by NBS show that PAYE and direct assessments accounts for 65% and 3% of internally generated revenue respectively, road taxes are 2%, MDAs – 13% while other taxes are 2%. I really would have loved to breakdown these figures but a constant feature shows that Lagos State in particular knows how to collect taxes very well! It must not be lost in sight that the Nigeria Customs Service announced a record-breaking 1.5 trillion naira in 2019 and the House of Representatives raised their revenue target to 1.6 trillion naira this year – think about import/custom duties (indirect tax) for a nation that is heavily dependent on imports.

To whom much is given, much is expected. If every Mrs Taiwo had good water supply, the N1,600 she spends on water will be put to better use – like electricity, she will pay if she is guaranteed supply. For everyday Ms Deborah cannot sell ogi, the government is losing money she could have paid in taxes from her sales or levies. For the infrastructure gap exploited by the waterpreneurs, the government continues to lose money to private individuals. For every government policy that kills an industry or puts people out of jobs, there is less revenue to be expected. Those who are jobless cannot afford to pay many taxes – if they go into crime, they will never declare their income because it is illegitimate.

Unemployment rate is at an all time high of 33.3% so the hope of obtaining direct taxes may dwindle. However, the everyday Nigerian pays taxes – from local government permits, shop fees, transport costs, recharge cards, goods bought at supermarkets or open markets, newspapers and so on, Nigerians pay their taxes. The okada rider, bus driver or taxi driver who takes off from a park or is stopped on the road is paying a tax. The market women who are sometimes harassed by council staff are paying a tax. Whether she gets a receipt or not is not her job, it is what the system permits. What should be championed is to channel the systems for tax collection and block loopholes by various governments (FG, State and LG). Even the best systems have tax evaders and underground economies, let alone a porous one but the disincentives deny you of accompanying benefits. Need I recall that Nigerians have overtime learned to be their own governments, thus, the allure of benefits does not send a thrill. Taxes are psychological as well as emotional – payments will be viewed as a form of punishment or unnecessary burden rather than a voluntary cum patriotic/necessary payment.

If we do not acknowledge institutional gaps and fix them, they will continue to pose problems going-forward. The more we solve the problem from the top rather than the root cause, we will continue to score empty goals. As long as LGs will be rendered ineffective or State Governors fear competition in terms of performance from the LGS, we will continue to miss a lot. The closest to any people is their local councils – this is where the tax net can be widened. This is where the everyday market woman, tradesman and resident connect to the government. This is where most of the indirect taxes are collected via fees, levies, permits, licences among others. Understanding the way the political system runs may make these submissions look naïve but the grassroots is the foundation for growth – there may be political obstacles but if we do not get it down to the LG level, we will repeat the same mistakes over and over.

Lastly, whenever Nigerians are told to “ask not what your country can do for you, ask what you can do for your country”, I understand the call to action. However, if the government collects taxes and does not provide commensurate service in return, oh well, your guess is as good (or maybe not) as mine!