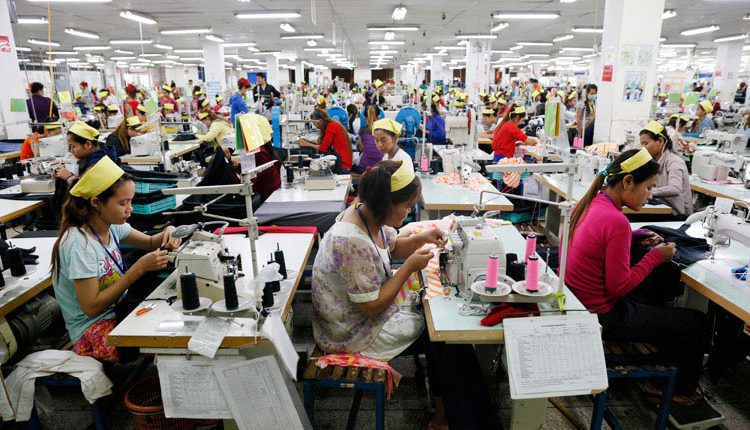 The expeditious industrial transformation and economic development of several East Asian (EA) countries such as South Korea, Singapore, China and Taiwan over the last half century has dominated the literature of Development Economics since the end of the Cold War. Postulates that attempt to account for how such extraordinary transformation came about have come to pervade discourses on development.

The growth story of these countries, in terms not just of their pace but their consistency and sustainability over an extended period, remains outstanding, unmatched even by some of the newer and impressive growth stories – such as Vietnam in the Indo-China region. As recently as the early 1950s, these EA countries were written off by economists as basket cases. In fact, Africa was predicted to have the potential of developing much faster than these countries considering its natural resource endowments.

In this light, these newly industrialized economies have taught developing countries such as Nigeria that economic development and sustained growth are realizable despite one’s history, geography, culture, natural resource peculiarities etc. The key factors responsible for East Asia’s transformational growth which inversely explain why erstwhile comparators (mostly in Sub-Saharan Africa) failed in their own quest for economic transformation include: political stability within the principal reform years; the major role of a committed, capable and credible state in facilitating and coordinating economic development and industrial growth; sound macroeconomic management; and economic thinking. The latter featured a heterodox mixture of the essential elements of contrasting development paradigms in the way these countries designed and implemented industrial policies.

To illustrate, during the era of dominance of the Import Substitution Industrialization (ISI) and “Big Push” (old structuralism) theories, shortly after World War II, some East Asian countries colandered and adopted several instruments of this economic ideology and combined them with elements of the counter ideology – the neoclassical school of thought (openness and outwardness). An instance is that while some of them created, protected and nurtured infant industries for years, they also looked beyond their domestic markets for opportunities and prospects. These concerned firms were outwardly oriented, a condition which facilitated and enhanced their global competitiveness. They produced largely not only for the domestic market but for exports as well. In addition, while their peers in other parts of the world protected domestic markets for only local firms, EA countries such as China used the market protection as a bait to attract foreign investors that were looking for large foreign markets.

Relatedly, some EA countries, whilst continuing to substitute imports, foreign investors were also lured (although into targeted industries in some of the countries) and encouraged to enter into joint-ventures with local firms, which facilitated technology transfers, occasioned learning spillovers and large social gains, and enabled the countries venture into new and high-productivity economic activities.

Contrasting this approach, most of the old structuralism countries did not particularly seek foreign investments. Developing countries such as Nigeria during this epoch took this ideology hook, line and sinker, and instituted an indigenization decree in 1972.

When the wave migrated towards the Washington Consensus’ laundry list of liberalization, openness and macroeconomic stability, withdrawal of industrial policies, and relegation of market failures (the main stumbling block to industrial success) in the 1980s, EA countries retained their industrial policies. And their governments continued facilitating investments for industrial restructuring and upgrading. Countries like Nigeria on the other hand, simply followed the bandwagon, and laid lesser emphasis on their industrial policies. In this light, the most essential feature of the East Asian industrial experience is the role of the government in mounting effective and heterodox industrial policies through which the developmental states in the region were able to stimulate structural change, guide industrial growth and address market failures. Unpacking this, and focusing on strategies that could be employed contemporarily by learning countries such as Nigeria, there are still several, relevant industrial growth stimulation tactics that were used by the EA countries which Nigeria could learn from and still apply.

First, governmental coordination of investments through providing public inputs and requirements that are necessary for an industry to succeed, and for industrial upgrading from low productivity, low skill to capital, skill and technology-intensive economic activities. In this sense, the EA governments through their industrial policies selected focal industries at different stages of their industrial growth, factoring in their factor endowments and industrial upgrading targets. The rationale for the selection is that binding constraints to firm growth and industrial input requirements are industry-specific, so they picked winners which enabled the governments to selectively provide all necessary soft and hard infrastructures for specific industries. These include a thorough examination of an industry’s value-chain: coordinating input markets; providing transportation and power infrastructure, tax incentives, and access to foreign exchange; ensuring mechanisms for long-term risky finance and investment guarantee, fast-tracking licensing and registration of enterprises; putting in place export promotion schemes; facilitating labour training for specific industries and human capital development; and steadily easing the bottlenecks to trade logistics. These policies effectively addressed market failures and provided information about new industries. Over time, outward investments were encouraged by the government for cheaper locations and markets overseas.

Another common thread running through the growth strategies of these developmental states was the deployment of the cluster approach to industrialization – the establishment of special economic zones (SEZs), industrial estates and export processing zones through which governments incentivized the provision to manufacturers, inputs that the government could not have provided all at once, across the country. First set of SEZs such as in China were established at coastal locations to limit transaction costs to business and spur export growth. They made SEZs an integral part of their long-term national development strategy; started with a few of them & expanded after the few were successful; provided clear legal frameworks for their operationalization; ensured political continuity of the zones; made sure the zones were connected to the local economy; had a proper monitoring and evaluation framework for the zones; while internalizing labour training externalities for firms in the SEZs; and ensuring continuous technological and industrial upgrading in the zones.

With these in place, it was easier for these governments to guide industrial ascent, technological deepening and facilitate self-discoveries by entrepreneurs in more complex economic activities. What followed were a series of incentives and supportive interventions to lure foreign direct investment (FDI) into the respective industrial sectors of these countries. First movers were compensated for externalities in order to facilitate economic cost discovery. In addition, the government partnered with firms by covering part of the costs of feasibility studies and business proposal development.

Third, they established deliberation councils for industrial policymaking which consisted of government officials, and representatives from the private sector, academia and media. For proper coordination of economic restructuring, these councils met often and dialogued. These parleys enabled the government to elicit the specific binding constraints for industrial growth and productivity from the private sector, and have them addressed. These councils were maintained even when the Washington Consensus paradigm advised against them because of the attendant rent-seeking, elite capture and corruption they were prone to engendering.

Fourth, R&D investments for local technological capability acquisition, foreign technology adaptation and pioneering technological innovation was incentivized. The EA countries supported technological effort in several ways, both public and private. Incentives and other forms of assistance were used to promote private R&D while public research institutes were set up in some of the countries. They reduced import duties for imported research equipment, excise tax on technology-intensive products; income from technology consulting was tax-exempt and government agencies that aided firms in commercializing research results were established. In furtherance, the government gave grants and long-term low interest loans to private and public R&D institutes to carry out specific research projects.

Furthermore, considering that new and small exporters face higher costs of obtaining information on export markets, a major barrier to the development of their competitive capabilities, the EA governments purposely worked on overcoming this challenge. They started with setting export targets at the product, firm and industry levels in agreement with industry associations who they often met with. The targets were enforced through denying subsidized credit and import licenses, and preferential tax treatment to poor performers, while successful performers were given continued access to these.

Public personnel had to keep in close touch with firms because they were also held responsible for meeting these export targets. The difficulty new exporting firms face in obtaining export information was addressed through government-sponsored studies of each major export industry, with information on the global market conditions, technological trends and competitors etc. This was specifically done through supporting the development of local trading houses who provided design, technical and marketing information to exporters. As part of this, the EA governments set up trade promotion centres who helped local firms to establish foreign buyers and break into new foreign markets. The centres had highly skilled professionals with MBAs and postgraduate degrees from first-tier universities with periodic training, and as thus offered local firms with some of the aforementioned services including the provision of industrial and packaged assistance.

Finally, away from the debates and counter debates of the proponents of comparative advantage following and comparative advantage defying industrialization paradigms under new structuralism, EA governments fused the perspectives of both schools of thought in designing policy. At first, they focused on low-end industries where they had a comparative advantage, to effectuate firm competitiveness, high returns, and inclusive growth and to tap the backwardness advantage. They also defied their comparative advantage by going into specific high-end industries through calculated leaps as they climbed the industrial ladder in a bid to accelerate technological development, concentrate output and employment in higher productivity industries, diversify and upgrade the quality of exports, ultimately with the goal of avoiding the middle-income trap. As part of the latter, most of them started with processing trade whereby sophisticated product components were imported into the country and assembled with the less sophisticated components which were manufactured locally. This was the strategy behind China’s break-in, for example, into more complex economic activities. As this strategy advanced, the Chinese government set up high tech industrial zones to upgrade the quality of several products.

These East Asian countries have shown that economic restructuring and development is all about guts. As such, considering Nigeria’s present macroeconomic crisis, post-oil Nigeria requires that these lessons from EA industrial experience are internalized for the country to stimulate industrial growth and manufacturing, diversify its economy, and start the journey of economic development. As part of this, Nigeria should mount a long-term industrial agenda for long term strategic visioning and planning. Such policy should be insulated from political power transfers and capture, while Nigeria’s education and training policies are skillfully integrated into it. This policy should be clinically implemented.

The author, Chambers Umezulike is an international development professional and Development Economics researcher. He can be reached through chambers.umezulike@gmail.com and on Twitter via @Prof_Umezulike