What are the political legacies for Nigerian youth? 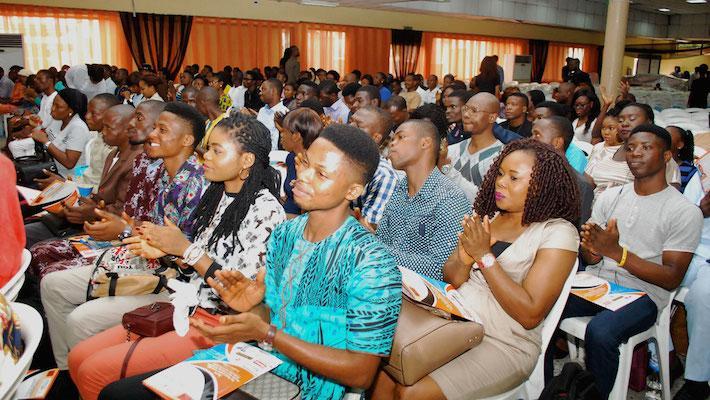 “Youth in other countries are driving forward, building themselves and their people, making their homelands beautiful, bright and stimulating… for, whereas yesterday belonged to our fathers, today and tomorrow is ours. We can and must shape it to our needs and desires.”

That inspiring quote came from one distinguished, yet unsung nationalist, Professor Eyo Ita (of blessed memory). The Efik-born philosopher and patriot returned to Nigeria from the United States (US) in 1933. That was after bagging two masters’ degrees and a doctorate in philosophy. He remained an inspiration to Nigeria’s youth in their educational development back in the 1930s. In fact, it was he who saw to the birth of the Nigerian Youth Movement (NYM) in 1934. The mandate then was on the palm philosophy with the five fingers of Health, Economy, Beauty, Knowledge and Patriotism.

So profound and influential the NYM became that in March of that same year, the Lagos Youth Movement was launched with Dr. J.C.Vaughan as the president. Other members such Ernest Ikoli, Samuel Akinsanya and H.O.Davies became the moving spirits. Its patriotic aim and cardinal objectives included seeking inter-tribal harmony, nationalism and selfless service.

In fact, it saw to the training of the junior cadre of doctors, engineers and teachers in protest against the shoddy educational standard at the then Yaba Higher College. Eventually, it evolved as the catalyst for national cohesion that influenced the return of the great Zik of Africa from Ghana and the increased tempo in the demand for political independence.

It is therefore, a crying shame that 86 years after the patriotic efforts of the Itas, Vaughans, Akinsayas and Davies our current crop of political leaders are running a government that has not only marginalised the youth but consigned them to mass misery. They wake up daily topervasive poverty, huge unemployment, loss of jobs, infrastructural decay and wide-spread insecurity that has not given value for the huge sums so far spent on combating its menace. But too often, we blame our youth for the escalating wave of sundry crimes such as armed robbery, kidnapping for ransom, rape, yahoo-yahoo and terrorism without the elders playing our parts. Prevention should be wiser than cure.

While it is heart-warming that President Muhammadu Buhari recently joined the Nigerian youth in marking the International Youth Day 2020 with a N75 billion Nigerian Youth Investment Fund (NYIF) for their economic empowerment, it is hoped that it will not go the way of the controversial TraderMoni and the palliatives that did not meet the needs of millions of Nigerians during the lockdown due to Covid-19. Besides, the president should fulfill the tenets of the ‘Not-Too-Young-To-Run’ bill. His silence on this critical issue leaves a sour taste in the mouth.

Think about this-when Nigerians, whowere born during the time that the Macaulays, the Ziks and Awolowos were igniting the flames to light up the paths to politicalindependence, still keep a stranglehold on the levers of political power, when will the youth lead this country? Nigeria needs younger, intelligent, resourceful, highly educated patriots as the political helmsmen and women, as with Finland, New Zealand, Ukraine and North Korea.

What we have at the moment is a pseudo-democracy characterised by the desperate demons of electoral fraud, self-righteous despots masquerading as born-again democrats, mass looting of the national till, judicial shenanigans, policy flip-flops, religious extremism, nepotism and ethnic jingoism, with scarce regards for the sanctity of precious human life. They rule by force and fiat, intimidating those with opposing opinions. They express undue focus on the so called Hate Speech without the frontal tackle on its root causes. With good governance, peace, unity and equality of all before the law, why would anyone cast aspersions on the politicians in power?

Surprisingly, we are all asked to keep quiet and keep praising some acts of ineptitude on the part of the policy makers. No! This is antithetical to the tenets of the United Nation’s Freedom of Expression Law as the outcome of the conference on the freedom of information, held in Geneva, Switzerland between March 23 and April 21, 1948. Also known as the Access to Information (ATI), it took root in 1766 when a Freedom of Information Law was introduced in Sweden-Finland. Since then, over 150 countries have adopted such laws affecting over 6 billion inhabitants in the world.

Instilling fear in the people, never to criticize government runs against the grains of the Freedom of Information Act (FoI, 2011) which was duly signed into law by former President Goodluck Jonathan on May 28, 2011. Some other African countries that have also passed national FoI laws include Angola, Ethiopia, Guinea, Liberia,Niger, Rwanda, Sierra Leone, South Africa, Uganda and Zimbabwe, while draft FoI laws in other African states are at different stages in the process towards their adoption.

What moral lessons are we teaching our children, who have to grow up in a thorny, political jungle peopled by power-poaching hyenas and jackals. Perhaps, our current leaders should climbdown from their high political horses to drink from the fountains of knowledge of history. How did democracy evolve and what are its axioms? For the records, ancient city-states of Greece were, for instance, ruled by autocratic kings. But about 700B.C. they were expelled as more people wanted a share in the government process. Soon after, monarchy gave way to aristocracy as the lever of power was held by the few rich men. But, at about 500 B.C., many cities adopted democracy. This was a new type of government that was more people-inclusive.

What Nigerian leaders need to learn from Greek history was the different modes of youth development in the two city-states of Sparta and Athens. Sparta was governed by two kings aided by the nobles. While their youths were groomed under harsh, old-fashioned conditions; caring little for literature, commerce, art and science, their counterparts in Athens were brought up in a sophisticated setting in a more progressive and open-minded city.

According to H.A. Clement, the author of the ‘Story of The Ancient World’, while boys in Sparta who could not withstand severe conditions to become soldiers were left to die in a cold mountain valley, those in Athens were exposed to the arts, science, literature and commerce from an early age. While the youths of Sparta who survived were brought up as soldiers, who were taken from home at the tender age of seven and brought up together, to wear same clothes, with many physical exercises to build their bodies, there was a law in Athens that banished any leader that became too powerful for ten years!

Again, while Spartan youths were publicly thrashed once a year to be used to pains and conditioned to speak as little as possible, the laws in Athens honoured talents, guaranteed justice and threw its gates open to strangers. In all of this, Athens became a democracy but Sparta never became one!

The question before Nigerian youths, therefore, is to choose between the command-and-obey stringent structure of Spartan leadership style and the more liberal and mind-developing format provided by Athens. We are in a democracy and this is the 21st Century globalised world. A word should be enough for the wise.

The delusions of Charles Onunaiju about the PTF

Between school resumption and COVID-19