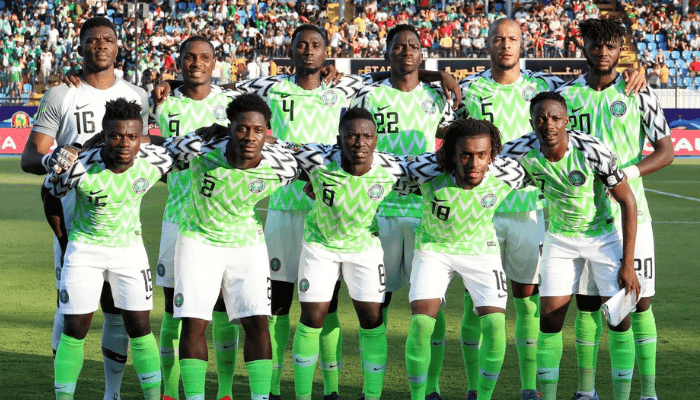 After over two decades of absence, it was a sweet homecoming for the national senior male soccer team, the, as it soared back to Lagos in a most remarkable fashion.

The mission was to secure a spot in the upcoming African Cup of Nations (AFCON) in Cameroon. And the goal was to demolish the Squirrels (of Benin Republic) as well as the Crocodiles (of Lesotho) in the crucial 2021 AFCON qualifying matches.

As soon as news got around that the Super Eagles were in town, not a few soccer fans were excited. Well, who would blame them? Prior till now, their darling Super Eagles have not played in Lagos for over 20 years. So, you can imagine how overtly thrilled they were at the news that the Eagles were back in their favourite hunting ground-Lagos.

Being a super soccer fan himself, Lagos State Governor, Mr. Babajide Sanwo-Olu, was understandably in the forefront of the plans and efforts to make the Super Eagles homecoming a most memorable one.

Characteristically, Mr. Governor pledged to support the team, just as he tasked the technical crew and players to work tirelessly to defeat the Republic of Benin at Porto Novo and also beat Lesotho at the Teslim Balogun Stadium, Surulere, Lagos.

Speaking during a dinner that had in attendance the President of the Nigeria Football Federation (NFF), Amaju Pinnick; Super Eagles Technical Adviser, Gernot Rohr, technical crew and players, at the Lagos House, Marina, Governor Sanwo-Olu, reiterated the commitment of his administration to improving sports activities in the State.

The Governor during the dinner also surprised a member of the Atlanta 1996 Olympic Football Gold Medalist, Patrick Pascal, who is now in the Super Eagles’ coaching crew, by giving him a three bedroom apartment in the newly commissioned 360 units’ Prince Abiodun Ogunleye Housing Estate in Igbogbo, Ikorodu. Sanwo-Olu said it is the state’s modest way of encouraging more youth to venture into sports and bring more laurels to the country.

Expressing great delight at the return of the Super Eagles to Lagos for a competitive football match after 20 years, Sanwo-Olu said: “When it was announced that we are going to have the match in Lagos, we did not only jump at it, we saw it as an opportunity to rewrite our history again.

Read Also: Apapa: Isn’t it time for Sanwo-Olu to ‘name and shame’?

Truly, Lagos used to be the home of football and, indeed, sports in the country. Most famous footballers in the country and, certainly, in Africa came out of Lagos. These include the legendary Teslim Balogun, Stephen Keshi, Peter Rufai, Henry Nwosu, Samson Siasia, Jonathan Akpoborie, Odion Ighalo and many others.

It is, therefore, in order to sustain this noble tradition that the Sanwo-Olu Administration has been supporting sporting activities in different parts of the state. Part of the objectives is to get more youth develop interest in sports, not only as a passion, but also as a source of livelihood.

To this end, the Sanwo-Olu administration has unveiled a plan to build a stadium in Igbogbo and Agboyi-Ketu parts of the state. An integral part of the plan to redevelop sports in the state also include providing all the local teams in the State with the necessary infrastructure they need to boost sporting activities.

Globally, football has become a money spinning sport. Its organisation and management in Europe, especially, is a multi-million dollars venture with all the teams running other sports related businesses. Indeed, all sorts of professionals-doctors, physiotherapists, psychologists, grass men, scouts, etc-are employed by the various teams in their drive for not only soccer glory, but also financial success.

Consequently, in Europe, football has gone beyond the mere recreational activity that it is in Nigeria and other parts of Africa. As a result of the excellent manner in which it is managed in Europe, youths across the continent and other parts of the world have found in football a means through which they could use their talents to escape poverty.

Ironically, in Nigeria, the once exciting local football league that produced household names like Segun Odegbami, Adokie Amaesimeka, Christian Chukwu, Stephen Keshi, Rashidi Yekini among others, has become a shadow of itself.

Hitherto widely followed teams such as the Stationery Stores of Lagos, Shooting Stars of Ibadan, Spartans of Owerri, Racah Rovers of Kano, Abiola Babes of Abeokuta, Leventis United of Ibadan etc have gone into extinction, while popular European clubs like Manchester United, Arsenal, AC Milan etc have been in existence for over hundred years.

Unlike in Europe, where the clubs are purely run as business ventures, clubs in Nigeria are mostly run by the government on a non-profit making basis. Unfortunately, most football administrators in the country do not have the required passion and ingenuity required to creatively evolve strategies to lift the game. This is why some of our footballers travel to less known footballing nations such as Bangladesh, Sudan, and India among others to further their careers.

If we are to offer the teeming youth in the country an opportunity to fulfill their God given potentials, we must change our attitude to sports. We need a complete overhauling of all sporting facilities in the country. Since it seems those saddled with overseeing the nation’s prime sporting facilities are overwhelmed with the enormity of the responsibility, the government can resort to the PPP model.

Sports, especially, football, has vital implications for the Nigerian youth and indeed the nation at large as we continue the process of nation building. The Nigerian youth must imbibe the spirit of self-belief by rising above every limiting environmental factor to achieve set goals. The inherent difficulties of the present moment should not provide an excuse for failure. There are numerous Nigerians that have braved the odds to excel in various sporting fields.

Perhaps, more importantly, governments across the country should intensify effort to develop sports at the grassroots. Decaying sporting facilities must be given a face lift, in addition to providing new ones.

It is only in doing this that we can discover new sporting heroes and tackle the twin issues of job creation and youth restiveness in the country.