Still on the alleged printing of N60bn for FAAC augmentation 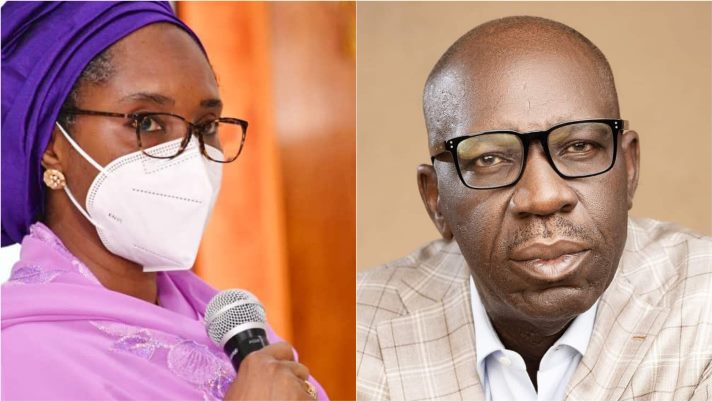 The claim by the Edo State Governor, Godwin Obaseki that the sum of N60 billion was printed by the Central Bank of Nigeria (CBN) to augment the Federal Accounts Allocation Committee (FAAC) revenue sharing for March 2021 remains a trending issue. The allegation was denied by the Minister of Finance Zainab Ahmed while the CBN Governor, Mr. Godwin Emefiele explained that the apex bank must always do the needful by supporting the government in difficult times. The National Economic Council (NEC) has also taken a position, insisting that the statement by Mr. Obaseki was not correct. However, beyond the claims and counterclaims, this touchy matter raises some fundamental questions on how the economy is being managed, both from the fiscal angle as well as the monetary side.

Starting from the monetary view, Section 38(1) of the CBN Act 2007 provides that ‘The CBN may grant temporary advances to the Federal Government in respect of temporary deficiency of budget revenue at such rate of interest as the Bank may determine’. Also, Section 38(3)(a) states that ‘The advances shall be repaid as soon as possible and shall in any event be repayable by the end of the Federal Government financial year in which they are granted and if such advances remain unpaid at the end of the year, the power of the Bank to grant such further advances in any subsequent year shall not be exercisable, unless the outstanding advances have been repaid’. Sharing of revenue from the Federation Account is done on the basis of the allocation formula of 52.68% to the Federal Government, 26.72% to the State Governments and 20.60% to the Local Governments, and what is available is distributed based on this formula. Should there be need for augmentation, drawings can then be made from the stabilization accounts. Thus, if the allegation by Mr. Obaseki is true, then the effect on the economy will be negative in the medium to long-term and also set a wrong precedence on how not to use monetary tools to support the fiscal authorities.

Finally, it is important that sensitive issues such as the one raised by Mr. Obaseki be dealt with at the levels of the NEC and the Governor’s Forum. The Ministry of Finance and the CBN in making their presentations during NEC meetings should provide adequate information and clear any doubts that members may have. It could be that Mr. Obaseki did not get his facts correctly as opined by the Finance Minister because such facts were not made available by both the Ministry and the CBN. Whoever has observed the Finance Minister from close quarters will acknowledge that she is probably one of the best, if not the best, in a government that has practically failed to keep to its electoral promises. Mr. Emefiele has not hidden his passion for standing by the government even at the expense of his primary mandate of managing inflation, which in fairness to him remains a challenge owing to structural bottlenecks that are beyond the purview of the CBN. What has probably played out is that communication and information sharing amongst managers of the economy is inadequate. This needs to improve as it will enhance transparency and help avoid issues such as the one raised by Mr. Obaseki.